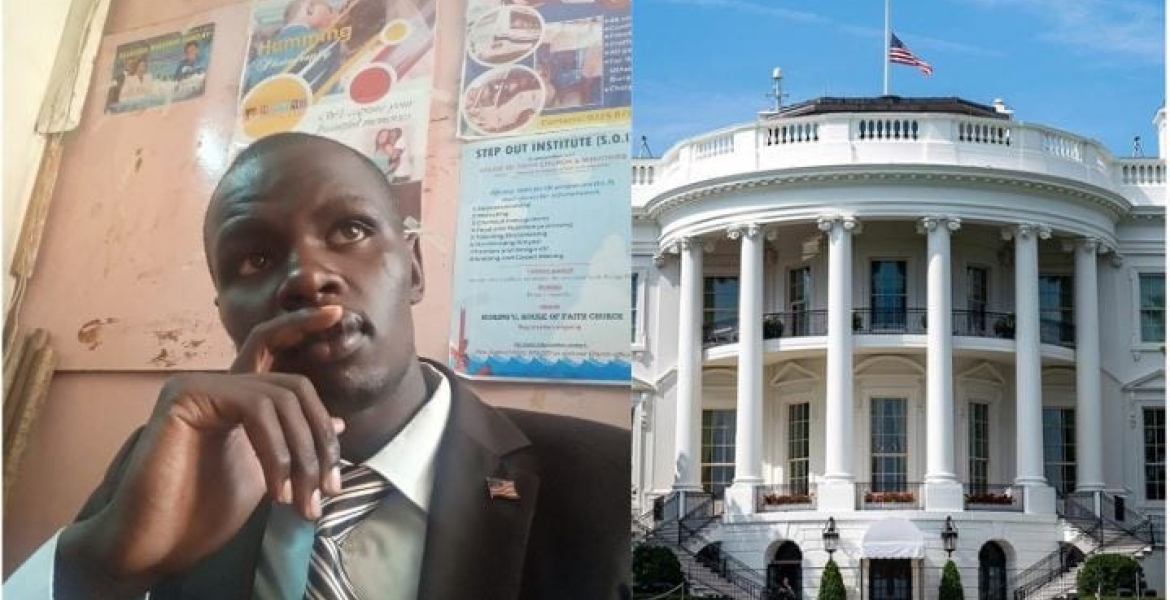 A Kenyan man has become the subject of discussion on social media after his comment on the ongoing protests against the killing of a civilian George Floyd in the US state of Minnesota went viral.

Commenting on a Facebook live post about the protests in Minneapolis on Friday night, Alex G Ndiritu from Nyeri called on protestors to invade and burn down the White House, the official residence of US president.

“Burn White House now…We are not turning back,” Ndiritu commented from the comfort of his house in Nyeri.

His comment alarmed some American citizens who tagged the CIA, the FBI, and the Secret Service calling for action against Ndiritu for ‘inciting the masses.’

Terrence Williams, an American comedian, and actor tweeted a screenshot of Ndiritu’s comment and urged US security agencies to be alert.

“THEY ARE THREATENING TO BURN DOWN THE WHITE HOUSE! We must Protect President Trump and his Administration. All threats must be taken seriously. Please RT to inform the FBI, Secret Service, and the CIA,” Terrence wrote on Twitter.

His post has attracted 8,000 retweets, 9,000 likes, and nearly 2,000 comments. As expected, Kenyans on Twitter (KOT), poked fun at how a man from a rural village in Nyeri ‘caused panic’ thousands of miles away.

@tariqnasheed said: “Yea someone trolling in a remote village in Kenya has to be taken seriously.”

@Itskibicho1 noted: “This Protester is following orders from Alex Ndiritu from his humble apartment in Nyeri. Burning the White House is his aim😂.”

@sgmuriuki wrote: “Alex Ndiritu is tweeting from his humble abode in Pasenga Nyandarua Kenya. He meant to burn the house made of white cardboards to exterminate fleas that have been causing misery to his dog.”

@254_Rock stated: “Someone in rural Kenya threatening to burn the white house in America? is he gonna send fire through western union.”

@Tonnie_tash said: “Kenyans are everywhere and irritating the white supremacists I love my people.”

@ItsMose noted: “This one has never gone past Nyeri 😂 how will he reach the white house.”

Ha ha ha, it seems there are people enjoying the drama from foreign lands.