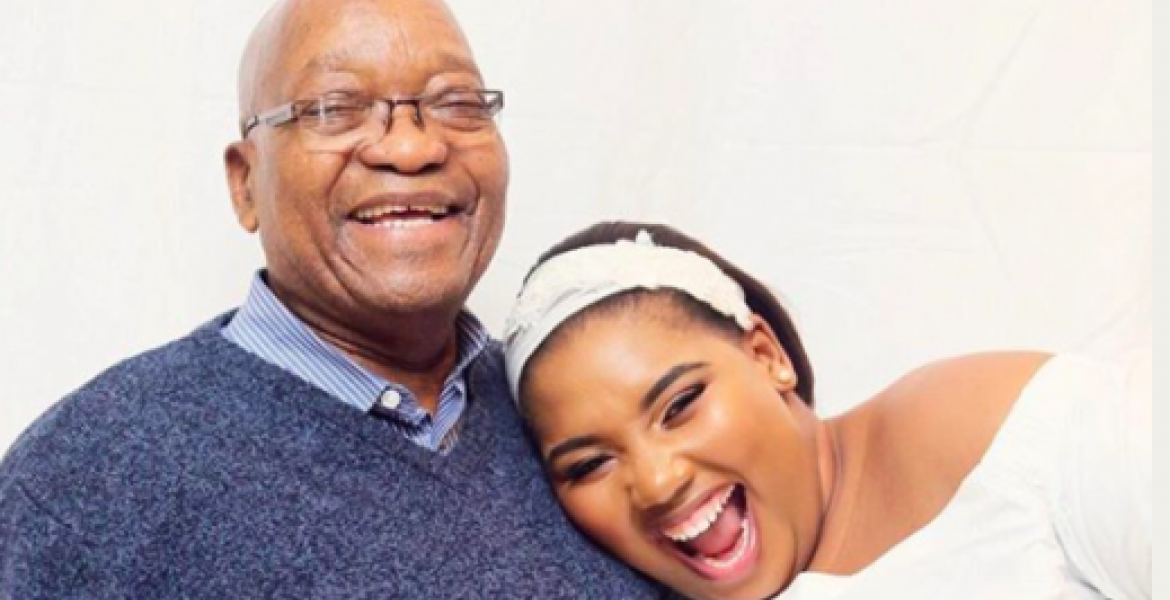 Former South Africa President Jacob Zuma and his 25-year-old girlfriend, Nonkanyiso Conco have split up over unknown reasons, according to reports in South Africa.

Nonkanyiso is said to have moved out of the home Zuma, 78, was renting for her at a high-end estate in Durban, and relocated to her mother’s home in Eastern Cape.

South African daily, Sunday Sun reports that Zuma’s family instructed Nonkanyiso to keep the separation under wraps. She has since deleted all photos of Zuma on her Instagram page.

Nonkanyiso’s estranged father Fartescue Conco confirmed her daughter is now living with her mother. Nonkanyiso and Fartescue have not been in good terms for a couple of years.

It is alleged Fartescue became unhappy after Zuma failed to complete all the required rites and rituals for their relationship and the two-year-old boy the couple share.

Early this year, Nonkanyiso made a confusing Instagram post that appeared to suggest that Zuma was not helping her raise their son.

“I have made peace with that I’ll attend school activities alone, travel the world with him alone and take all responsibilities on raising a boy child and installing best values in his life,” part of her post read.

She later denied painting Zuma as a deadbeat father, saying he has always supported her and their son.

It's allowed here in Africa. It is in our customs.

I would say,its tolerated.I hardly doubt of aparent if a 25year old girl would a llow aman his senior by 30 years to marry his 25 year old daughter unless he is angling for that cash spilling his way.
Rich Older men world over have been known to enjoy,and even marry young girls old enough to be their granddaughters.
Wealth is the beauty of man.

Zuma is just a sugar daddy hanging out with some not so pretty grand daughters! You know he can’t even perform to save his own life; even with a high dose of viagra!

Most african tribes had thsi happening all over the place and we know this chap is traditionalist.

The age gap is too big. 80 yrs and 25 yrs live in different world. 25 yrs is on cell phone taking to her friends, taking selfies and on social media. Guka is working on his dentures, trying to remember simple stuff like whether he is sitting down or standing up. Lastly, they rise to the occasion when it's time for it.

One rises the other one does not.