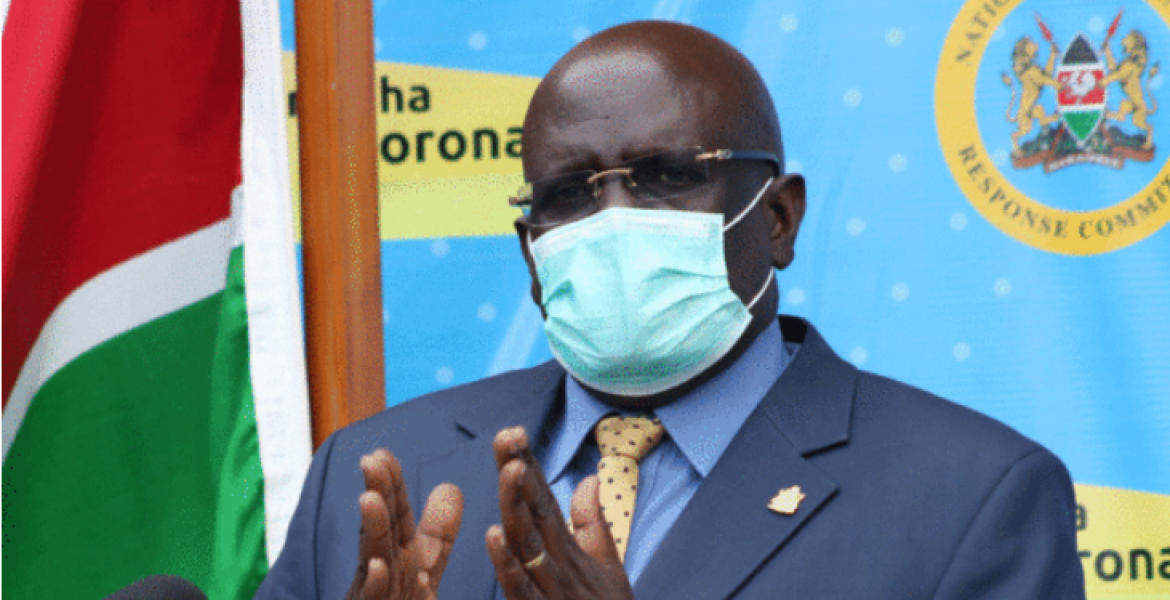 Education CS Prof. George Magoha has vowed to push for the ban of all pornographic sites in Kenya.

Magoha said the sites are to blame for the alarming rate of teenage pregnancies in the country, adding that he will petition President Kenyatta and the Cabinet to introduce a law blocking all Kenyans from accessing pornography on the internet.

“You see when you are not thinking about sex but someone opens a pornographic page then you start thinking about it and generating ideas. Why is that site accessible in Kenya? Who needs it?” posed Magoha.

“Don’t tell us because it is accessible in the US that it should be accessible here. There many countries in Africa and Asia that have blocked it and their culture is better.”

He was reacting to a report released on Wednesday showing that thousands of school-going girls aged below 19 years have been impregnated in the past three months following the closure of schools due to the Covid-19 pandemic.

But Magoha raised questions on the authenticity of the figures, insinuating that they have been exaggerated by NGOs that are keen to push for the introduction of sex education in schools.

“I would like to interrogate the rate of pregnancies because they look obnoxious. I am asking myself as a professor, did these girls go and report that they are pregnant? Who is giving us these figures because they seem to be definitive? Could some NGOs who are keen on pushing sex education be using these exaggerated numbers,” asked Magoha while speaking in Nakuru.

He nevertheless called for tougher action against sex pests who are taking advantage of school girls.

Where is our own path? Kenyans and Africans wake up. No more interference in our education by foreigners. Mr. Mahoga, nobody needs to push anything foreign into our own system. Why do we have NGO'S in Africa ? NGO's are not found anywhere else other than Africa where they use negative propaganda on Africans ? What are they for? After 400 years we dont need to learn their history of racism against the black nation. We now know how they treat blacks in their own countries. We need our own education system. Mr. Mahoga gather Kenyan and Africans together go create our own system of education. Let the NGO'S go and create an education system in their own countries. Their countries need help during the pandemic. We need African education, created by Africans to help Africa.

Is he talking from experience? I have not seen any studies linking the two.
It would be more useful if he vowed the government would provide quality education to all students in kenya.

Children need to back to school.

Is this from personal experience or anecdotal? There are no studies linking the two.

The internet is supposed to be a place of absolute freedom. Don't police it, unless it's a police state

How did you know there was phonograph because you were watching it to. Wacha watu wajipe. we salute you as you head to retirement. Bye