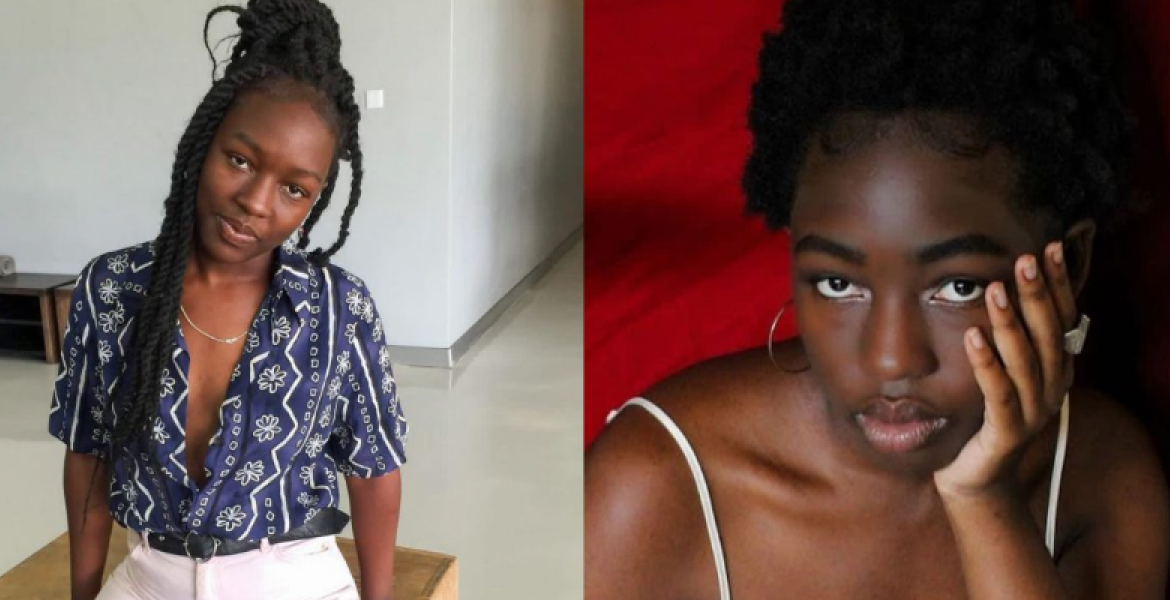 Kenyan comedian Elsa Majimbo has attracted the wrath of Kenyans online for claiming that her bride price is four million dollars (Sh400 million).

Elsa, who was born in Kenya and raised in South Africa, spoke during a show on NTV where she stated that she does not expect a broke man to ask her for a hand in marriage.

When asked about her type of man, she said: “What I expect from that, someone who is broke or someone who doesn’t have money not to approach me, so I tell you what to expect. First of all, my dowry is 4 million dollars.”

Elsa’s sentiments did not go well with Kenyans on social media who accused her of being a ‘gold digger.’

@IamNjoorah tweeted: “Women think they are the only ones who should have standards. A man mentions his standards and he is called toxic and misogynistic. People are not property to be bought. Prizes are won, not bought. Don’t be afraid to reject and call out this type.”

@NasaRevolution said: “Why do some women overrate themselves. First & foremost, ruracio, pre wedding, wedding, dowry payment are all economic scams on men which must be resisted. It's the man who foots such bills yet expected to provide for a family after marriage.”

Felix Muriithi quipped: “When it comes to dowry it’s not you to decide how much one should pay..utanunuliwa na bei ya jioni.”

Philosopher posed: “What are feminists saying about this? Do they agree with their sister that she’s like a commodity to be bought at a price?”

Freddy Mayo said: “She said 4 million dollars!!! I’ve never seen a woman negotiate for her dowry. Mwingine hapa asked for a million but at end of the day we paid ksh15,000.”

@Korakanini exactly! The girl is good looking with a high-self esteem unlike those who give themselves free everyday. She is not limited to marrying a Kenyan. The African continent is big and the world has over 7 billion people. Almost half of those are men. Further, nobody tells a boutique owner how to prize her merchandise hence the same should apply here. If you can not afford it or are not interested move on for chrissake and leave the girl alone.

She is a Comedian punks!

No! She is a piece of trash all consumed by her ugly self! I won’t pay a dime for this punk if I were a man; and she is very ugly too!

Don’t spoil for us gal! We have a major shortage of men as it is right now. Be happy if you could get a poor well mannered man!!

Am not sure what her custom is, but a woman's dowry does not exceed that of her mother. Am sure her father did not pay 4 Million dollars for her mother.

The African culture is full of scams against men. And to make men afraid of not paying up, secret threats of curses is imposed. Grow up Africans and accept modernity and science. Discard backward traditions and cultures.

And what do iget for 4mil.dowery that i cannot get for 19 cows?And at what rate does the dowery depreciate at....$200,000 per year?Wow,i was under the impression that slave trade,or seklling of human being was illegal, iguess one could disguise the sale....You live long you see both the ugly,and beauty of mankind.

Her husband will afford it.

If you can’t afford it, your not her husband to be.

And who will be the husband @grimlin looking!? The girl is so fang looking!! It is even scarcely to look at her! Then her attitude sacks big time?!! Why the hell!!

Sio kwa ubaya lakini inabidi niulize kwani hiyo kitu yake ni ya dhahabu? Kunao watamu kumliko hata ukimwangalia kwa mbali na hawajipei bei, jamani!
Mwanaume kumlipia mwanamke mahari ni utumwa mamboleo, thé dumbest thing a man can do in 2020. What the heck are you paying for? Eti alisomeshwa na wazazi wake ..... je, mwanaume? Si hata yeye alisomeshwa? Paying dowry for a woman is INSTUTIONALIZED PROSTITUTION, period! What else are you paying for except that you’ll be sleeping with her for many years (& we all know what that becomes after many years) Heck, even for that, she enjoys like crazy, gets babies but she’s not asked to pay! Dowry, my foot

Ruracio is not prostitution but a formal wedding in our tradition. The only way you could be considered married in Kikuyu culture is by paying ruracio. Our ancestors did not have married certificates.

If she has a monetary price for herself, then she is not a human being, but a trophy for the one who is willing to pay. The name for a woman who you can get for a given amount of money is a prostitute, or as we used to call them in College, she is a 'Collection' that you found in Town.

Young and stupid. That's all. Her attitude will change as she ages.

Poor girl. We do not sell women to men. It is a marriage to build a family together. Dowry should be equal to what your father paid for your mother.

What a gold digger indeed!? You got nothing worth $4 million in you; not even the looks!!

You just want to kunyakua Mali ya uma and then disappear in the thin air just like many we have seen before you!

You ought to have your lonely heart filled with shame!!

Elsa - Zuma the old Southern African geek is looking for ugly women to complement his dead ego! He will buy you with stolen blood money! You have no clue what a relationship entails! Go to hell!!

In the new Kenya of today @ elsha, you will barely have a street boy to talk to you bearing in mind Kenya is flooded with over a million women who can’t find a suitor! You physical attractiveness is not there either to warrant a single ailing cow in a dowry payment! Enjoy your single life until you hit late 30s when muscles begin sagging in various parts of your body! Ati 4 million dollars? Are you really serious or have you gone crazy? Just look at yourself on the mirror near you and then count $4 million in shilling form! Nonsense!!

@elsa - What have you accomplished in life at 23 years old that is worth $4 million!? No education, no car, no house, no food on the table, no nice clothes, etc?? Boy, talk is very cheap! Stop n m asking a mockery of your self image! You got nothing to show yet!

@elsa, A seriously lost ugly 23 year old making unheard of demands. Read a little a bit about the ratio of women to men in Kenya and Africa - for every one man there are eight woman fighting to get him! Or did you mean to say you will pay $4 million to any man willing to do you a favor in marriage? No crazy man will pay a $1 to even have you for a one night stand!!, let alone a debate about marriage!

If only wishes were horses, even beggars could jump on them horses and ride! You don’t even know how to count 1-10 and you are asking a man to pay $4 mil with you current look? @elsa that is exactly where you are gal; right now!! Very lost indeed!!

When is the last time you closely looked at yourself in the mirror? Please look again before you start demanding the impossible! It will not happen here on the earth for any sane man to pay $4 million for you!! Never yesterday, never tomorrow and never in the future! Period!!

Are you kidding me? Even 100 dollars will be a stretch! I would beat my brother if he paid $1,000,000 for this ugly beast! I would even give him a mouthing if he brought her home for just one night; let alone what my mother would do to him! There is nothing to justify looking at her face; nothing!!!

Dowry is refundable if you ever get a divorce. Will your parents afford to pay back $4M? They better invest it well because divorce are ugly.

Tell her to join a prostitution ring to make the money she desires! She got nothing to offer to humanity; or generally to men! No sane man would take a trash like her to his mother!

She play around no man will protect her from being raped.

Comedian my foot!? Which comedy does she perform? Robbing men? Go to hell you twap!

The uglier looking, the higher the cost! Or what is the logic here damn it? And man with a response?

I have the 4m dollars!

Did she specify US $?. If not we could be talking Zimbabwe dollars which is around $11000 US. That is her ceiling. Avoid the forex bureaus and you may even get a better rate. Then start by lowballing her number then proceed to giving her backhanded compliments like I think you are so strong for not caring how you look. If you have sisters ask them, women are masters are these takedowns. Before long she'll pay you to take her.

If you don't believe, remember if a woman asks you a question like are you planning on wearing that she's not saying wow that looks great.

Johnson, instead of marrying such a slut, get in touch with Virgin Galactic and fly to space. That's worth it....

Don't be so quick to judge the lady and thus condemn her. She probably meant Zimbabwean dollars....

Ruracio has no monetary value for those who belong to that culture. It is a sign of respect to our ancestors,our God and union of family
units member. Those who see it as a way of making money are lost. It cannot be commercialized. It is highly spiritual for those who understand it and must remain as such.