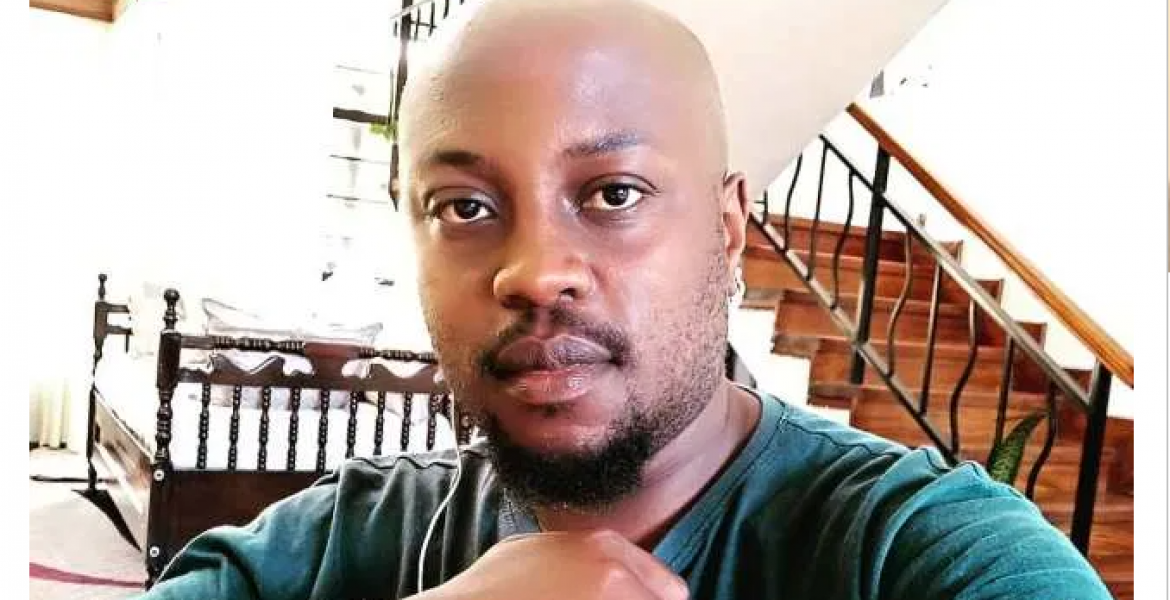 Kenyans of goodwill have contributed over Sh2 million within two days for TikTok sensation Alvan Gatitu who was evicted from his house this past weekend over rent arrears.

As of Tuesday afternoon, Sh2.1 million had been raised in support of Alvan, according to social media funds mobilizer Ndungu Nyoro.

“…yesterday we were at 1.4M. Today, Kenyans have made it Kshs. 2.1M! It's unfathomable how this happened, but as a believer, I know God was in it. Alvan just needed to raise his voice. Thank you Kenyans for saying it's OK for a man to say he's pressed. You know, making it possible for other men to speak out when need be,” wrote Nyoro.

Alvan spent Saturday night in the cold after his landlord locked his house for defaulting on rent as well as water, and electricity bills in the past few months due to the effects of the Covid-19 pandemic on his job.

He requested one of his friends to host him but when he arrived at her place, she instructed security guards not to let him in.

“My last resort is right here where I found a place to sleep. I thought that this friend of mine could help me but as soon as I got to her gate, she told the security guards not to let me in. I then explained my situation to the guards who laid out a carton for me in their storeroom and gave me a duvet as well,” Alvan explained in a video that soon went viral online.

He added that all the friends he reached out to said they could not accommodate him as “they also have their own problems.”

He explained that he decided to record and release the video to remove the shame and pretense that comes with celebrity life.

“There is a day that comes when you can’t put 2 and 2 together and even your friends will fail you, even the brightest fail at times. This is a message to everyone out there, I am here to remove the whole celebrity facade by keeping it real.”

“There comes a time when all you have worked for blows up in your face. When you call your friends and none of them can help you. When you reach out to people and none can give you help. Today is that day for me,” he added.

Alvan makes comical videos for online consumption and has become a TikTok sensation in the recent past. He is also a singer and a former Tusker Project Fame contestant.

That is cool...guy has talent!

Pole sana bro.
I can relate. I was IMPRISONED and TORTURED in NJ U.S.A. and some Kenyans including family from my mother's side laughed at me. They even celebrated and had a party when my dad died after visiting the U.S. I watched my dad cry like a little girl because he saw me in prison-TRENTON STATE PRISON IN NJ. These morons are a bunch of jealous idiots who practice witchcraft and only wore shoes when they came to America. You now know who your friends are....

No context. You didnt say what crime you committed and that could be the reason why people celebrated when you got imprisoned.
And why would they be jealous of you doing time?

Saisi, do not vent out your anger to imaginary figures, just pray and ask God to forgive them. Pray for your enemies and let God vindicate you. God bless you in the Diaspora. Say hi to our people there. Amen.

Kenyans are kind hearted people. NOW, I dunno dude but he seems like a good chap, take note of all the fake friends.

You have learned the hard way. A friend in need is a friend indeed

If you believe that walking across a wilderness does not have a price to pay as an Artist, then you should ask Msingi Sasis, of the Nairobi Noir fame. He is a Somali looking guy, who liked to capture Nairobi Night Life, with a camera. His work was well appreciated, and sold well, for good money. Until one night, when police were alerted about a 'Somali' taking photos of Nairobi, at Night. He was arrested and detained. By the time that the police determined that he was a Kenyan and harmless, he was jobless and homeless. He ended up homeless in streets of Nairobi for a few days, until someone who knew him rescued him.

None of his customers, or 'friends', wanted to be associated with a suspected 'terrorist'. He was rescued by his Mom, when she returned to Kenya. And as a true Artist, he not only recovered from the experience, he actually used it to his advantage, and Incorporated it in his future Artwork.

There is no shame in humbling yourself to tell the truth! You never get to know humanity until you get stuck in a real jam.

All those who turned you down in the hour of need are not true friends; they are your nyama choma associates only in good times. Now you know who your true friends are!