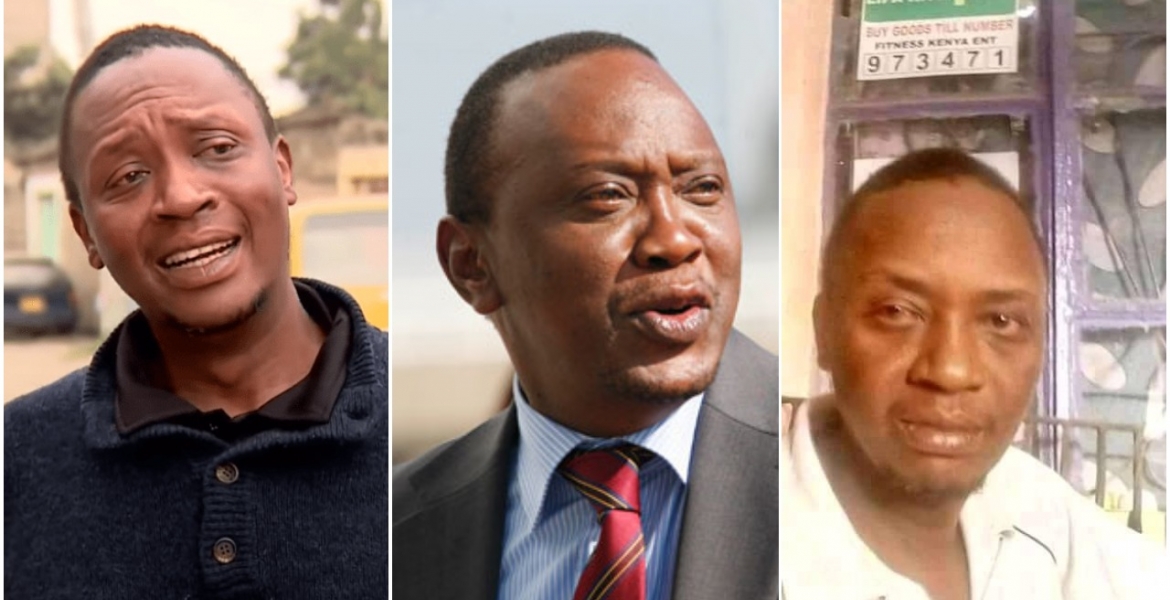 A Kenyan man with a striking resemblance to President Kenyatta has spoken out.

This comes days after his photos went viral on social media with many Kenyans alluding that he is related to President Uhuru.

In an interview aired on Inooro TV on Saturday night, the man identified himself as Michael Njogo Gitonga, a resident of Nairobi’s Umoja estate.

Gitonga, a father of three who works at a local pub, says Umoja residents have nicknamed him “Uhunye” with some of them demanding handouts from him. This made him resort to hiding his face using a facemask to avoid public attention.

“I cannot walk out of this estate without people asking me for handouts, I have suffered from this name,” he said, admitting that his to Uhuru resemblance also “confuses” him.

“It confuses me because I’m confused as to why I look like President Kenyatta, it is very unusual,” he added.

Gitonga, who disclosed that his mother worked as a security officer in Uhuru’s home area of Gatundu many years ago, said he would seek to establish whether they are brothers if had a moment with President Uhuru.

He said he does not know anything about his father as the only person who knew him was his late mother.

Gitonga used the moment to highlight his woes, saying he has been struggling to earn a living since the outbreak of Covid-19 in the country. The bar where he worked was closed following an order by the government in a bid to curb the spread of the disease.

So mzee cheated on mama nyakua yote ... screwed a hottie and fathered this dude .... mama nyakua yote will ensure he remains a poverty stricken bastard for the rest of his pathetic life ... maithori maya

He needs to take DNA and insist on meeting his long lost brother.Apparently Mzee Kenyatta was a “rolling stone”Insist on a plum job if uhuru is your brother his term is almost done and you will not have enough time to eat.Your mother also has some explaining to do .Everything that is done in the dark will see the light.