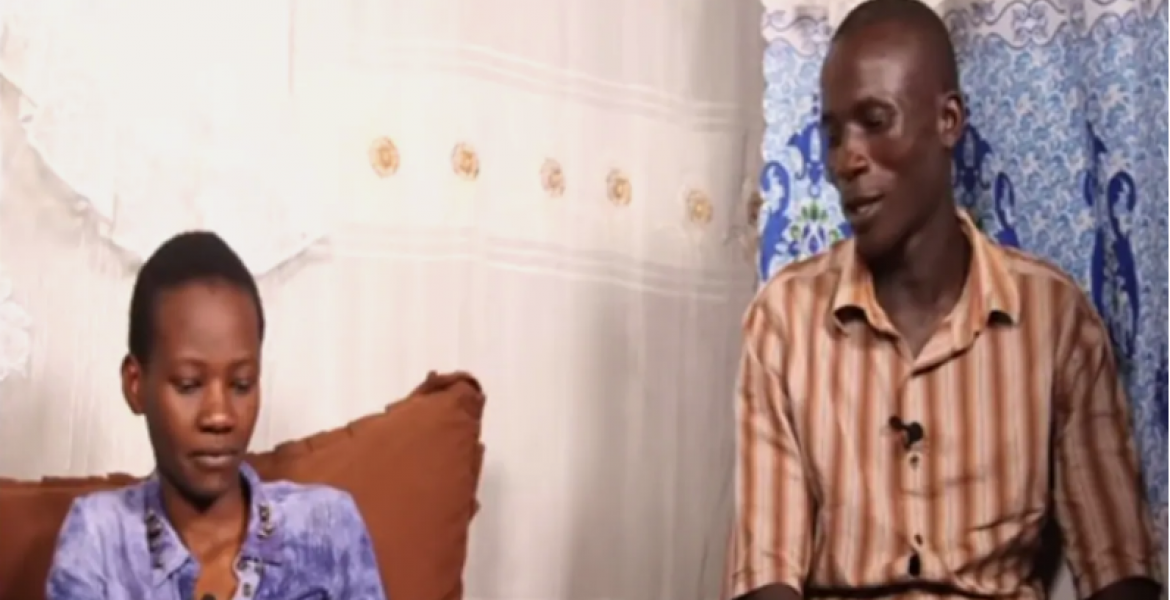 A Kenyan woman quit her 10-year marriage after finding out that her husband lied about his job for years.

Appearing on KTN’s Nisamehe show on Sunday, the woman identified only as Shamim said she all along believed her husband, David worked at the Jomo Kenyatta International Airport (JKIA) in Nairobi.

She did not know her spouse was a garbage collector until one day when she argued with her neighbors in Embakasi, where they lived.

“Normally, he leaves in the morning smartly dressed and you’d never notice. So we were fighting for water with the other women and one of them just came out and told me ‘There’s no way your special while your husband is a garbage collector.’”

“I tried to defend myself knowing she was wrong but the rest backed her up and I thought then there must be some truth about it,” Shamim said.

When David came back home from work in the evening, Shamim sought to know the truth and the man confessed he was not an airport worker. Her family members knew her husband worked at JKIA.

Shamim, who appeared on the show alongside her former husband, said the lie is unforgivable and if she is to forgive him, it will take time.

Attempts by the show’s host Anthony Ndiema to reconcile the two were futile. On his part, David said he lied to his wife to protect his love and family.

“If I never loved you, I would not apologize but I am indeed sorry for the lie and hope you can agree to us going back to what we used to be,” he said.

Shamim said she feared the man could be keeping more secrets from her but David maintained this was the only lie he told.

This was for entertainment, not news.

She should have Quietly parted with her Husband. Anyway her Neighbors made a FOOL of her.

Last time I checked, all airports workers have no jobs.... garbage collectors ndo wanavuma...kazi chungu mzima mitaani..... someone tell her to chose her battles.

That why men lie is because of women like this. He should lie more and more lies

Grow up woman, if the man is still taking care of u, paying bills n coming home to u daily, does it matter if he collects trash. It is very clear u did not marry a pilot so stick to ur man who may not have lied as maybe he collects trash at the airport.

Lie to them. It is good. That excites them.

Kenyans should quit valuing prestige so much. He has a job and took care of biz just fine. I mean, WTH

According to this woman the kind of job matter more than love. She must be a joke! The guy was taking care of the family for last ten years

Silly lady the guy is taking care of his family. It doesn't matter what he does. Remember the 4Fs before destroying your marriage. He is caring and loving period

This guy would be collecting garbage at the airport so to some extend he is not lying, but the woman needs the title even if no love or bill pay so sad lady. Think outside the box and support ur man, go hunt another man who is ruch and see how ur love affair wil go.

The 'marriage' was based on a lie. Apparently, the Woman only agreed to live with the Man because of his job description, nothing else. And because it was not true, it means that the marriage never existed. I don't blame her for refusing to be lied to. If he wants her back, he has to begin afresh, as a Garbage Collector.

Gold digger! The dude lied to win her! Vanity of vanity is vanity!!

@David, lying is not good! But, you don’t need a woman who dumps you for the kind of work that you do! Get over her and search for a better match in a woman who will accept you for who you are! She will never trust you if you reunit with her!

@ Margaret, well said.Those who are condemning the guy for lying,should accept the possibility the woman may have lied on some issues, but the hubby forgave her....Anyway, i wonder if the hubby won the lotto and bought a garbage truck,if she would have a renewed trust.

and to the wife, what do you do?