I Was Bullied while Studying in the US as a Small Child, Uhuru's Niece Nana Gecaga Says 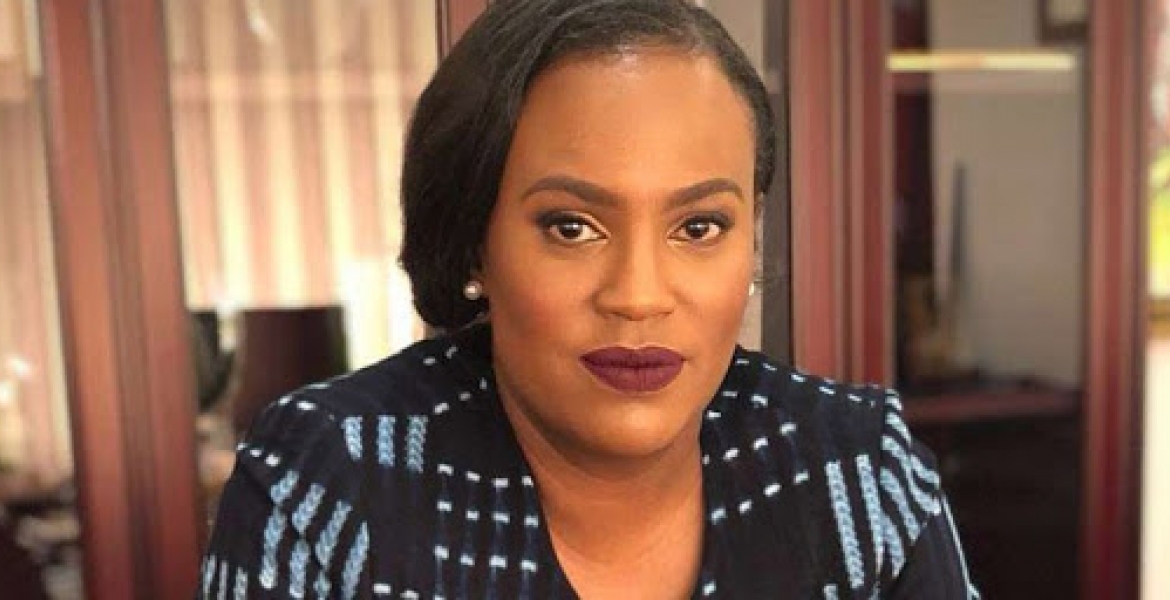 President Kenyatta’s niece, Nana Gecaga has shared her experience studying in the US and the challenges she went through while there.

Nana, who is currently the CEO of Kenyatta International Convention Centre (KICC), says she was enrolled in an American school when she was seven years old. Many view studying in the US or any developed country as a privilege, but Nana says it was not a walk in the park despite coming from a rich family.

She says her American classmates constantly bullied her as they could not fathom how she managed to pay school fees without a scholarship.

“There were challenges because I was coming from Kenya, Africa and you are going to the States, primarily a Caucasian setting so you are the minority and it’s always going to be hazy, you face it anywhere,” Nana said while speaking to comedian MC Jessy on his YouTube show.

Nana sys many local residents had a perception that Africans are poor people and were asking themselves how she was able to fund her education in one of the best schools in the US.

“People wouldn’t understand how I got there yet I was from Africa and did not have a scholarship so I got picked on for having money,” she adds.

Nana, a mother of three, says she understood that this was a result of cultural differences and she never retaliated, adding that she would never allow her kids to study abroad.

“I would save the money for my kids, get very good internet, get a good working space for them at home and let them move there because we are moving in the internet direction so my children don’t have to leave the country for education, it is at the click of a button now,” she notes.

Try going to Githurai with kids whose parents earn an honest living.

Aaaaah...this is not news....a distraction i believe ...is her name on the KEMSA list?

@nana - it has gotten worse with the big baba in DC preaching hate every single day! Now they are freely pumping bullets on black folks in the broad daylight! Ou arelucky they only insulted you then!

During your time they asked you some damn questions with some sense of class who paid your school bills. These days they call us citizens of a shit-hole country! They bundle us and through us in a cargo plane in the dark only to find ourselves in the motherland by the dawn.

Did you tell your grandpa, Mzee Jomo Kenyatta, what they were saying about you? I’m surprised he did not walk across the Atlantic Ocean to come rescue you with his Mukuanjo!

Jomo was not a joke! He would have cursed every body to hell in your defense, Nana!

The insults you endured was not because of , “ cultural difference(s)! It was the ignorance and jealousy them people have over the able bodied Africans!

You can let them get deep in your skin. They still ask Africans the same stupid questions or even worse!

The Kenyatta family are just a family of idiots hiding behind alcoholism and crime. It’s a criminal family.

Nothing special about that family. Nothing.

Look at Uhuru Kenyatta a absolute Dunder head who thinks he is fooling the entire world.

Nana - let the kids get exposed to the real life experiences - Internet, space, and all denies the kids the social interactions they get from their peers at school and other places; both locally and internationally!

Jomo sent Uhuru to study in the USA so he could get the exposure necessary in the process of development! Uhuru made some pocket money working as gas station attendant while attending Armhust college! Ask him!! I bet he still remembers that cherished experience!

You want your kids to have that kind of unshielded experience! Mzee knew better to send Uhuru away from a very privileged environment. You should do the same for your kids!!

It is good to have a real life experience. You want the kids to be exposed to the events of life - racism included so they can learn how to deal with the positive and negative events/aspects of this world!

Can Nana also reveal why KICC was about to be auctioned had it not being for his uncle,Uhuru?It was better if she also disclosed why expired Kamangu & Wanjiru's son,Kariuki(who fathered her children) didn't marry her as a second wife.Siulisi ya chupa-CHIBUKU/PILSNER/NYATI/VODKA/KONYAGI,SORGUM,BUZAA etc-Nyayo za Mjomba.

wonder what the negative obsession with Africa is....treating people as humans goes a long way

Nothing new. Bullying has been a global pandemic. Get over it!

Bitch u were bullied as they were mad with all the money ur family stole u were not buying ur classmates ice cream.

Wacha wivu na ukorofi! Nana keep moving on!! Wacha na na wachenzi!! You are now being abused in your own country - what is the difference!!??

... As Mkenya Halisi always states here, the US is not a walk in the park. You have to pay your bills. I have never had a problem with a system where you have to pay for everything, or anything, that you eat or drink, or use. Kula na kulipa ndio mtindo wa kisasa.

And you get oxygen choked off you if you fail to pay! George Floyd paid with his dear life! Capitalism at its worst form!

Nana - here is a Chinese thief talking to those he has stolen from! Take note!

Nana should should know that her two grandfathers blood money/riches cannot be recognized as wealth anywhere in the world.Only Kenyan fools praise and worship crooks and murderers in the world.Kamau was a violent robber while Gichaga,BAT boss was a cancer manufacturer.Huyo mwanamuke aacba hiyo filial zake za UPUUZI.

You get abused abroad and even worse in your birth country! You just have to put blinders on and a lot of cotton wool in your ears!

And you can brag a little bit about having your grandpa as the first president of the Republic of Kenya! And now your great uncle, Uhuru! That is not a small feat!

Be proud of who you are and love your family for standing with you! Many of us just have to fight these battles alone!

I don’t care when a muzungu ask me some stupid questions or curse me out. Actually, I find it entertaining because I don’t understand what a muthafucker is! So I just say it back and keep on moving.................

Yes, that is my attitude and no body should fault me for it! It shields me from their ignorance!

Abroad is not for the rich, whom they think they could come here for prestige. It's for the opresssed and exploited Kenyans by rich and wealthy people/leaders in there homeland. This, they don't have otherwise, but feels better when they are undermined and bullied in foreign land but are able to put their daily bread on the table.

What a lie @roberts, what a lie! Where are you living a lie dude? Why? You left your country on your own volition and you can return home the same way you came! What is holding you back? Evan Trump would want you to leave like yesterday! Stop making excuses where you can’t return to you home country! No body buys you contrived nonsense!

This one @robert has already made himself a victim of his own circumstances! Keep on living from hand to mouth! That is the limit to your skies!

When a people have low self esteem and are lost,they seek others to validate them and to raise their self worth. Caucasian has convinced the black people that he is the standard with which we must measure ourselves with. This girl comes from a Kenyatta family yet, at seven years of age she was thrown into the Caucasian wilderness presumably to elevate her position in the society by adopting the Caucasian ways once she is grown. But out of shear ignorance,they messed up her life. This was child abuse. No one should live and grow among strangers at the tender age of seven. She barely knew that she existed. But because of our delusional mentality that Caucasians are like god, we deliver our children,our loved once into the most difficult circumstances. That's why a beautiful Nana has had to struggle with alcohol and "fatherless" children.

Partly true and partly false! But you tried to express your personal opinions as much as you are quite limited in the Caucasian language itself.

Now the caucasians are damn founded about your diarrhea here about Nana! But that is a topic for another day! Nana is pretty alright!!

As for your concerns about Nana having kids who are fatherless, you can apply to be the step-dad! Nana has openly said she is accepting some applications for any man who wishes to love her! But you must be willing to assume the role of a father too!

@ Mwororo - Nana does not drink alcohol anymore! And, the business of having children without a man in the house is her business! Why do you dirty yourself talking about a self containing, self chartering and independent woman? She can even buy you and your whole family! Why do you think she needs a man? Just for sex while artificial men are all over the stores?

This girl inherited her tough grandpa’s eyes!! And she is really cute - natural beauty! I’m walking to her place of work now I know she is single! Uhuru - wewe Wacha nijaribu tu- jameni!!