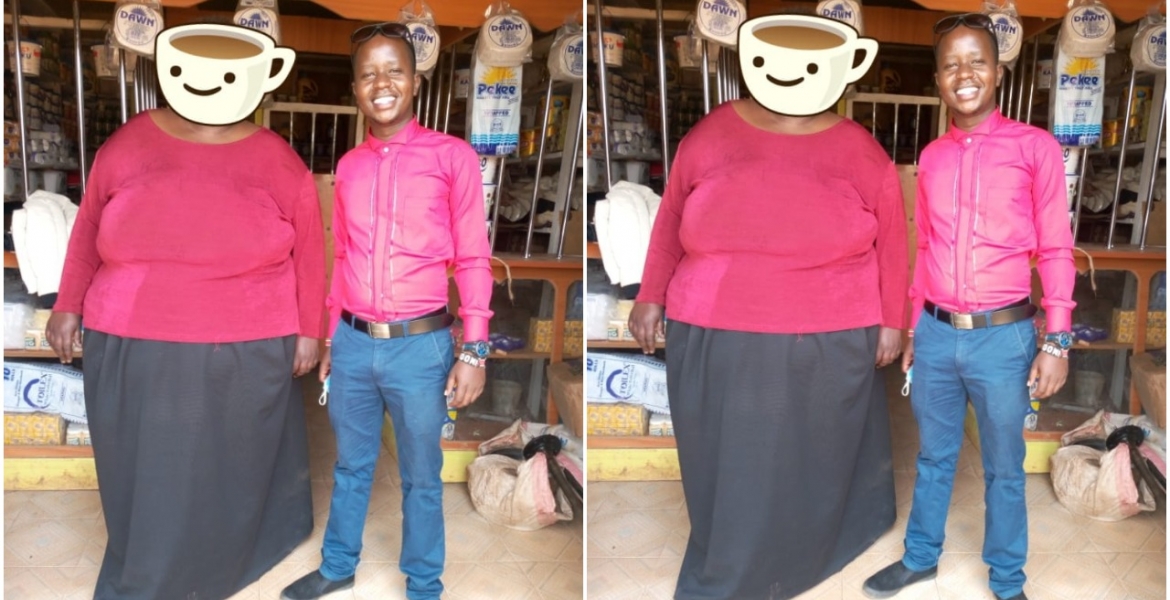 A 36-year-old Kenyan woman weighing 240 kilograms (529 pounds) has appealed for help to cut her weight.

The lady from Murang’a County sent her appeal through Inooro TV reporter Victor Kinuthia, who did not disclose her identity.

“…meet 36-year-old lady from Murang'a County weighing 240KG who's pleading for anyone who can assist her or link with any organization or individual to walk her in the journey towards losing weight,” Kinuthia wrote on his Facebook page.

He added: “I know some of you will critic, mock her and others find it funny, but I know some will accord her the help she needs.”

A 2017 nutrition report by the World Health Organization (WHO) ranked Kenyan women among the most overweight in Africa.

The least obese women are from Ethiopia, Madagascar, and Burundi, according to the report.

"Obesity is a risk factor for non-communicable diseases and is included among the nine voluntary targets for 2025 in the Global NCD Action Plan," the report stated.

“Overweight or obesity in mothers increases the risk in their offspring of high birth weight and subsequent childhood overweight.”

The average overweight rate among Kenyan women is 33 percent, attributed to poor nutrition, according to Kenya’s Health Ministry. Women in Nairobi and Kirinyaga counties are the most overweight in Kenya.

let her give us her contacts, we will get her the help she needs. This is a genuine case.

Kenya’s writers or reporters need to do better! They ought to have given the readers willing to help some contacts.

@ John Wanjohi, you can do better bwana. Such stories require a way of contacting those in need.

It seem she has enough to eat.

There is always an idiot with a big mouth waiting to confirm their idiocy like kithoi. You chose a good name for yourself

Kithoi is just expressing his opinion! Stop giving birth to a grown cow simply because @kithoi said what he thought is the cause of the problem! It happens all the time where folks over feed and end up gaining excessive weight. And it could as well be the cause of her obesity!

@ masikinimrefu - you fake name is not all that good either for you to insult Kithoi over his name! Did you mother lack other kinder names to give you at birth?

I think You need to change your name @ maskinimrefu before you start insulting others over their names.

Just analyze your damn name @maskinimrefu and you will find that you are just cursing your self in your 🧠 brains! Your name is nothing to be proud of, whether fake or real!!

And @maskinimrefu - what is in a name? You seem to have missed it terribly when you chose your name @ maskinimrefu!! You should have taken “@ kithoi” because your current name sucks; for real!!! Bum, bum, and bum!! just look at the mirror before you start talking about other people’s names! And you could be a 1000 kilogram guerilla hiding in some mud hut some where in the Rift Valley!

This may actually not be about having enough or more to eat. Probably she has a metabolism disorder.

Diabetes and Hypertension and hyperlipidemia is called metabolic syndrome. Obesity is the mother of all

You're a true insensitive jerk! See your life!

R u kidding me, what do u mean help. Kenyan people its always a good thing to keep it real. Anybody with a head with a nugget in it knows what it takes to lose weight. U cannot eat a goat for breakfast, lunch n for dinner u decide to throw in a few Chickens. Even a Doc will tell u stop eating like the world is ending in a few days. This woman needs to go on a Rabbit diet, a vegetable should not be ur enemy. She needs help, well i got a heart, i will put 5 on it n by 5 i mean i will donate $5 for a coffin.

Wow Dr. is that your professional opinion or just kuropokwa? If you have nothing nice to say, don’t say it at all.

If you ain't got nothing helpful to say to her STFU!

I think you've lost all nuggets in your head!

You're missing the point! If you have nothing constructive to say...STHU!
Save your $5.00 for your own coffin punk!!!,

You said well until the coffin part. Be kind with words

how about a boot camp in wajir, mandera and moyale county.....that will guarantee the weight loss she desires

Provide more information so we can assist

Call the Nation newspaper and ask to be connected to John Wanjohi, or let them give you his tell number. They always have the individual they are reporting on, phone number. I do this whenever I read and want to help, and I have always been successful in reaching the individual

Go and live in Turkana for two weeks.In a hut where you have to fetch water in a river and eat roots.You will loose weight naturally

Take a 40 day fast except water. During that time, pray that God creates enemity between you and food. You will be alright.

Or try intermittent Fasting. I do 16-8,and it works well with weight loss. 16-8 means you eat for 8 hours and fast for 16 hours. It adjusts metabolism and corrects blood glucose levels.