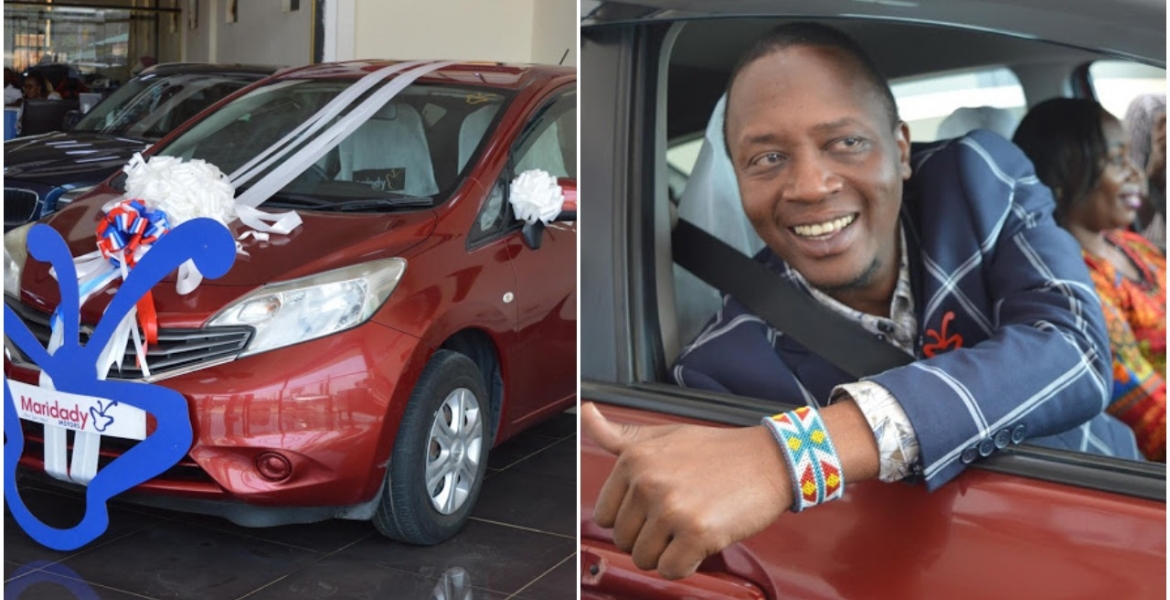 Gitonga, who became an internet sensation over his striking resemblance to President Kenyatta, received the 2013 Nissan Note at the car dealer’s head office along Kiambu Road on Friday. He said he will use the car for taxi business.

“I wouldn’t want to fail after being given a Sh700,000 asset. I want to continue growing, and if possible, expand my business,” he said upon being handed the gift.

“We settled on him because we understand that the coronavirus crisis negatively affected his business,” Mwangi asserted. 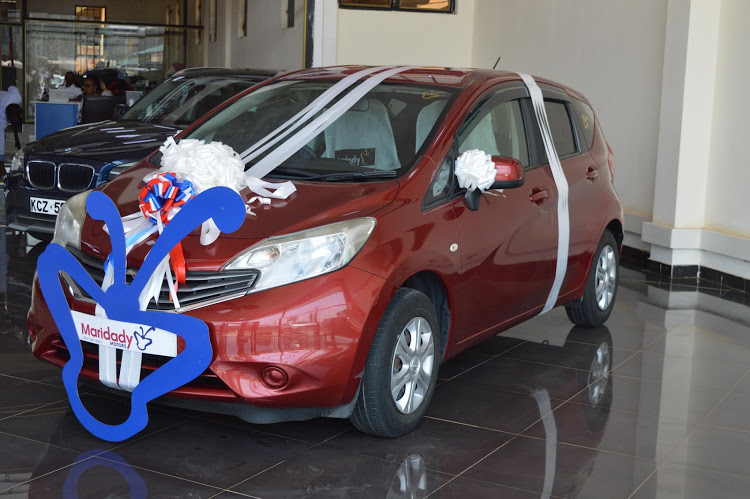 Nicknamed 'Uhunye' by residents of Nairobi’s Umoja estate where he lives, Gitonga became the talk of the town last month after his photos went viral online with Kenyans noticing his likeness to Uhuru.

In an interview with a local TV station, the father of three said he cannot walk freely outside without people who mistake him for Uhuru asking for handouts.

“I cannot walk outside of this estate without people asking me for handouts. It confuses me because I’m confused as to why I look like President Kenyatta; it is very unusual,” he said, adding that he preferred wearing a mask to hide his face from curious onlookers.

“Sometimes, I meet people who tell me that they have not had anything to eat and being ‘Uhunye’, I have to give them some money. That name has made me suffer.”

Gitonga, who disclosed that his mother worked as a security officer in Uhuru’s home area of Gatundu many years ago, said he would seek to establish whether they are brothers if had a moment with the President. He said he does not know anything about his father as the only person who knew him was his late mother.

He used the moment to highlight his woes, saying he has been struggling to earn a living since the outbreak of Covid-19 in the country. The bar where he worked was closed following an order by the government in a bid to curb the spread of the disease.

Is this the 2nd car Maridady is giving this guy? I thought they gave him an SUV earlier on.

Do they gift him a car every month? Let's wait for October.

Hopefully the dealership isn't playing this guy.
2 cars in 2 months.
Or maybe I misread the first story.