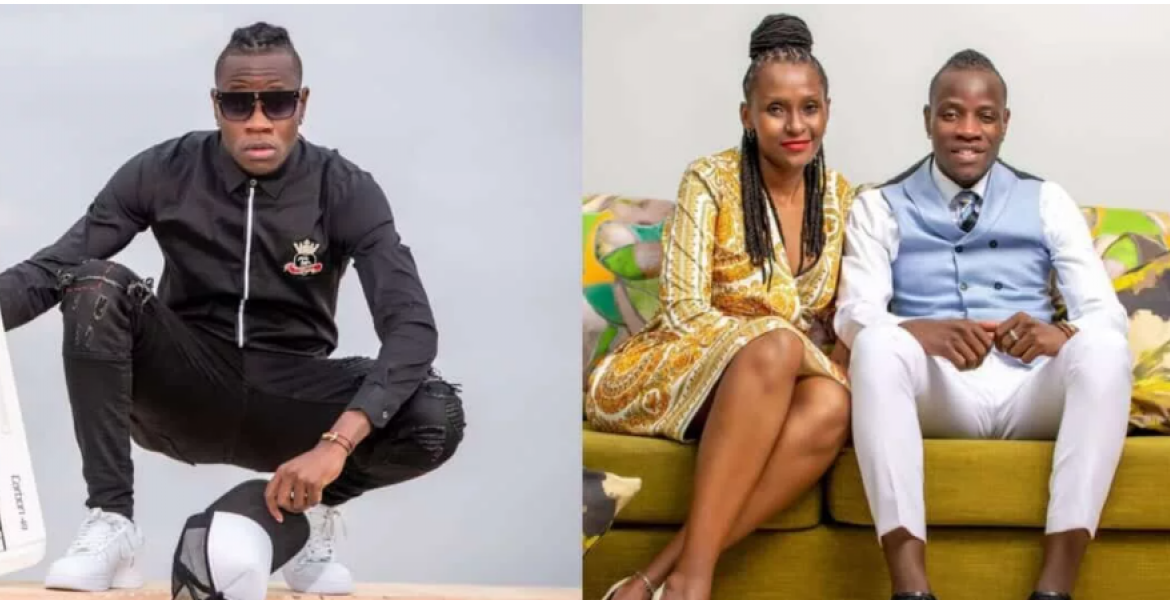 Esther Musila, the 50-year-old woman dating gospel singer Guardian Angel has spoken about her relationship with the 24-year-old.

Guardian, whose real name Audiphaxad Peter Omwaka, caused a stir online last week after he publicly announced he was in a relationship with Esther, a mother of three.

Speaking on Kiss FM presenter Jalango’s YouTube show, Esther said she is happy in her current relationship despite the huge age gap between them.

“I had restrained myself from ever having an interview but I think it good for me to also fight for myself because some people judging me or talking about me… And I want to put this straight, I am 50-year-old I have been through life and I know what I want with the reminder of my life that God has given me,” Esther said.

“I remember when this year started I said to myself I have been through life 50 is a big year but I purposed and said this is going to be my year, I would do what Esther wants and I will make Esther happy, my kids are grown, the last born is 22 years, they are running their lives, but am still their mother but as Esther, I have my life which I want to live. So I am living my life, my rules, I am happy,” she added.

She divulged that she met Guardian through Classic FM presenter Maina Kageni after she heard one of his songs playing on the radio station.

“I love singing, so one day am driving to work and I hear this song Miana plays and I Dmed him asking what song is that and who sang it and he said Rada by Guardian Angel, I got to my office and went to Google and searched Guardian Angel and I was like I have never heard of this guy.”

She went on: “I play that song the whole day and by the time I was going home I knew all the words to that song. That same week I said to Maina can I meet Guardian Angel that song has touched and spoken to me as a person that your radar needs to change,” she said.

On his part, Guardian dismissed claims that he was dating Esther for her money, noting that his love for her is genuine.

“I have never been happy in my life like I am today, genuinely happy. You cannot trade money to happiness and cannot go and throw myself in a ditch because there is money in that Ditch,” said Guardian.

Go baby go; So long as none of you has a Spouse you're Cheating on.

Sorry Sister, ur old pussy will not keep him for long, Christian or not. Enjoy while u can, as an African man he will want kids, so is he to push a child in a pram or push u in a wheelchair. God will not help u keep him but a good mganga in Ukambani. For those of u that think am cold, fuck it cause i am n u know its called keeping it real.

I hope you realize how your “keeping it real” is shallow. Does using vulgarity empower you or your audience?

Is vulgarity not the language of all the politicians in Kenya? So he is using what the masters have taught him! Do not ask me the role of the parents please! Most of these folks don’t have parents any more!

There's no need of being vulgar. You could still be understood w/o any insults. Usi catch mafeelings mtunguyezz

According to google Is a healer. Clearly he is really healing.

To Mr. James the answer to ur question is yes it does n am sure ur the kinda nigga married to a 70 year old white woman. I keep it real if u don't like it direct ur ass to Amazon, buy u a rope n am sure it will come with instructions on how to use it.

Outcast, happy Friday n fuck u too with ur Dr Phill ass. Let the real men with balls speak, u don't like it call James n ride together to Amazon.

Kiprotich, my parents r very much alive. Only a Bitch nigga would go after ones parents. Am happy to let u know if i ever brought home an old ass crow my parents would for sure think am mad. U may praise this young dude dating a crow but u ain't gonna be the ones doin the diaper duty. One more thing my mom says fuck u.