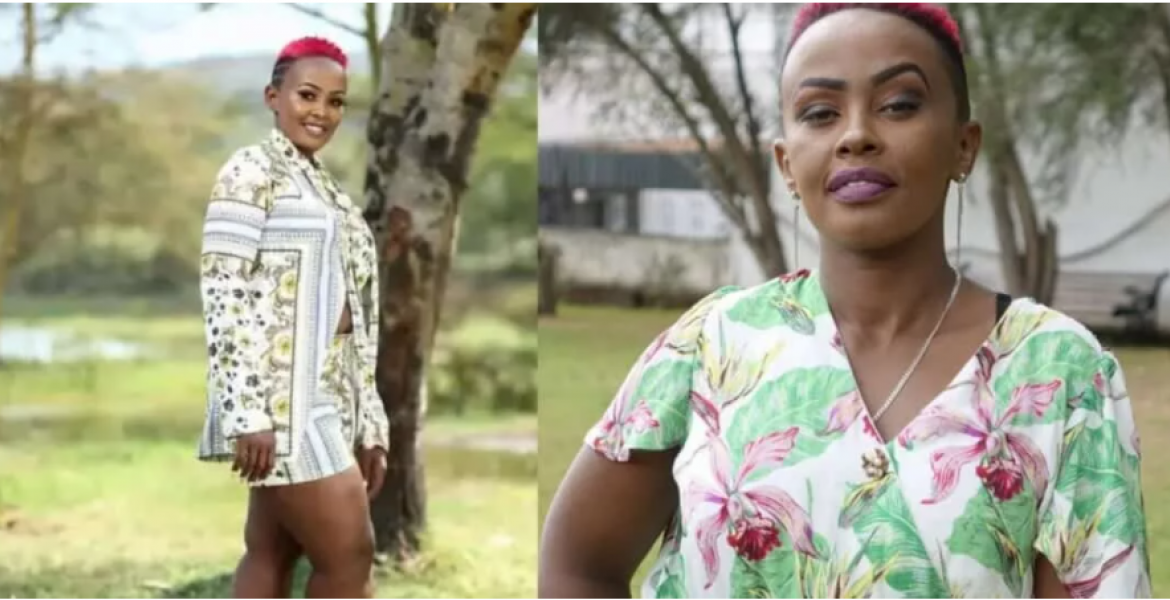 Speaking during an interview with Lynn Ngugi of Tuko News, Jackline Njoki Mwangi, alias Kiki wa Ng’endo, said she contracted HIV after having sex with a man who did not disclose his status to her.

Out of bitterness, she embarked on a revenge mission to infect other men who opt to sleep with her without using condoms.

“At the end of the day, I cannot be your keeper. You know you do not know me, I am not related to you yet you want to have sex with me, why don’t you wear a condom? or take a test with me if am comfortable and if I am not, ask me to wear a condom,” she said.

Jackline says she finally decided to reveal her HIV status to stop men from approaching and asking her for sex.

She added that she developed some vaginal complications due to too much sex as she has been selling her body for 18 years to raise money for upkeep.

Jackline believes her story will make men change their ways and start using protection whenever they have sex with strangers. She was infected with HIV when she was 18 years old as she tried to make money for herself and her nephew’s upkeep.

She indicated that she had no one to take care of her needs after her mother moved abroad for work, leaving her under the care of her aunt, who would bag all the money her mum sent.

Jackline says she contemplated suicide after her mother disowned her upon learning her behaviors.

“It was heartbreaking, I stayed without taking medication but was just pushing on with life. At some point I went upcountry and came back to Nairobi and that was when I attempted suicide,” said Jackline, who is battling depression after her family and friends deserted her.

Mbuzi wewe, idiot ur story will not change men's ways but will inturn land ur azz in jail where u belong. U say its the men's responsibility to wear a condom but u should let men know before sex so they can make their own choice, to wear a condom or not. Am sure the Devil has a special place in Hell for people like u.

MEN more than Women are Deliberately spreading the HIV.

Kuma yeye!! She will go to jail where she belongs!!

The results for sin ni death. Pray she can heal and those infected Also. Wanaume keep it safe

It is a crime to infect others while you know you are sick. Lock the animal up?

Munyama wa musituni!! She is just an ugly idiot!!

She has just confessed to a crime.
KINOTI please fanya kazi.

She is cutting short her life. She is a killer. By having unprotected sex she will get more STD. Since her immune system is compromised she will not be able to fight them.

Why put all the blame on her. Some of the men who slept with her very likely had families. They should have kept their thingy in their pants once they walk out of their door. The blame should be spread out equally.

True. People don’t see the zip it up side. These are ordinary consequences they should expect from promiscuity

Look at the mafisi on this forum.Obviously she got infected by a man who knew what business she was involved in .He did not use a sock so all of you in the habit of seeking comfort or such services protect yourself she is not the only one.Risky behavior has consequences.Let the men prove she is the one who infected them if they are brave enough to show their faces.

Before you crucify her, mbona wewe mwanaumbe huchukui hatua vile anasema. Ukipima vitu na macho shauri yako. It is your life, trust no one huku nje if you love your life. Many are spreading it unknowingly too.

Cheating is not a crime, having sex without a condom is not a crime, purposely infecting people is a crime n going on tv to sing bout it shows how stupid this woman is n hope they throw her azz in jail. Those defending her r idiots n their reasoning is that of a dung beetle.

Jackline simply needs help. And she is alone. There are thousands of girls out there who need help.
As for men: please let us do what we have to do to protect ourselves!

Jackline simply needs help. And she is alone. There are thousands of girls out there who need help.
As for men: please let us do what we have to do to protect ourselves!
As for her being taken to jail for infecting others: the prosecution has to prove, without doubt that she personally infected someone. That's a night mere!!

this girl did it out of desperation and all she needs is prayers and couselouring,this is one case,there so many girls outside there who are in the same business.anybody volunteer and help