Why I Visit and Thank the Doctor Who Paralyzed My Leg: Nominated MP David Sankok 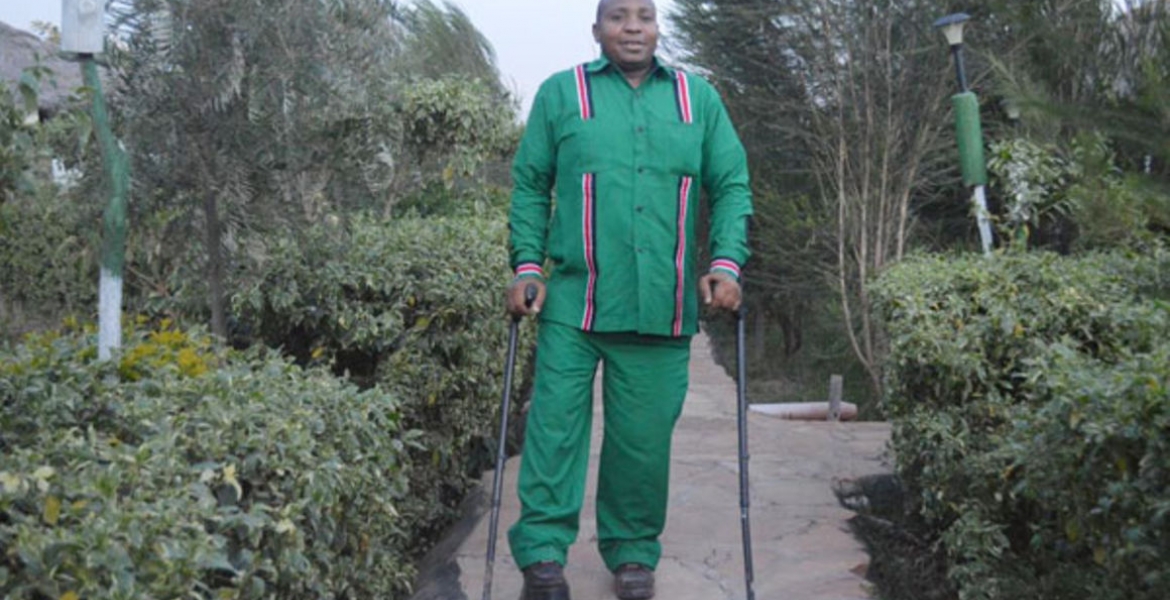 Nominated MP David Sankok says he is always thankful to a doctor who paralyzed one of his legs after a botched injection.

Sharing his story, Sankok said he was born without disability until the age of 12 when he was taken to the hospital with pneumonia.

"The hospital was a long way and we did not have cars here so we walked many kilometers and got to the hospital at midnight. The doctor had to be woken up close to 5 times and he eventually came and gave me an injection. Unfortunately, when I got home my leg could not move."

He added: "What happened is he probably got confused. Normally, doctors divide the buttock cheeks into four quadrants and the injection is supposed to be on the upper quadrant where there are no nerves but for me the doctor injected me on the lower part, paralyzing my leg nerves."

But despite the suffering he went through after losing mobility, Sankok says he would not be an MP today if this did not happen. He wanted to become a moran and a cattle rustler but the incident killed his ‘dream.’

"All along, I had wanted to become a moran and a cattle rustler so I can bring my father more cattle. However, losing my leg meant I had no choice but to focus on my studies.”

“That doctor is now retired in Naivasha and I often visit and thank him because that accident changed me from a moran to an MP. I'm a nominated MP because of my disability many people have good legs but they do not have the benefits I enjoy," added Sankon, who is a doctor by profession.

Must be a manbof steel 4 real! Not a lot of people would turn the other cheek like you did and still are doing! Curious what the ex-physician says in return

Must be a man of steel 4 real! Not a lot of people would turn the other cheek like you did and still are doing! Curious what the ex-physician says in return

Lesson learned is that when you forgive God opens more doors.
Thanks MP David Sankok for teaching us that there is always light at the tunnel.

Wow Sankon, who is a doctor by profession. I bet he is a good doctor and he need to continue practice the profession. You know a apostle Kimani said this awhile back that it is not everything bad that happen to us is bad, God is protecting usand in this case, accident changed him from a moran to an MP. Powerful, wanjohi this is the kind of story you need to write and not akina Sonko and etc, etc....