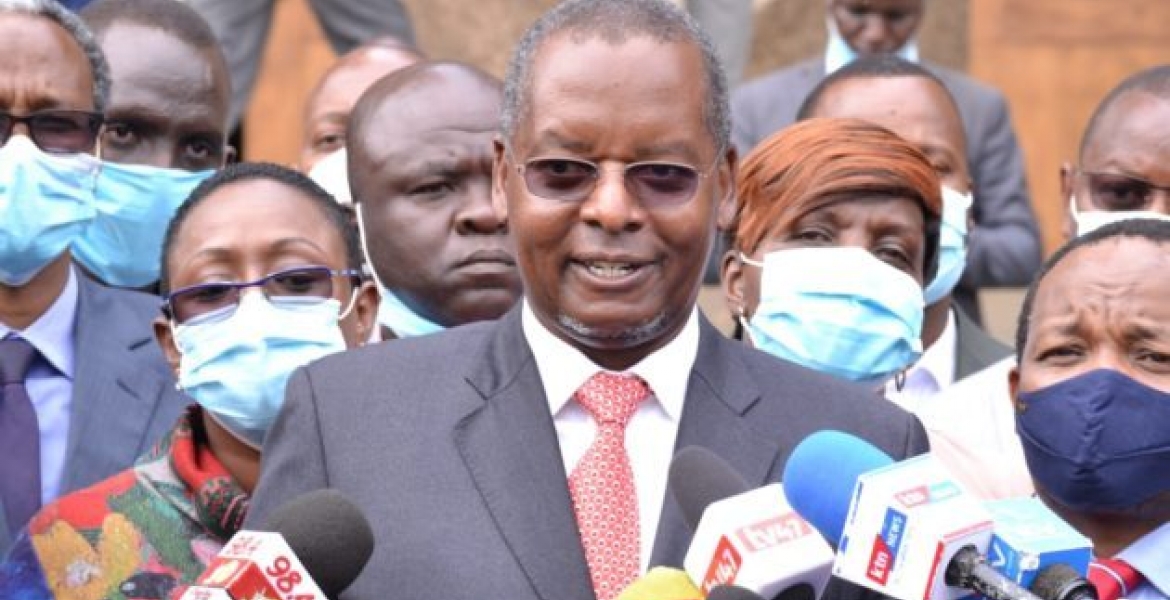 Kenyan members of parliament (MPs) are set to take part in the now-viral ‘Jerusalema Challenge.’

MPs will next week take a short break to prepare and shoot the dance challenge that has gone viral in Kenya and across the world.

Speaking on Thursday, National Assembly Majority Leader Amos Kimunya urged MPs to turn up in large numbers on Monday and Tuesday for the rehearsals ahead of shooting on Wednesday.

“The jig will be led by the Speaker himself so I encourage you to come out in larger numbers; it will also be an opportunity for you to exercise,” Kimunya told MPs.

Kimunya said they will use the challenge to showcase what Parliament has achieved and to show solidarity with people affected by the Covid-19 pandemic.

Suba North MP Millie Odhiambo, a proponent of Jerusalema Challenge, explained that it has become a theme song for the Covid-19 pandemic and demonstrates peace in diversity. She called on her colleagues and parliament workers to participate in the challenge to encourage those affected by the pandemic.

Many people around the world among them priests, police, ministers, and frontline workers are posting videos of themselves dancing to Jerusalema, a gospel song by South African artiste Master KG.

The song was released nine months ago and has garnered over 175 million views on YouTube.

Here is a video of the challenge; https://www.youtube.com/watch?v=11e4sW-Q4Ns

I guess one has to take a break from looting n have some fun. Our Kenyan MP's u never seem to shock me.

Wapi Boniface Mwangi? He should round-up the pigs in Nairobi area and bring them there to join their kin Dance.

The good for nothing Mpigs should start rehearsing Pigs dance to showcase what they truly are.

How much will they pay themselves for the event?A-Billions yet food and medicine are luxury to most taxpayers.The useles event does not benefit any ordinary Kenyan.

Thieves have now been given a chance to enjoy the largesse of theft at a sponsored dance 💃 so they can show the red skirts they bought using stolen money! Can it get any worse?!

What is their budget for this? You won't be surprised it is in millions.