Kenyan Gay-Themed Film 'I Am Samuel' Premiers at London Festival 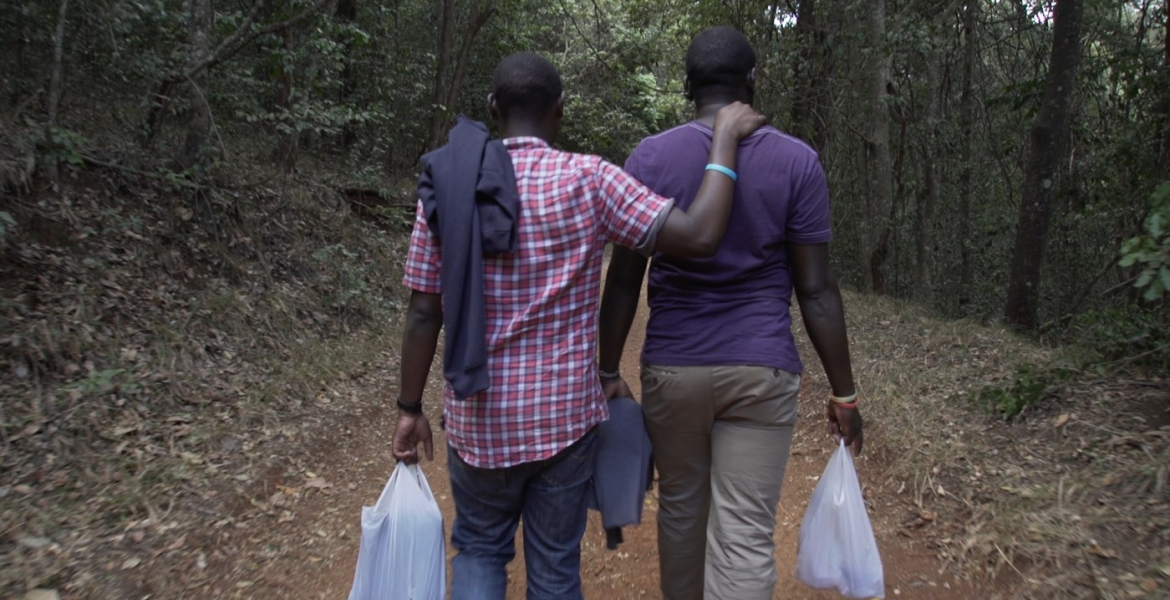 Kenyan gay-themed movie ‘I Am Samuel’ has premiered at the London Film Festival.

The film directed by Peter Murimi was screened at the festival on Saturday and becomes the second Kenyan movie depicting a same-sex relationship to premier on a global stage after ‘Rafiki’ by Wanuri Kahiu.

‘I Am Samuel’ is about a gay couple struggling for acceptance in Kenya in the face of religious and cultural conservatism.

It tells the story of Samuel and Alex, a gay couple from humble backgrounds living in Nairobi and part of a community of fellow queer men. Samuel struggles to win acceptance of his relationship from his own family, who live on a farm in Western Kenya.

Murimi believes ‘I Am Samuel’ and other gay-themed films can make LGBTQ rights a mainstream issue in Kenya and Africa.

“The role Hollywood played in furthering LBGTQ rights in the United States was really big, it cannot be understated,” Murimi told AFP.

“You could just see gay people on TV and in Hollywood, and slowly and slowly it became much easier (for them). They say ‘you win the hearts, and once the hearts are won the law is irrelevant’,” he added.

The 42-year-old is a multiple award-winning director known for tackling complex social issues. He believes Kenyans are increasingly becoming more tolerant of homosexuality despite being illegal in the country.

“In the last 10 years (LGBTQ rights have) really actually been making a lot of strides in a positive way. So we’ll just try our best and hopefully, Kenyans will see it and that’s what we want.”

Murimi says he wanted to create something that parents can relate to and broadening the number of people who could appreciate the film.

“This film I hope can do that because it is not an ‘us against them’. It’s very nuanced, it’s very balanced, it’s a story about a family that is struggling with this issue, having a gay son,” he explained.

The western gay propaganda has struck again in Kenya. And it continues. Who cares about a gay movie. They are plenty other straight or normal movie per se that deserves notoriety. When will the media stop shoving this gay stuff in our faces.
I remember growing up in the Kenya and none of this gay news ever existed. The innocence of our people was refreshing. I miss move those days. You could literally walk around with your boys arms on each other’s shoulders and nobody thought anything about it. We were comfortable in our sexuality. Try doing that now and see what happens. The western culture has corrupted our people and we’ve allowed it. Our people don’t even want to identify as Kenyans...It’s not cool being. We’ve lost our identity as a people.
That’s my rant for the day.

This is news. Looks like you don't know what makes news so I will tell you. When a dog bites a man that is not news bt when man bites a dog that is news.

@kk. I went to an all boys boarding school in Kenya in the early 90's, and it was an open secret that we had gay students. In fact that's when i learnt the word "sodomy" when the headmaster spoke about it during morning parade. So yes, gay people have always been there in KE but obviously were laying really low due to our super conservative culture. Personally, i could care less who is sleeping with who. I think we have bigger problems in Kenya than the presence of gay people.

@Fundi thanks for chiming in on my comments. I know homosexuality has always been there in Kenya. The western culture has certainly provided these group of people a platform to come out. Like you, I could careless about who sleeps with who. What disturbs is me is how we have this type of movies or what’s so ever thrown in our faces. Children nowadays are highly influenced by what they see on tv or read online. It’s easy for one to question their sexuality when exposed to this garbage. This is exactly what has happened in Kenya. We’ve allowed our people to be influenced by the western so much that we’ve lost our identity.

@kk. Totally concur with you about us losing our culture. As i get older, i realize that as country, Kenyans try very hard to follow other peoples cultures, especially Europeans or Americans but this is not reciprocated. For example, at a basic level, we are addressing each other in English, some of us have English names, we live in the US or Europe, we practice western religions, etc. Obviously, there is no simple way of reverting these foreign influences. However, with regard to the gay movie, if it is not your cup of tea, just don't watch it. It is the parents responsibility to make sure kids learn their values, whatever those values are, provided they are not illegal or immoral.

Nobody is forcing u to watch the movie n whether u like it or not they r gay people in Kenya n they should be left alone to live their lives.

Africa accepted christianity and islam as our culture. gay life style is part of these religions culture, so search your soul and see where you belong.If you follow islam or christianity this your culture. we know bishops and imams who are openly gay and they preside over so called religious ceremonies,We have to go back to our African roots to defeat evil.

Your lifestyle is your lifestyle. Just don't shove it omin our throats. We have better things to talk about than about who is dating who. A he goat and a he goat will never make a child...a she goat and a she goat likewise.
Sex can be used as a procreation activity or a recreational activity .
GOD INTENDED SEX FOR BOTH.LETS NOT GET OUR FACTS TWISTED.

Gay culture in Africa is being promoted by Mwakilishi Democ-RATS who live in America. That's my rant for today, too. Pun intended.