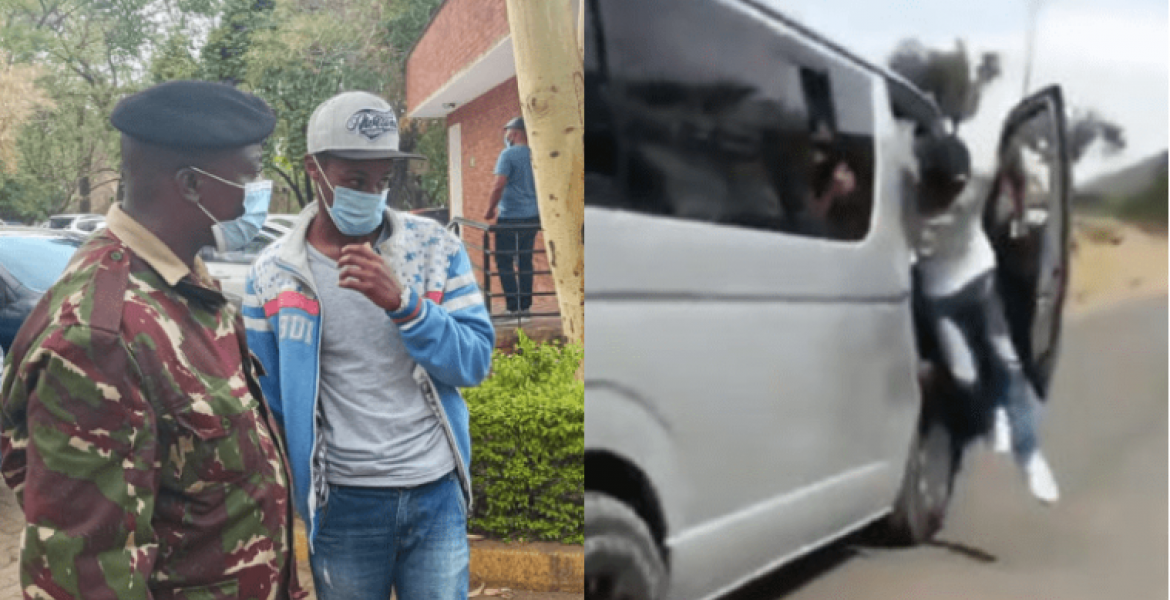 A youthful Kenyan man who was captured on camera performing dangerous stunts while driving a van on a busy road a few weeks ago has been arrested.

The driver whose identity was not disclosed was arrested on Friday after he presented himself to the National Transport and Safety Authority (NTSA) headquarters where he had been summoned over the incident.

NTSA said the man will be arraigned at a Naivasha court to face charges of reckless driving and endangering lives.

The State agency summoned him after a video (https://bit.ly/3lSzZkt) showing him pulling dangerous moves while at the wheel went viral on social media, sparking outrage among Kenyans.

The video shows him hanging from the driver’s door while facing backwards and performing playful motions with his legs as the vehicle registration number KCW 895Q moves.

The incident, which NTSA termed as unacceptable, was captured by a passenger from an adjacent vehicle.

While what this fool did was stupid, police officers have better things to do like waende kwa UHURU ,RUTO, RAILA,MOI, KIBAKI ETC...THIS IS WHERE THEY START.