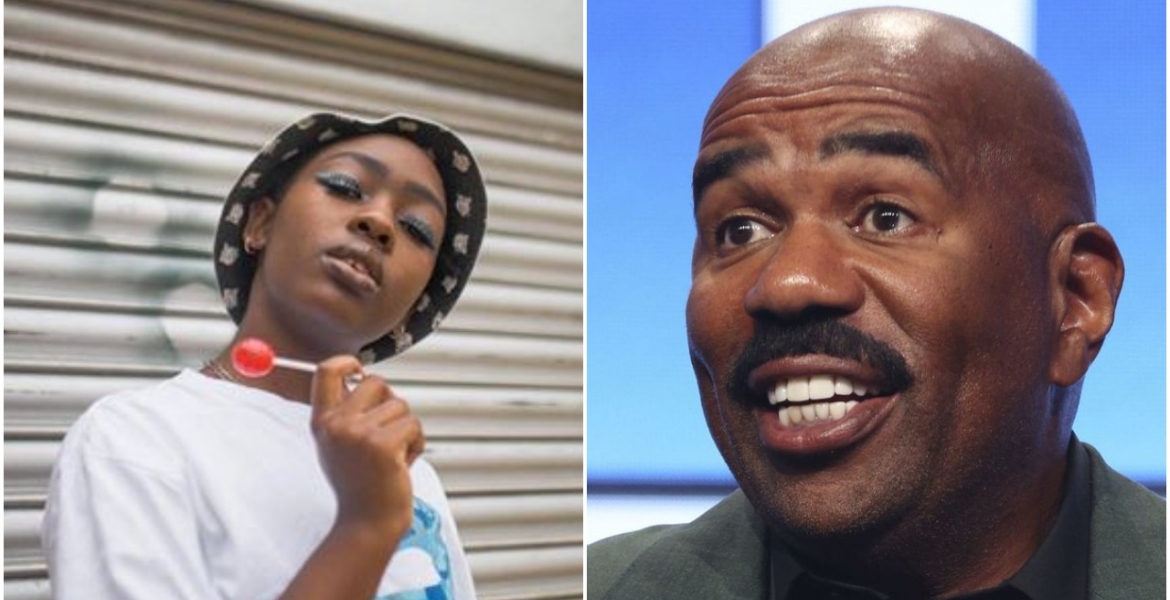 On Monday, Harvey shared on Twitter one of Majimbo’s funny videos (https://twitter.com/i/status/1323017426670292992) in which she is eating potato crisps while making a joke about the Covid-19 pandemic.

She has since been featured by global media platforms like Guardian, New York Times, CNN, BBC, among others.

The 19-year-old has been nominated for the 2020 America’s E! People’s Choice Awards in the African Social Star Category.

The Gala for the 2020 E! People’s Choice Awards will be held at Barker Hangar in Santa Monica, California on November 15th.

Established in 1975, the People’s Choice Awards is American awards show that recognizes people in entertainment, voted online by the general public.