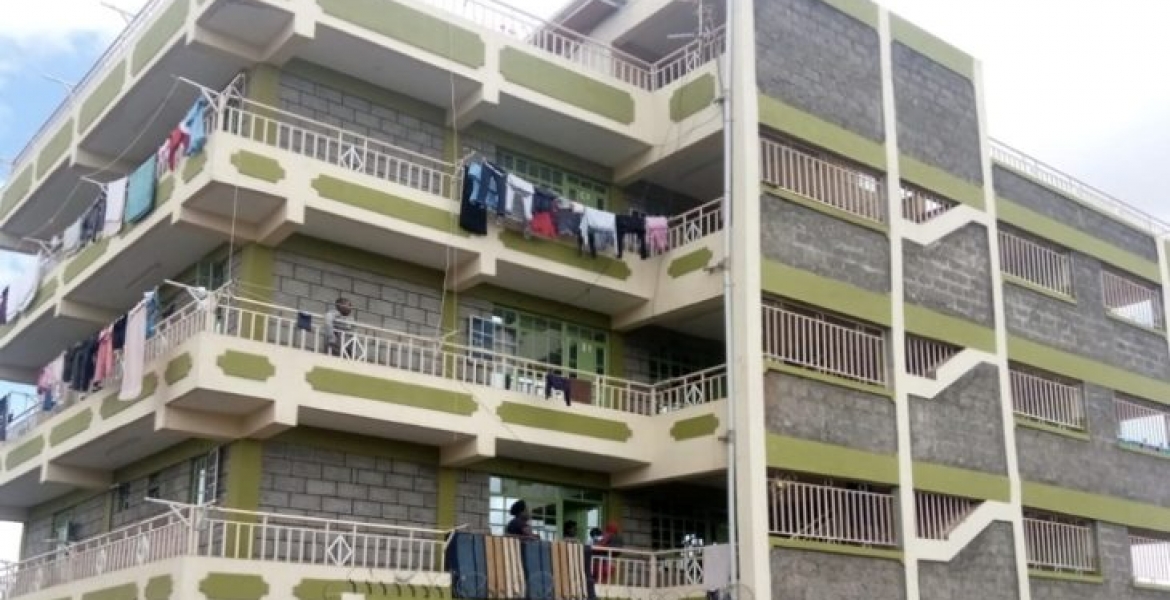 Police in Nairobi have launched a search for a group of thieves who raided an apartment in Mihango, Utawala on Tuesday night.

The daring robbers are said to have broken into 50 houses and made away with household items worth millions of shillings including TV sets, fridges, cookers, phones, and other valuables.

Tenants at the three-storey building woke up to empty houses and could not explain how the buglers managed to break into their houses without causing an alarm.

“We woke up at around 5 am to find our houses broken into, but we suspect that the robbers may have come to our block at 2.30 a.m. There some of us who have been robbed of money. We found a handbag on the ground floor,” a resident told NTV.

“What scares us is that we had locked the doors from inside, but we found them wide open.”

The robbers are also said to have stolen clothes that had been left outside on the hanging lines.

“If the curfew is at 11 pm, then how do we get robbed in the middle of the night?” another resident asked, adding that a car was stolen outside the same apartment a week ago.

The occupants, among them three police officers, believe the criminals drugged them before sweeping their houses clean.

The victims complained that there had been a spike in incidences of robbery in the area in the last few weeks.

They may have been robbed by the police.

That they were drugged make applausible reason for 50 houses to be robbed of heavy items that are bound to cause commotion,or noise.The question now is,how was the drug administered to all affected residents?

President Moi anatingiza kidole with shock in his grave on this one. This is really a Sherlock Holmes situation or get a good mganga from Kitui.

...inside job with police cover..

Chris Rock said best. Niggas can’t let you have shit. You can’t have shit around niggas. Niggas will you rob you, then come the next day and ask, I heard you got robbed. The residents shouldn’t have been moving in big screen TVs while everyone is watching. Someone knew these residents had money.
The apartment complex guard niggas were in on this. The police niggas were in on this.

Kenya is a Den of Robers: From villagers, to Robbers themselves, to Pastors, to Polititians, and to Presidents. They need a Wake up Call; a Whooping.

If everyone was drugged..CLD it be water was tampered with?it possible coz everyone use it...if a drug was sprayed how was it done?..hw dd thy open the doors??