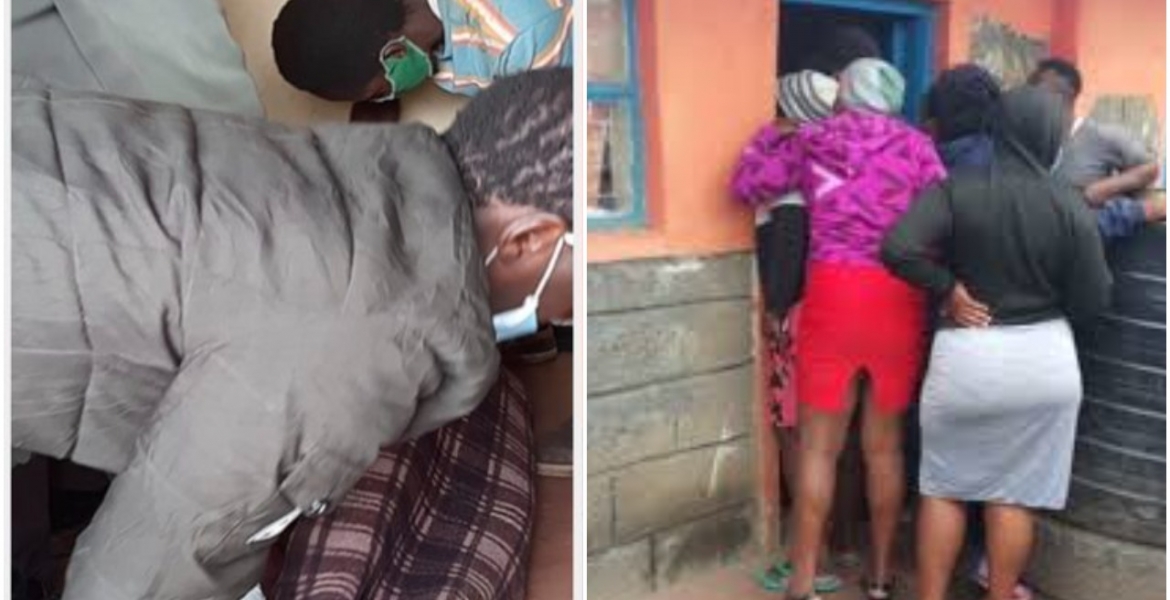 A 28-year-old woman was on Friday morning found dead inside a lodging room in Salgaa, Nakuru County.

Mercy Chelangat, who operated as a commercial sex worker, is said to have checked into the room at Flyover Lodging with a client on Thursday night.

Attendants at the guest house found Chelangat’s body soaked in blood when they accessed the room for cleaning and her male companion was nowhere to be seen, according to Salgaa Chief David Waweru.

“She had bruises on the forehead. It appears her attacker smashed a glass bottle against her forehead. The bedding that she had been wrapped in, was soaked in blood,” the chief told the media.

Officers went to the scene after the attendants reported the incident at the nearby Salgaa police station. The deceased’s body was moved to Nakuru County mortuary.

Confirming the incident, Rongai OCPD Shadrack Marua said a manhunt has been launched for the man who checked into the lodging room with Mercy as investigations continue.

Police said it challenging to establish the identity of Mercy’s male companion since she booked the room in her name.

Nominated MCA Rachael Maru said some of those operating as sex workers in the shopping center are young girls who are being paid as little as Sh20.

“I understand that some of these girls are trading their bodies for as little as Sh20 to survive the tough economic times brought by the coronavirus crisis. Parents should strive to support their children so as to stop them (daughters) from resorting to prostitution to eke a living,” she said.

There has been an increase in cases of women operating as sex workers in truck drivers’ stop-off points in Nakuru such as Salgaa, Kikopey, and Mai Mahiu being brutally killed in unclear circumstances.

A few years ago, four commercial sex workers were killed and skinned by a suspected serial murderer who was never arrested.

RIP, may the human that has robbed many of ur good services face a couple of rocks or some tire n heat. Respect sex workers as they too r trying to servive in corupt Kenya

Legalize and regulate sex work. That way, it’s easier to trace and protect the workers. May her soul rest in peace.

Prostitution is not work. Come on, ladies should get a real job