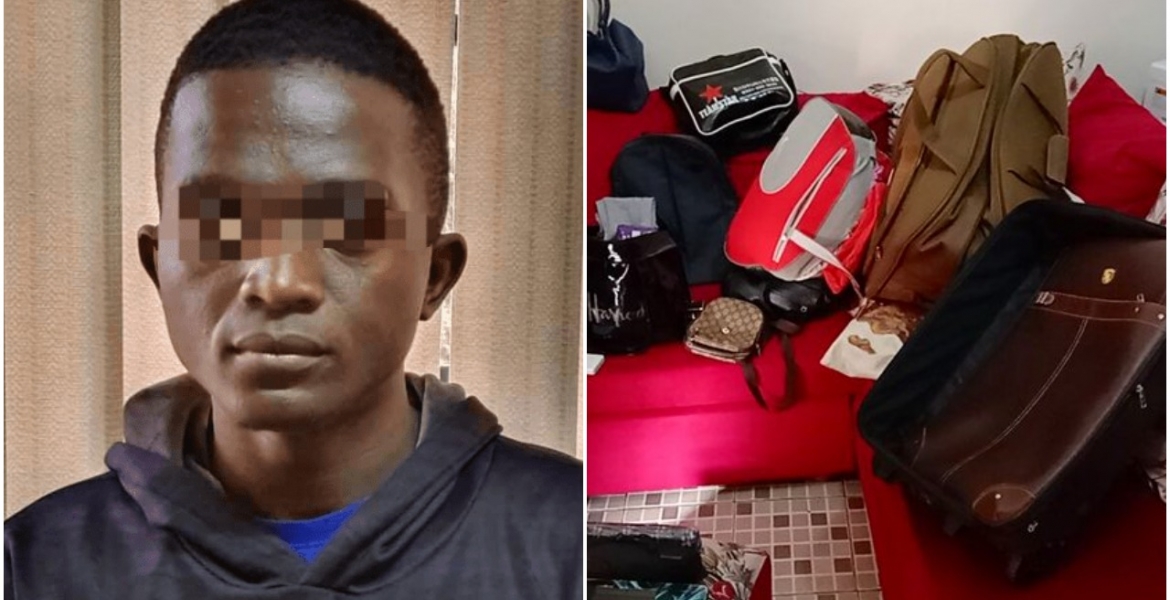 A Kenyan man suspected of being behind the disappearance of college girls from the homes has been arrested by detectives from the Directorate of Criminal Investigations (DCI).

The suspect identified as Rashid Barasa Omari was nabbed by officers from the DCI’s Serious Crimes Unit on Saturday morning in Nairobi.

The 21-year-old has reportedly been luring young girls on social media by posing as a rich businessman capable of sponsoring them to lavish holidays.

“Omari preys, pounces and later coerces his victims who he fishes from the comments section appearing on Tour and Travel advertisements,” the DCI noted.

“Omari presents himself as a person capable of sponsoring his victims to the advertised destinations.”

He would then lure the ladies to lodgings in Nairobi after sending them bus fare, rob them of their valuables before disappearing to his hideout.

Following his arrest, Omari led officers to his house where his victims’ valuables including laptops, mobile phones, and handbags were recovered.

“The hunter has today become the hunted,” the DCI noted on Twitter.

“We are appealing to young college students to be wary of such criminals preying on them on social networking sites.”

It is their greed ,and desire for nice things they dont be have to work hard for a unless you call sex work.Even though it appears that be sex did not take place, your imagination can tell you that's what girls give to earn sponsorship.
Yes you can ward off being a prey by earning your own stuff the right way-legally working for me it.