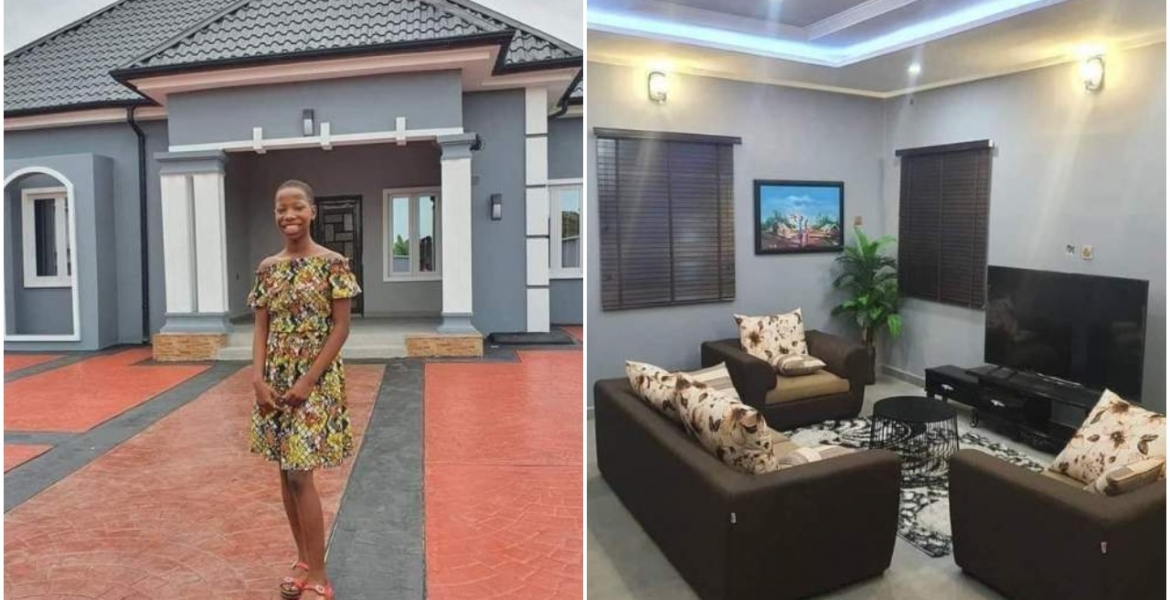 10-year-old Nigerian comedian, Emmanuella Samuel has built a fully furnished house for her mother in appreciation for her support and encouragement.

Emmanuella shared photos of the stunning mansion on social media saying it is a Christmas gift for her mother.

“I built this for u mom. For all the prayers, all the encouragement, and support. Mummy I know you said u want a portable house and this is it,” the young comedian wrote.

“But forgive me because I must complete ur mansion for you next year. Don’t worry it won’t make us go to hell my super Christmas mummy. I love you,” she added.

Emmanuella, who hails from Port Harcourt in Rivers State came into the limelight through a YouTube channel named Mark Angel when she was just five years old.

She was on a holiday when she met with Mark Angel who was looking for some kids for his comedy shoot.

During the audition, many kids could not memorize the script but Emmanuella did it perfectly and Mark convinced her parents to allow her to become part of the Mark Angel Comedy team.

In other words the mother build herself a house using Emmanuella money. She is a minor.

Instead of saving up the money for her. It's pathetic.