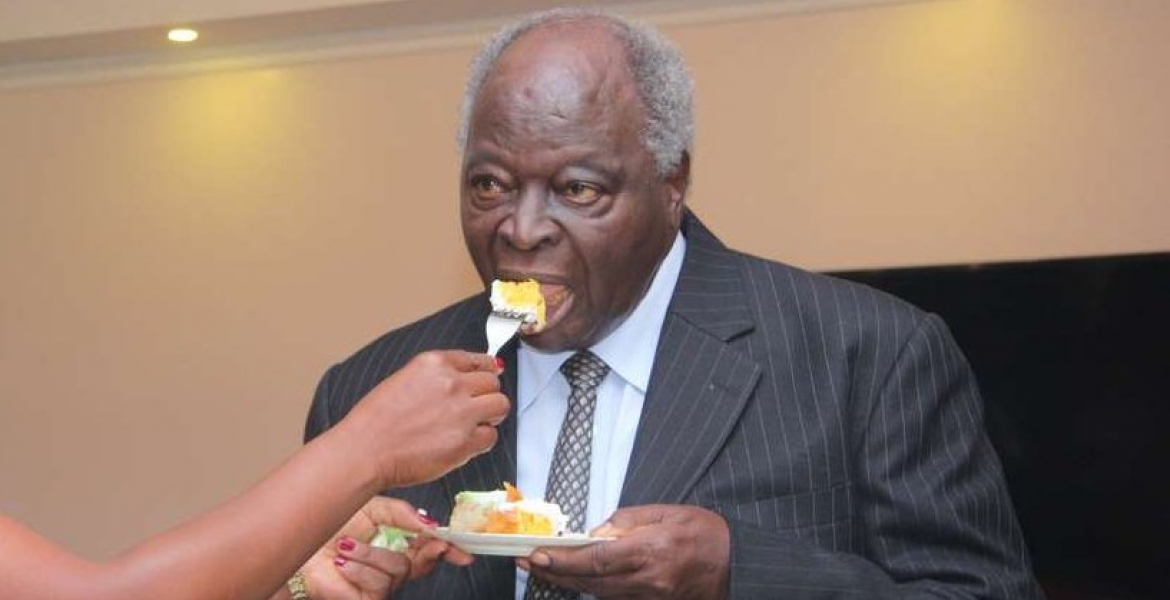 Kibaki has maintained a low-profile since he handed over power to his successor President Kenyatta in 2013 and is rarely seen in public.

He was last seen in February this year when he was driven to Parliament to view the body of the late President Daniel Arap Moi.

Prior to that, Kibaki had not appeared in public since March 2017 when he attended the burial of the late Nyeri Governor Nderitu Gachagua.

Kibaki’s grandson Sean Andrew is among Kenyans who have sent birthday messages to the former president.

Sean posted a photo of his grandpa and captioned it: “May hard work and justice always cement our bond of unity that we may get our country back to production.”

Chris Jesse wrote: “True Patriot, I remember during his tenure those stickers that circulated everywhere ‘Najivunia kuwa Mkenya’. Nowadays Patriotism is on a deathbed, the words of our national anthem being the contrary of the reality at ground. The current state of the nation is a pity. HBD mzee.”

James Mbugua posted: “Best President Kenya will ever have. Most thriving businesses right now were started during his reign. Unfortunately, the looting duo took the office and everything he had achieved went down the drain. Happy Birthday.”

Kiharu MP Ndindi Nyoro said: “Happy Birthday President Mwai Kibaki. You are the best so far and Kenyans miss you.”

happy birthday mzee. We can truly look back and see what you did to kenyans

You always put people’s interests and the country above your own! Happy Birthday!!