Covid-19 Lockdown Leads to Rise in Teenage Pregnancies in Kenya 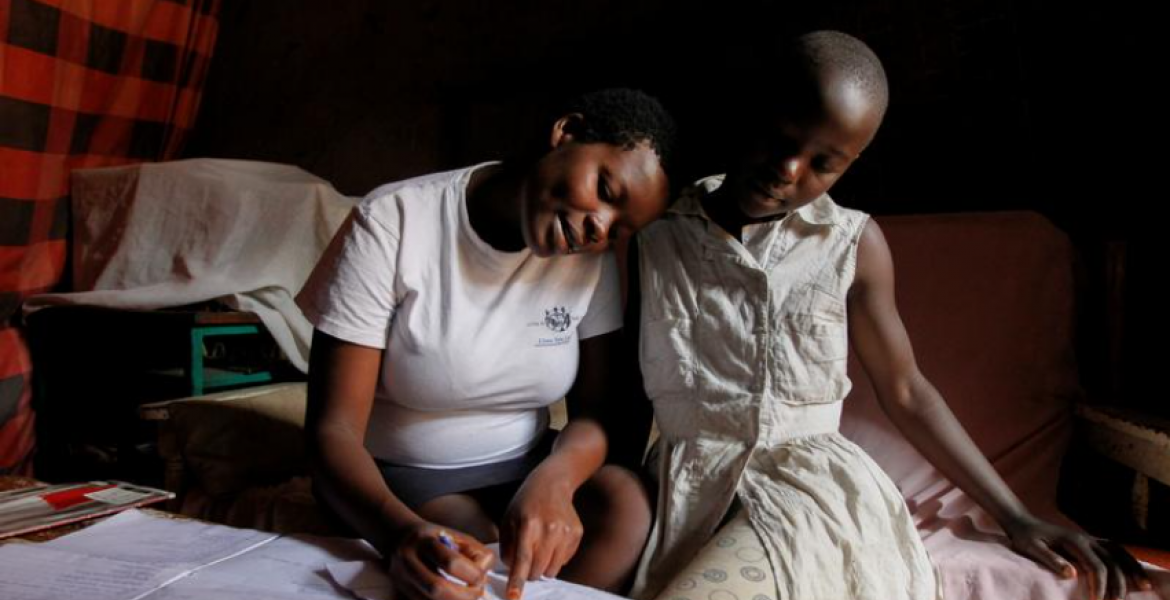 When the Covid-19 pandemic broke out in Kenya in March, the government was forced to shut down schools to prevent the spread of the disease.

The Education Ministry said schools will remain closed until January 4th when learners will resume learning for the second term of the academic year.

Reports indicate the closure of schools has led to the rise in cases of teenage pregnancies among school-going girls.

17-year-old Jackline Bosibori is one of the many students who found themselves pregnant during the lockdown period after she involved herself with a man in his twenties.

“If I was in school, this could have not happened,” Bosibori, whose dream is to become a lawyer, told Reuters.

Bosibori’s mother Ann, who is raising six of her kids alone, collapsed in their single-room house in Lindi village within Kibera slums in Nairobi when she learned her daughter was pregnant. Ann feeds her family by selling vegetables on the roadside.

The bad news came at a time when the family was facing eviction from the house due to the inability to meet rental obligations. As if this was not enough, the man who impregnated her stopped picking her calls.

During her pregnancy, Bosibori helped with chores like washing laundry in puddles in Kibera. She bought second-hand clothes for the baby in a nearby marketplace.

Bosibori had some complications and delivered through a Caesarean Section after a recommendation by doctors. She gave birth to a healthy baby girl weighing 3.3kgs.

“I am happy the baby is here, the anxiety is now over,” said Bosibori.

She will be taking care of the baby full time until schools reopen early next near. Ann, who insists Bosibori must go back to school, says she will find a way to care for her grandchild.

“The girl has to go back to school.”

In Lodwar, a town in Turkana County in northern Kenya, things are not different. The International Rescue Committee aid group says teen pregnancies among its clients grew nearly threefold to 625 between June and August this year, compared with 226 in the same period last year.

Joy Ambiyo, a nurse at a local clinic where Bosibori sought antenatal care, says the number of expectant girls has been growing.

“Since COVID-19 started, we are having more,” she said.

It is believed there is a good number of pregnant girls who are skipping doctors’ visits, which puts them at risk of health complications and unsafe abortions.

“We know that young girls who get pregnant do not access healthcare services like adult females because of the judgment,” said Ademola Olajide, the United Nations Population Fund representative in Kenya.

I ask a rhetorical question,"do these girls know they could get pregnant engaging and in sexual activity?"
Yes,iknow that teenage pregnancy did not start with closing of schools,but the increase was.My point being that, let's worry about solving , teenage pregnancy and we won't have to worry about an increase at anytime.For some reason,there is lack of "punishment" for boys/men who impregnate girls.These young girls being pregnant is punishment for obvious reasons.No boy,or man drops out of school for impregnating a girl.Lets force the boys/men to pay for the part they play in impregnating.Lets make them equally responsible.Equal time to baby sit,and miss school as well is a good place to start.

KAMARU sang about this long time ago.
The only difference is newer gadgets and non involved parents until this happens.
Twist and Rumba of modern day.
But we need to root cause and solve this issue.