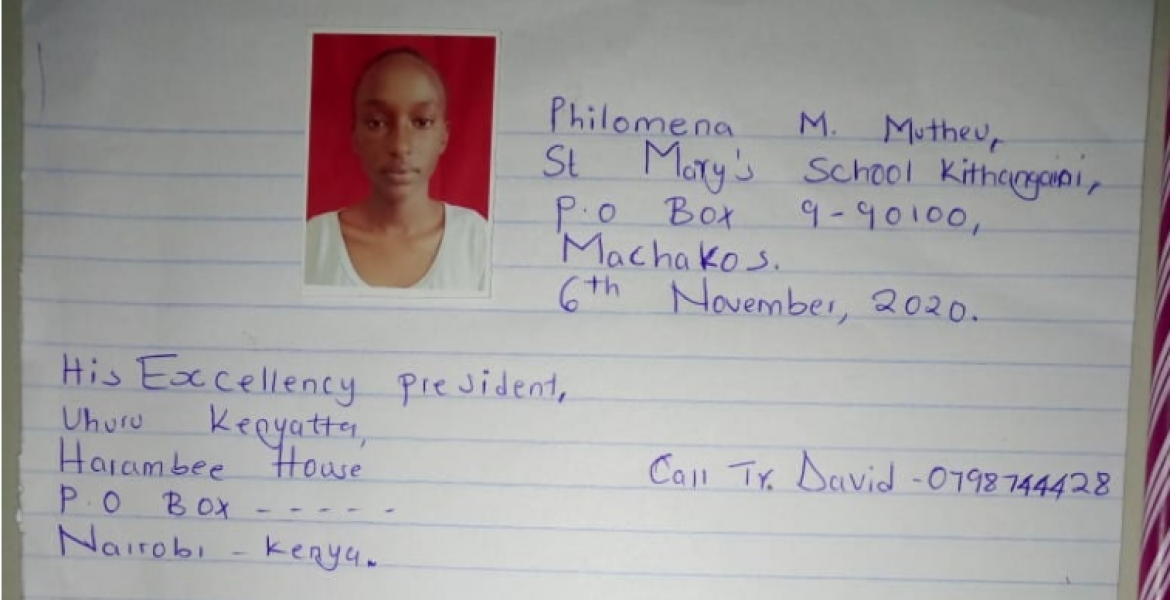 Machakos Governor Alfred Mutua has put a smile on the face of a 17-year-old girl who wrote a moving letter to President Kenyatta seeking help to settle school fees.

Philomena Mutheu, a KCSE candidate at St. Mary’s School in Kithangaini, Machakos penned the letter after she was sent home over outstanding fee arrears amounting to Sh26,958.

On Wednesday, Governor Mutua announced Mutheu went back to school after he paid the fee balance in full.

“She is now back in school and in class. Early this (Wednesday) morning, I established that her case is genuine and not a fabrication as some people had tried to purport,” Governor Mutua tweeted.

It emerged that Mutheu and her young sister are orphans and were reportedly being tossed from one relative to another. The two have been receiving support from an NGO called Oasis of Hope which had already paid part of Mutheu’s fees (Sh5,000).

In her letter to President Kenyatta dated November 6th, Mutheu wrote: “I am always top 10 in my class, I have nobody to assist me, this had led to a lot of stress and depression. I aspire to be a teacher but I have lost hope in life. I need a lot of guidance and counseling to gain strength.” 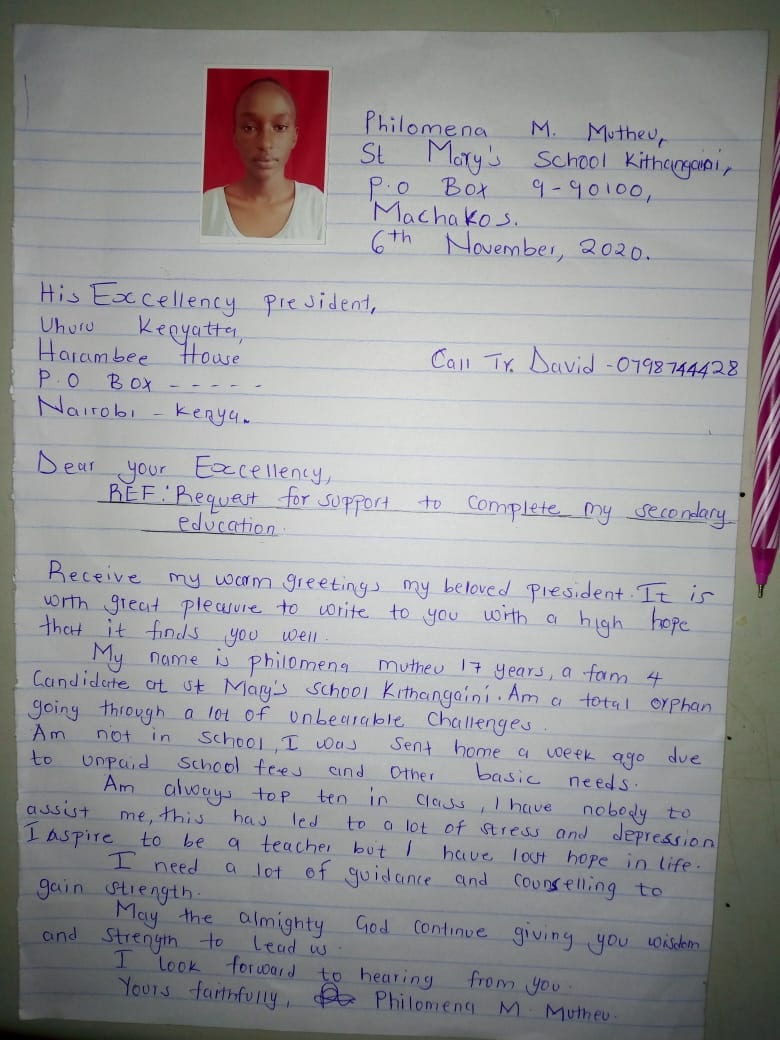 Sad story.
With all the money that has been stolen in Kenya by a few,Kenya education would be free.But the dynasties, the choice few, who we view as demigods put us where we're.
What happened to the school bursaries?
Mutua did ok,paying the school fee,but this girl needs more than that.