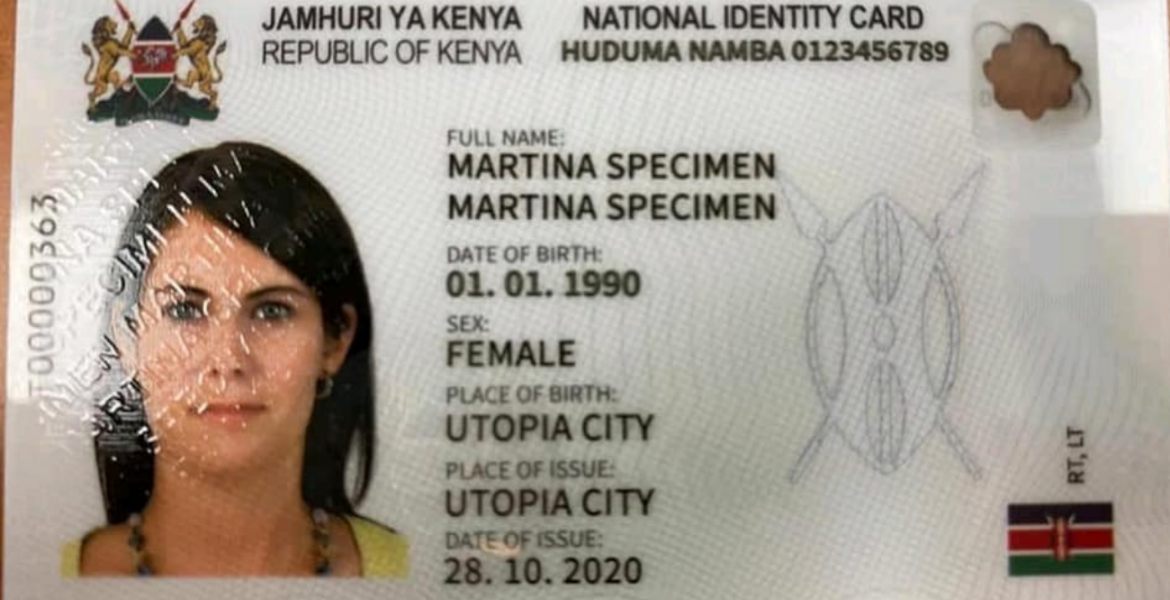 Kenyans have been aggrieved by the government’s decision to use the image of a white woman on the sample of Huduma Namba card.

A sample of the e-card was shared on Twitter by Government Spokesperson Col. Cyrus Oguna, who sought to set the record straight after a fake version of the Huduma Namba card was circulated online. The fake Huduma Namba card had a Mastercard logo.

“This is the feel and look of the Huduma Card,” Oguna captioned an image of a sample of Huduma Namba card. 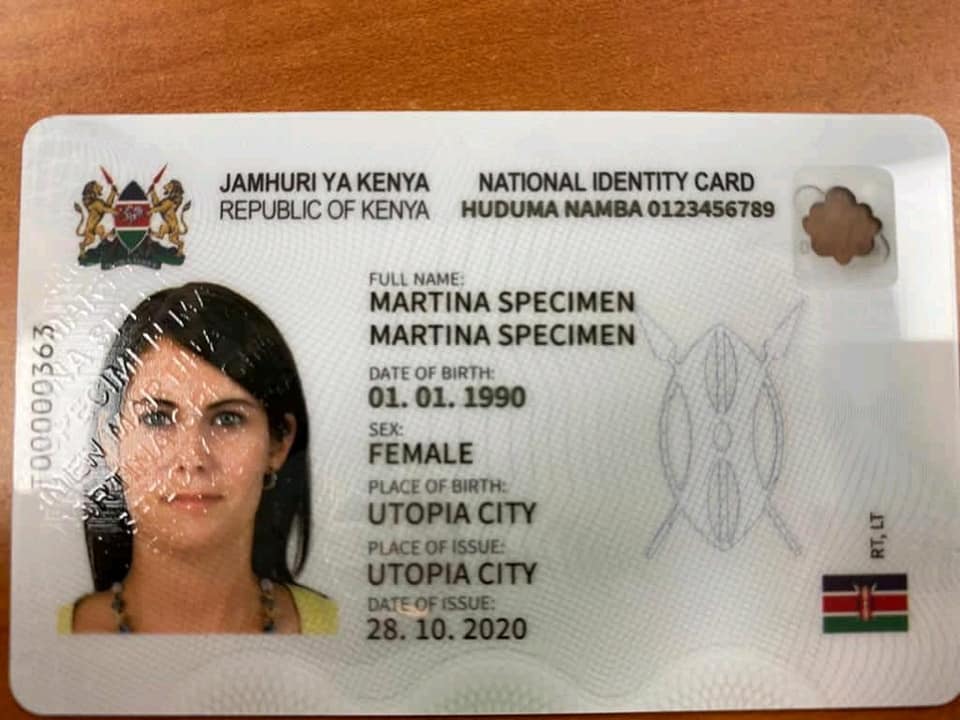 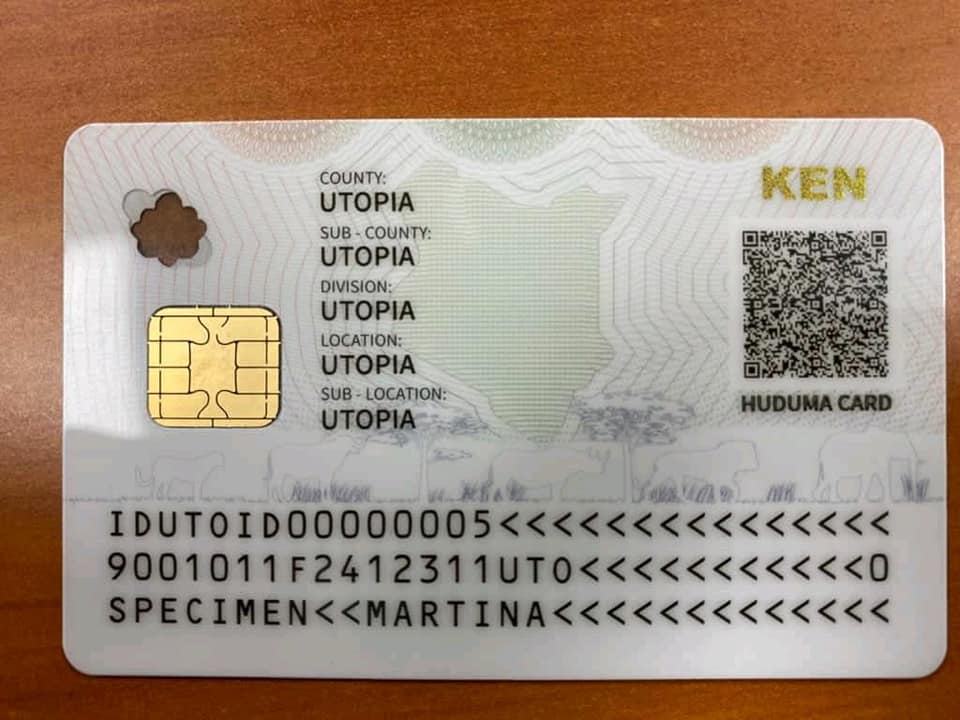 In a separate statement, Oguna said: “The Government of Kenya (GOK) has now distanced itself from the picture terming it as fake. Kenyans have been made to believe that this is how the #HudumaCard looks like. We wish to clarify that this is FAKE and that #HudumaCard has no expiry date. Kaa Chonjo.”

But what captured the attention of Kenyans on social media is the use of a picture of a Caucasian woman on the sample Huduma Namba card. They wondered why the government could not use a photo of a Kenyan.

@EstherAruka asked: “There was no indigenous African to use for the specimen?”

@BravinYuri tweeted: “So they had to use a white person as specimen. Wow!! 😂😂😂.”

@SankaHersi posed: “You could not get e.g Jane Kamau or Anthony Mutisia to use as a demo? Inferiority complex or a complete contempt for Kenyans? Which one is it?”

@geff_kim wondered: “Why would the kenyan govt use a sample with foreign details and even location to show a sample, they are not proud of their originality, this govt though needs prayers.”

@_samkioko said: “Apa kwa picha hamgepata "Wanjiku" ama "a fellow Kenyan" afikishe hii ujumbe ama Utopia would do it better!!? At such a time I still find this to be a misplaced priority, can we first deal with Corona issue!!!!”

@jandotony asked: “Why are you using a White woman, can't you get someone black like any other Kenyan to be a specimen 😠.”

Billionaire Kenyans are complaining about a lightbrown woman yet their first names are all from the same woman,her husband,father,mother,siblings,children,relatives etc,yaani fake names.When was the costitution/law amended to replace Kenyan ID with HUDUMA number?Will the useless govt force billionaire Kenyans to replace all titles,bussines,properties etc registered under the Id's to the kasia huduma?

So you know how much food you can buy for the hungry Kenyans with the money spent of changing the I’d to handyman number I’d?? Very mixed priorities if you asked me!

The Chinese continue to mortgage Kenyans with debt and with their fake everything. This makes me want to puke when I think about the future of our country and the cheesy direction we are all heading to; a huge cliff a few feet ahead of us!

I am Not sure which Kenyans you're referring to because 'I' do not need no Validation from no godamn foreigners. Guest #13; please do not generalize people. That's called Prejudice...

You are a foreigner with that kind of weird name you have affixed to yourself! Ati njuri goat smelling ncheke??? What does that dirty name come from? Mogadishu or Meru??????

What makes you think the person on the photo is not a Kenyan? Are you expressing your own low self esteem and and a bunch of your insecurities here? Gee weeez @guest13 please shut up!

There are kenyan americans, kenyan briton, kenyan indians and there are kenyans. That does not look like a kenyan. no need to get all heated up.

And how does a Kenyan look like you dummy? There are pure blooded folks who are Kenyans! Don’t display your low levels of stupidity here!

Your lack of comprehension is very telling. Read my post again.

Emancipate yourself from mental slavery only yourself can do it.

Is inferiority complex a cancer or a virus??

I think it is both because it has lingered in Kenya for a very long time!

Even our black women are now all white/pink toned; at least on the face where we can see but I’m not sure what color is under there....

The Kenya id are made in India! Indians are very racist. And vey prejudiced! So, the Indian makers hate black people but they want their money; paid in dollars! That is how the Indians roll. Asked- governor Waititu to confirm all this shininangan!!

Rome freezes Every time they elect a black cardinal! And you guys just cerebrate thee thou cardinal with severe reservations!

A black pope will have Rome redoing the white smoke for a new choice. Look at America, the seat of freedom and democracy!! Obama caused a huge stir with the evangelicals going to bed with Trump as they secretly supported choke on the neck (I cannot breath) policies...... against blacks.....

Why are you wasting the space here @kk? Why?? At least you can say that is your sister, cousin, wife or something to that effect!

@Margrer Do you own this real estate? You must be obtuse to reply to my “no comment”. Address the article unless it’s too complex for you to comprehend.

So the article was too complicated for you to understand the content therein in the first place @kk?? Apparently your simple mind hot confused! And yes, I do own this real estate! Meza wembe!!