Obama Recounts His Unforgettable Tour to Kenya in 2006 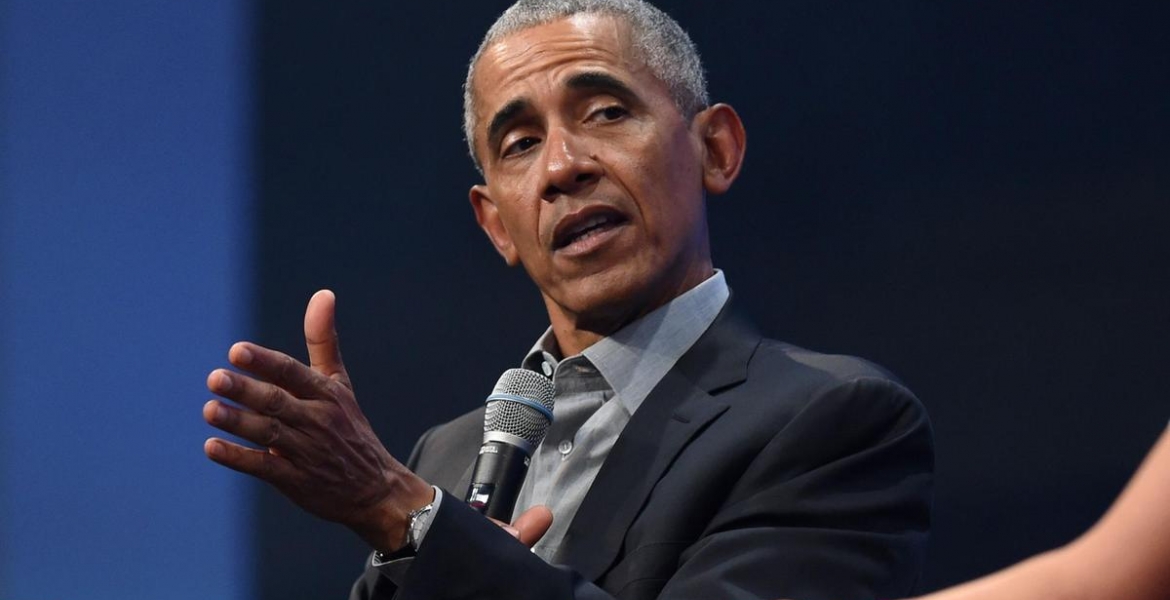 Former US President Barrack Obama has opened up about his unforgettable visit to Kenya in 2006.

Obama, who was the Senator for Illinois at the time, arrived in Kenya as part of his four-country African tour to raise awareness on HIV/AIDs as well as reconnect with his roots. He was in the company of his wife Michelle Obama and their two daughters, Malia and Sasha.

In his newly-released memoir, the 59-year-old says he and his family were stunned by the kind of heroic reception they got from Kenyans.

He notes that thousands of people lined up along the roads to wave at him as he made his way to Kogalo Village, Siaya County where his father was born.

“We were surprised to see people lined up and waving alongside miles of highway,” Obama writes.

He adds that his security had a rough time trying to shield him and his family from a huge crowd that surrounded them.

Obama writes that the only time they got an opportunity to breathe was when they visited the Base Camp Masaai Mara in Mara Game Reserve.

“Only when we went on safari, parked among the lions and wildebeests, did we escape the commotion,” Obama adds.

He also recalls an incident where things almost got out of hand after he and Michelle stepped away from his security detail to take a public HIV test.

“And when Michelle and I stopped at a mobile health clinic to publicly take an HIV test as a means of demonstrating its safety, a crowd of thousands showed up, swamping our vehicle and giving the diplomatic security team a real scare,” Obama notes.

Obama visited Kenya for the first time in 1988 when he was 27 years old and came back with his wife four years later in 1992.

His last visit was in 2018 when he inaugurated the ultra-modern Sauti Kuu Foundation Sports, Resource and Vocational Training Centre in Kogelo, which was built with the support of the Obama Foundation.

The empty suit, useless man. He did nothing for Africa. He attacked Lybia, the only rich/stable African nation during Gadaffi, now the country is suffering and death.

@jayson - That is your damn problem because you expect everything to be handed to you on a silver plater! Always give me, give me and more damn give me! Obama is not your dad fool!!

Go get a damn job and get busy making a life fir yourself! Men are required to work a for damm living any where in this world! Give us a break you lazy boom!

It is somehow stupid for a grown ass man to be asking another man (Obama) for some free hand outs! That is what have kept Africa in the dark - expecting others to feed you!

Obama was one of the best presidents the world has experienced! And insulting president Obama just makes you look quite stupid!

Why don’t you work to make a living @layson? That is what me do instead of passing the blame to others! Ghee weez!!

I kind of feel sorry for your unworthy ignorance and your myopic look at life! I hope you don’t have a woman attached to your lazy name! No woman deserves a useless man!

What did you want Obama to do for Africa, and you in oarticular? Wipe your dirty ass?

You are not a student of history if you thing Libya was the only rich stable country in Africa during kadaffi’s tyrannical reign!

Surely you are not old enough or well educated to lecture us on Libya @jayson! Ignorance is just a terrible thing to preoccupy your medulla oblongata!!!.

Return to your early grade levels to be further educated!