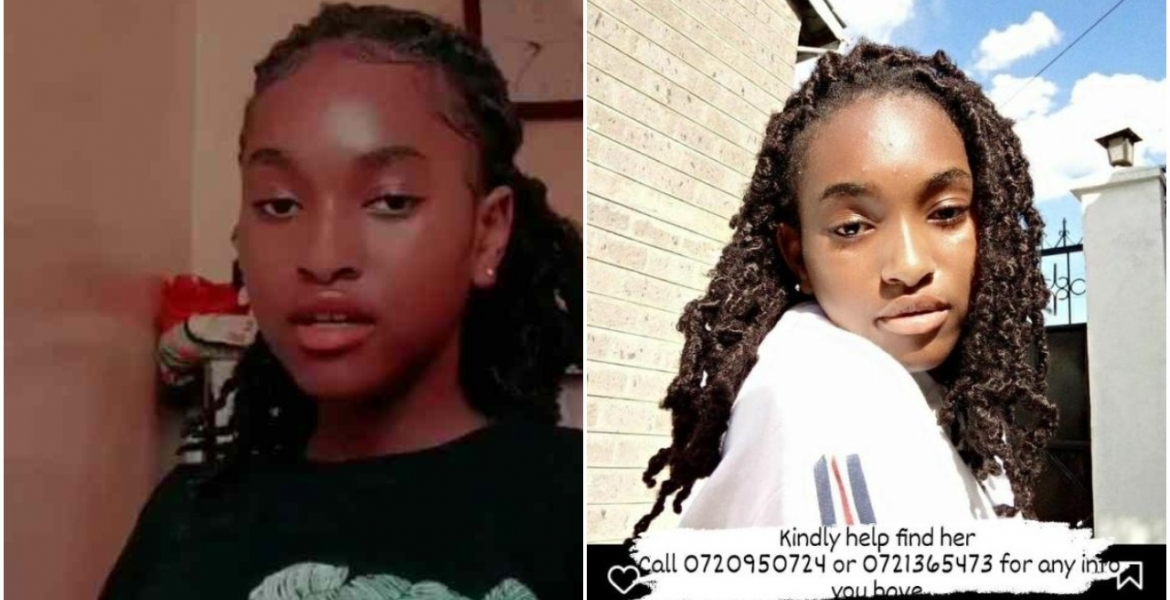 Seven Kenyan girls aged 16 years have reportedly gone missing after they received calls from a US phone number.

The teenagers were lured out of their homes in Nairobi on the night of Saturday, November 14th through calls made from a US phone number, according to a cousin of one of the seven girls.

In a video circulated on social media, she says her cousin identified as Shanise Ndunge Muoka, and the girls were offered an opportunity to audition for an undisclosed movie role.

She adds that the girls were in contact with a Caucasian man and the phone number used to trap them does not go through.

Reports indicate the girls were last seen being transported to Mombasa.

Ndunge’s cousin says they believe the girls have been sex trafficked and the family is appealing to Kenyans to help them find their daughter and her colleagues.

The families are also working with the police to locate the teenagers.

The US Trafficking in Persons Report 2020 placed Kenya on the list of countries with the worst human trafficking trends in the world.

Area Code 789 has not been assigned for use by the North American Numbering Plan Administrator. If you receive a phone call from area code 789 it is a spam call.

This is a story made for FB and entertainment, and now you've DCI involved. Someone should pay for this joke.

If their families knew about the conversation that was coming on, why did they not stop their daughters from interacting with strangers like those. I am sure you guys are now asking for help once you have realized that the deal was not real.

Kenya among countries with the worst human trafficking trends... wow.Not something to be proud of,but not surprising.
When you read about parents encouraging their young daughters to go after wazungu for money, should this shock anyone?
We as asociety have absconded our responsibility toward protecting our children.Its really horrible to see young girls seducing track drivers heading to Uganda...or marrying too young. The list is endless And now this ...?We are failing our youths,and complain when the go astray...

First, have Kenyans had of google numbers? Anyone can create those, use them and you won’t trace that number to a phone. All they need is a Gmail address to have one. Now, that can be done just about anywhere.

So, the criminals may not even be American to start.

Secondly, Have the cops check these Jungus huko Malindi, Manda, Lamu...many European sex pests are having a great time there.

Ah, the horrors poverty can bring! Now the poor gals are probably somewhere smelling old shriveled white balls for a shot of whisky!

Seems like this is a false report, prepared to get hits and popularity.