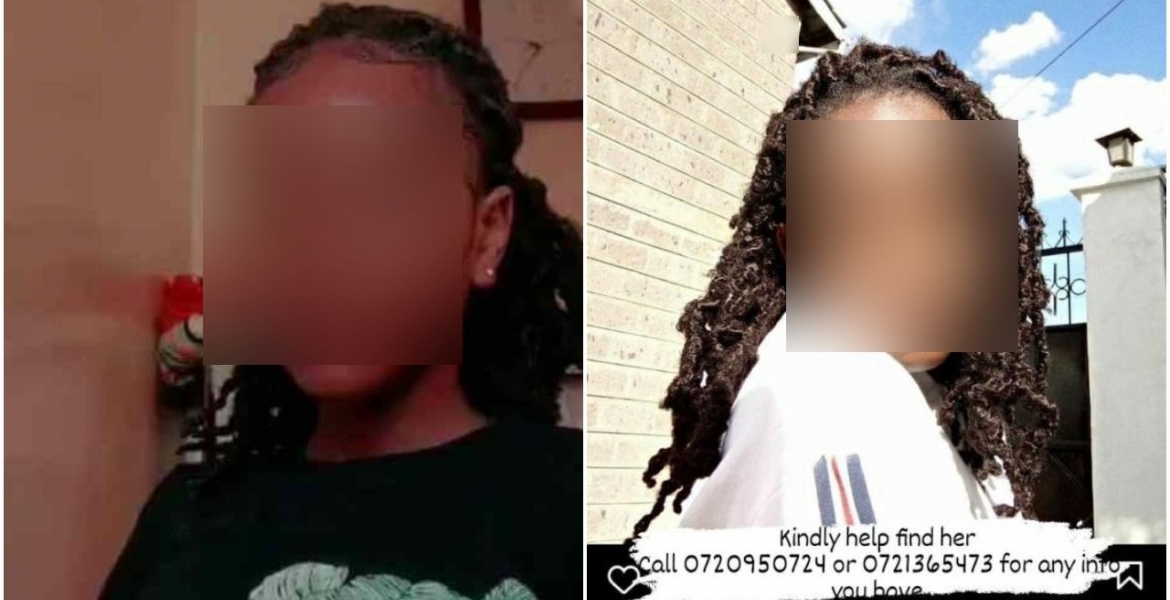 Seven teenage girls who were reported missing after allegedly being lured from their homes in Nairobi a week ago have spoken out.

Reports indicated that the teens were lured from their homes by a Caucasian man who had promised them lucrative auditions.

A US telephone number (+176896663236) allegedly used to communicate with the minors is said to have gone off shortly after they disappeared.

It was feared that the high school students were kidnapped and trafficked for sex but three of them were found by detectives from the DCI’s Child Protection Unit on Friday.

Speaking to Daily Nation, Natalie—who was among the three girls found on Friday—dismissed reports that they had been abducted, adding that they disappeared from home as they were bored staying indoors.

Natalie added that they were being hosted by a friend identified as Maria at an undisclosed place where they fed and made merry. She declined to give further details.

“We were just running away from boredom during these Covid-19 times. I would not be here if it were not for the angle the whole thing has taken on social media, with people trolling us,” she said.

Her sentiments were echoed by the other girls who went ahead to dismiss their parents as “analog.”

Prodded to explain who Maria was, where she came from, and what she does for a living, Natalie became aggrieved, only stating that she trusted her as a friend.

“You elders don’t understand. Once you meet online, you build a bond beyond the worries and doubts you’re raising. The questions you’re asking are yours. Don’t give me undue pressure,” Natalie said.

She added that once the drama about their disappearance ends, they will plan another getaway to have fun.

Natalie noted Shanice Muoka, the girl whose cousin released a video seeking help to trace her, would laugh if she saw the clip. She said this was not the first time Shanice disappeared.

“I’m sure if Shanice were to see this video, she would just laugh it off because she does not care. She calls one of us and we beg her to return home. We know each other’s contacts off head,” Natalie added.

Maria is that white dude who took them. Waiting to hear what the other girls will say.

Really?? Is this the soo called the digital generation? The fact parents are analog does not mean you cannot pick pieces of advice. We have seen the worst, including deaths, happen to our dear kids. Parents were teens too and might have a word for you. One muhenga said, "asiye funzwa na mamaye, hufunzwa na ulimwengu"
We do this from love.

these kids need an ass-whooping! are they not supposed to have curfews?

There was a similar story some years back. What is happening? I think the Matrix is glitching again.

Fun. Really, that all she can think about in this pandemic. Ignorance is bliss. The world will teach you if you keep following this path. You dismiss your parents now, but when shit hits the fan guess who will be there to help you.