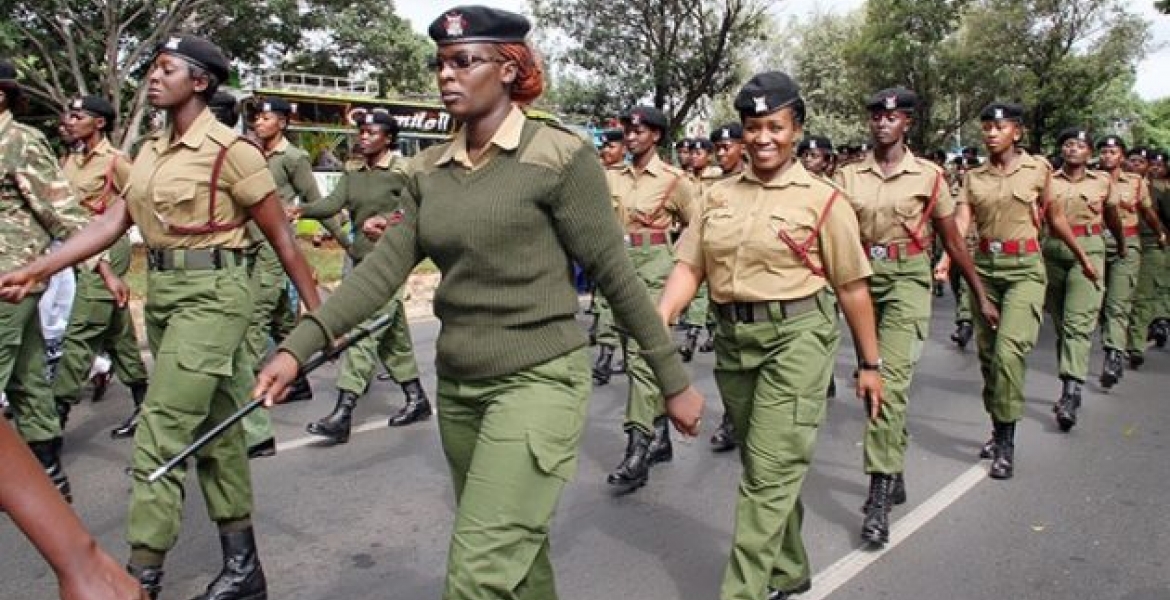 Deputy Inspector-General of Police Edward Mbugua in a circular said it has been observed that female officers are wearing their hair in unacceptable styles.

Mbugua went on to list some of the dress-code regulations that policewomen should strictly adhere to while on duty.

“I draw your attention on service standing orders Chapter 11 dress-code regulations which stipulates clearly on how officers should wear their hair,” reads part of the circular.

The regulations require female officers to style their hair in a way that does not extend beyond the collar of their blouse, interfere with wearing of all official headgear, and not fall over the ears or on the forehead.

Further, the hair should not be dyed inconspicuously unnatural colors, and where accessories are used to secure the hair, they shall be plain in design and of a color that blends with the hair.

For female officers using make-up, Mbugua says it should be subtle, discreet, and only natural and clear polish may be used. Nail extensions are prohibited while tattoos shall be covered and not visible to anyone.

Mbugua also directed all regional commanders to ensure the dress code is strictly followed by their juniors.

The Kenya Police force (of today) has become Whoredom for real; very Unprofessional and Negligent.

Edward Mbugua wacha unjinga.
As long as they are performing and it doesn't affect them, please leave them alone.
I would rather have sexy looking police women than bug pot bellied police men.

Seems like u werent taught orderlies as you grew frm childhood no wonder such a mistaken comment.police officers(female to b precise)arent out there for beauty contests and enticements but to serve with decorum.

Long fake nails maybe unsafe but hair colours? Obese cops are a hazard to the public.

I agree with Mbugua police work is not a beauty contest. But what about the over weight pot bellied male officers giving a bad name to our police force, they should get in shape up or get out.

Hata nao wako na bwana zao, lazima wangarie pia, some are hunting so mkubwa you know they have to look beautiful🤷‍♂️🤷‍♂️

Since we like emulating the best,do we know how the best ranked police women in the World "look like?"Have there been incidences where these un acceptable styles have
hindered performance ? Is this not just an extension of men controlling women?
Why don't they have women make that decision?
Mbugua is focusing on inconsequential issues.Lets deal with police brutality,takingbribes-These are the concerns wananchi have.You might add physically unfit police men and women as a concern as well.

Let the pretty police women be as long as they are doing their job! They need to look pretty to attract some men in this highly competitive world of men shortage! I would rather be arrested by a pretty dame than a man looking chick!!

All American police(eg NYPD,DC Police) are all obese. And they do their work relatively well, except for the excessive force now and then, especially against "rowdy" black people