Agnes Wangui: Woman Who Stopped MP Justus Murunga’s Burial Says She was a Hawker When They Met 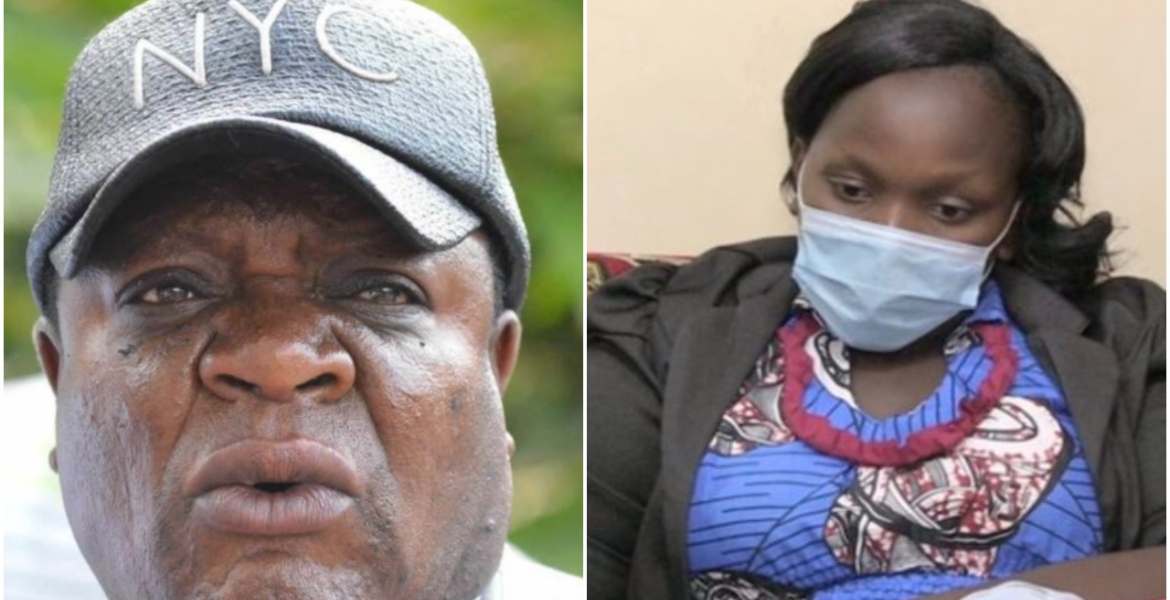 Agnes Wangui Wambiri, the woman who stopped the burial of the late Matungu MP Justus Murunga has opened up on how she met the deceased.

In an exclusive interview with Daily Nation, Wangui said she had a seven-year relationship with Murunga, which led to the birth of two children—a boy and a girl.

Wangui divulged that she first met Murunga in Ruai, Nairobi in 2012 while working as a hawker selling porridge, boiled eggs, and tea.

“I used to hawk porridge and cooked tubers in the Sewage area in Ruai,” she said.

Murunga went on to become a regular customer and would buy from her almost on a daily basis and fell for her in the process.

“I used to sell him porridge or tea every day. Then he fell for me,” she said.

She stopped hawking after Murunga rented her a three bed-room house in Ruai where she has been staying with her kids, aged seven and three.

“I stopped selling porridge and tubers after Murunga said he would take care of me and the children. He rented a house for us and used to meet all our needs,” said the woman.

Until his death on November 14th, Wangui said Murunga had never failed to pay their house rent or upkeep. He had also bought land in Karen where he was planning to build a home for Wangui and her kids.

“He loved me and his children. He is the one who named the last born when she was born in 2017. He had even told me that he would formalize our relationship with a customary wedding under the Agikuyu rites,” Wangui added.

A day after the MP’s death, Wangui filed a suit in court seeking to be involved in the burial arrangements together with her children.

She further asked the court to order the collection of DNA samples from Murunga’s body and her kids for comparison and confirmation of their paternity.

On Friday, the court lifted an order stopping the burial of Murunga and ordered Wangui and her children be allowed to participate in the MP’s send-off.

The court also ordered the collection of samples from the former MP’s body for DNA analysis.

Murunga is set to be buried at his rural home in Matungu, Kakamega County on December 5th. The politician reportedly succumbed to Covid-19 while being taken to St. Mary’s Hospital in Mumias.

You don’t quit your business to follow a salaried polygamous MP. You lacked vision for your future! Now the chicken have abruptly come home to roost! Figure out what you need to do to continue living..