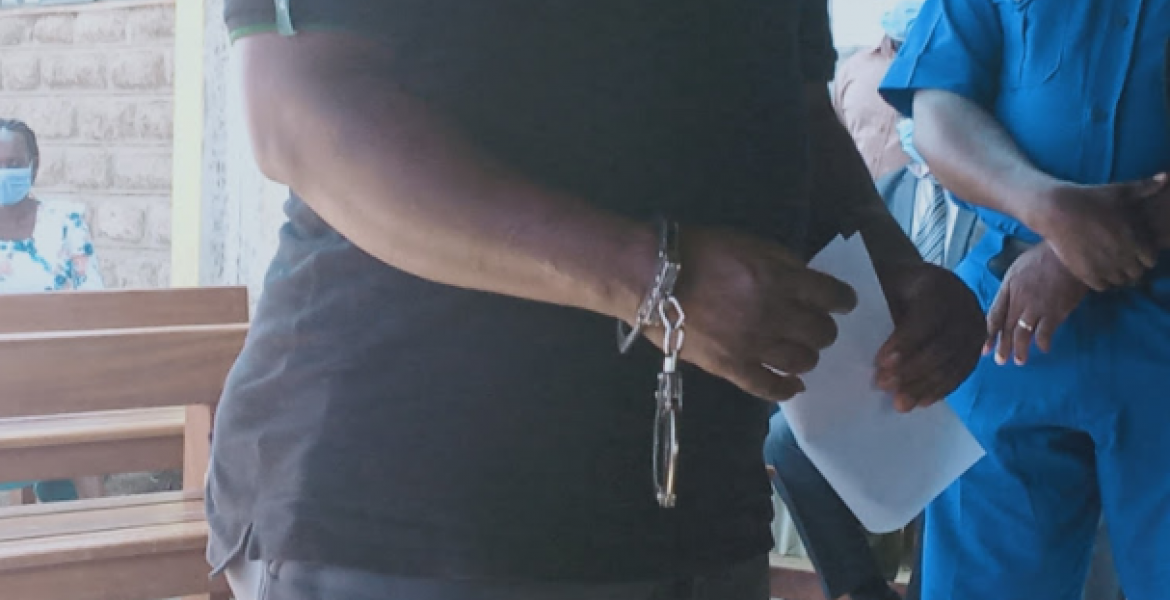 Appearing before senior principal Charles Mwaniki of Kibera law courts on Wednesday, the man was charged with committing an unnatural offense contrary to section 162(a) of the Penal Code.

He faced a second count of committing an indecent act with an adult contrary to the Penal Code.

The charge sheet read that the accused identified in court as BW committed the offenses on diverse dates between August 2020 and November 2020 in Nairobi’s Kangemi estate.

The man pleaded not guilty to the charges and was released on a bond of Sh400,000 with a surety of a similar amount.

The woman told police that she had been living happily with her husband for four years until August this year when he began behaving abnormally.

“I told him that I was not comfortable but... when I asked him why he was doing that to me he told me that he can do anything with me because I was his wife.”

The complainant said she later developed wounds, forcing her to seek medical treatment.

“I went to the hospital and I was treated but again I had developed sitting problems as a result,” she said, adding that surgery was recommended.

The case will be mentioned on December 14th.

Where did this ignoramus
idiot get the idea that he could do whatever he wished to his wife?Is it because he paid dowery(bought her).How about if his wife gave him some serious spanking in the name of sex...
Well she says things were dandy till this August.Could it be that some mzungus introduced him to wild porn?Or he just lost his mind...
Hard to fathom sudden change behavior without some thing prompting it.

The charge here should be he forced his wife to have sex. That is sexual assault even in marriage. This also goes to show that many Kenyans do not understand sexuality and sexual violence.

It's ILLEGAL in the Eyes of GOD; like in Sodom(y) and Gomorrah.

disgusting , unacceptable . He chose a time when she is vulnerable not able to fight back . He is coward kama ni choga si akatafute wale wako kama yeye . Poor woman

mwakilishi; some stories you report on are like those dirty magazines that used to be sold in the streets of Nairobi. stories that are just crazy and dirty. this is not the only article i see unnecessary to report on. what next, you saw w dogs on the way to work. my point is. this is unnecessary news.

“You will never reach your destination if you stop and throw stones at every dog that barks.”
― Winston S. Churchill

Get a whore or another man .You are either an animal or a girly man in denial.Your wife already told you she was not comfortable and you went ahead and insisted.Supposed marriage partner no wander some men have their organs cut off.When you are old and cannot rise to the occasion how will you explain to your child or what you did to their mother .Surely mob justice is too good for you.

What a shame!, Mentally sick and should be not near a human being!
This is disturbing!. Quick recovery to the pregnant lady and hope the UNBORN Angel is safe!

We all understand this man has learned the behavior from other men he lay up with. He should be arrested and charged with forced sodomy. No forgiveness here. He’s behaving like a mzungu!!