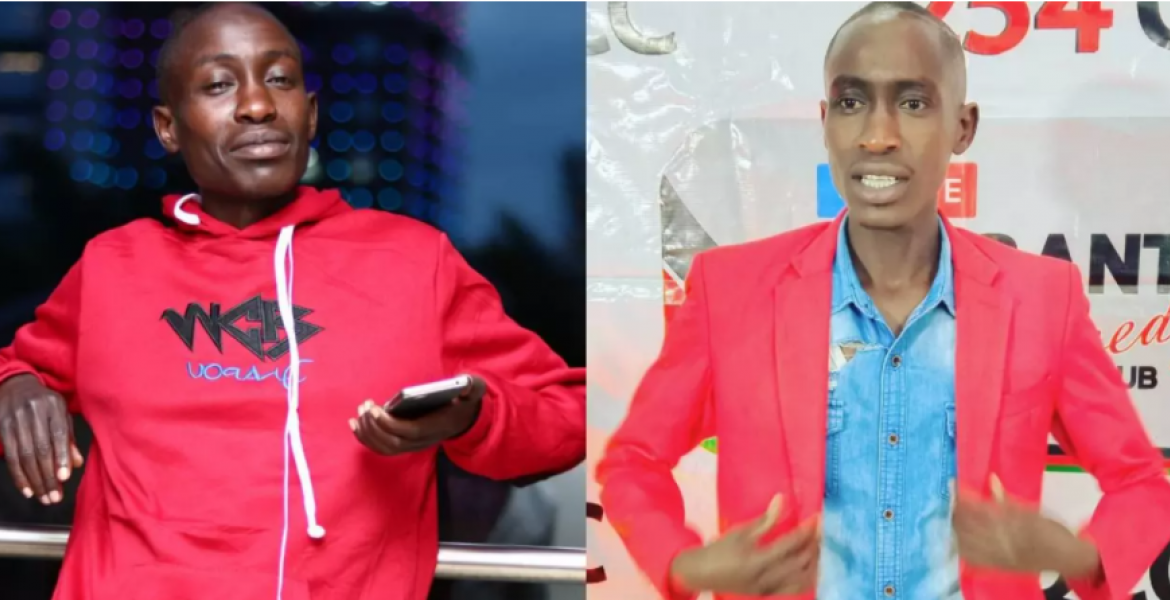 Weeks after he was discharged from rehab, Kenyan comedian George Njoroge, alias Njoro, has opened up on how he wasted nearly Sh4 million.

In an interview with Radio Jambo on Friday, Njoro said he earned close to Sh4 million from shows he made during his three trips to the US.

The former Churchill Show entertainer admitted he has nothing to show for it as he spent all the money on alcohol and parties.

Even though he gave some of the cash to his wife, kids, and parents, Njoro said he regrets he did not spend the money wisely.

“It was party after party for me. I had so much money at the time and I did not think it would ever run out. Hence, I blew it all and in no time, I was broke,” he noted.

He later fell into depression and would drink excessively, which made him violent to a point that his wife had to hide harmful weapons such as knives.

“On numerous occasions, I tried to commit suicide by unsuccessfully throwing myself off an escarpment and taking poison.”

“Every time I went through such a moment, my wife would call my parents and this behavior would worry them a lot,” he added.

Before he was admitted to rehab, he spoke out about his battle with depression and alcoholism, revealing that he attempted suicide three times but all failed. These included ingesting poisonous chemicals and cutting himself on the wrist.

A few weeks ago, Njoro announced he successfully overcame depression.

“Let me tell you one thing, depression is real and it’s just like any other disease. Whenever you feel like you have depression just seek help because this thing is very difficult, I’m happy, I thank God, I thank all my fans. I love you so much,” he said in a video to his fans.

He has since landed two jobs in the media; one at Flamingo Radio and another at KTN News.

“I feel blessed. The situation was difficult but I managed to pull through. If God intervenes in your life, then you don’t have to struggle or lose hope. My life changed and I am now managing my finances better. I had even separated with my wife and children (owing to depression) but we have now reconciled,” Njoro stated.

You got 4 kids who will take care of them? Kaa hapa hapa chini uwalee.

I think he’s actually joking he squandered away 4 million shillings. Joke is on us. Give us the punch line....

I think he is just entertaining folks here..... a kikuyu does not lose that kind of money with parties an alcohol! Even those who drink alcohol until they go blind in day time know better! What a shame if he did do it!!

You keep talking about your money, right?? The money you make as the head of the household was family money; your wife and kids included.

Parties and alcohol drinking buddies maybe willing to refund some of the money you wasted together.

It is about time you need to start teaching your 4 kids how to manage money so that they don’t follow your wasteful footsteps!

It is all about easy come, easy go cash!! Hope you have learned your life long lessons! I don’t pity you!

You forgot to remind Njoroge to wear condone next time he deeps! Family planning is essential in keeping a healthy family!

“Spending money wisely” is an understatement @njoro! Obviously you hugely screwed up bro!

Do you know how many men do the same thing you did leaving wife(s) and children hungry? Quite a lot! You need a good wife from Karatina in Nyeri county! She would have slapped common sense in your small Njoroge head!! Trust me!!

@ciro - my older brother is 44. He already has 3 wives and 11 children. He still lives a wreckless lifestyle of booze, partying and womanizing. Which market in Karatina can I buy him a Nyeri woman to shape him up?? Your helped is most welcome!

Please visit Kamakwa market on Sunday! Women looking for husbands are there readily available to move in ASAP! Dowry is negotiable near the Chief’s office!

This guy @joro is not a true kikuyu man! The real kikuyu men that I know are very tight with their money. They can make a shilling out of milking rocks; I mean stones!!! No kikuyu man will squander 4 million shillings unless he is possessed with demons!!

I'm glad you got your life back together... Depression is very real and debilitating...

I think we have severely weakened our boys to making them accept failure while they are doing all the wrong things. Where were the local elders to advice Njoroge against squandering some hard earned money!? What do you think Dad’s Kimathi went through fighting for Kenya’s independence? We need seers in our society like we had Mugo wa Kibiru in the old days to advice these weak boys!