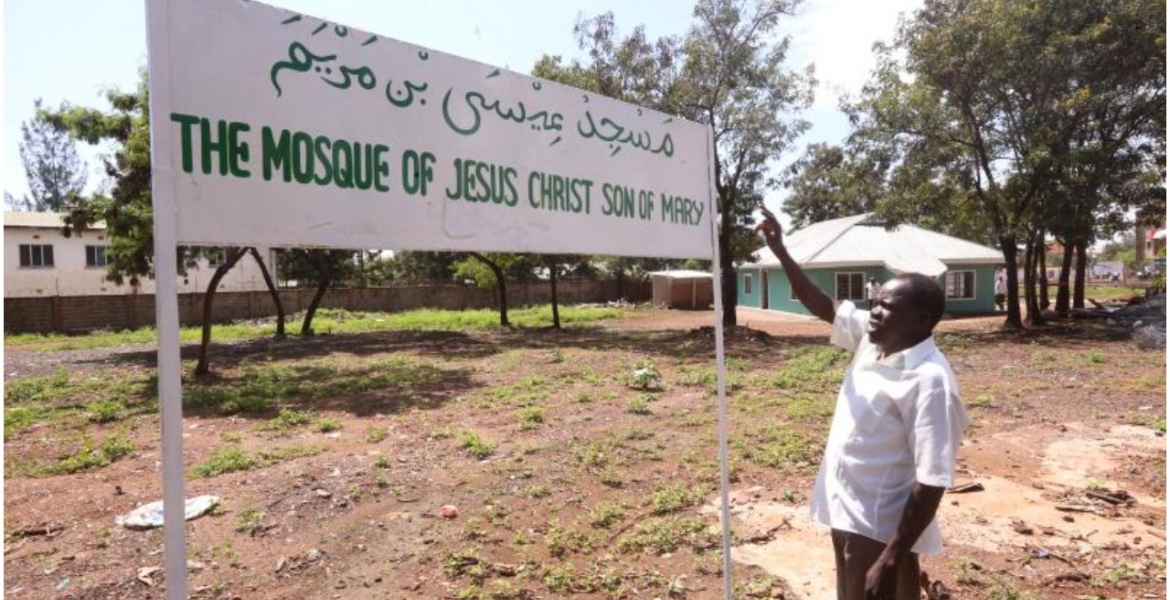 The Muslim community in Kisumu county has named their mosque ‘The Mosque of Jesus Christ Son of Mary’ in a move that has bewildered Kenyans.

Kenyans were left confused after photos of the mosque’s signboard emerged on social media.

It has since emerged that the mosque located in Kisumu’s Kaloleni estate was given the peculiar name following a protracted 35-year court battle pitting the Muslim Association against the Seventh Day Adventist Church (SDA) over ownership of a parcel of land.

The tussle ended in October this year when a Kisumu court ruled that the piece of land belongs to the Muslim community.

Abdul Rashid, a muezzin, told a local daily that they decided to give the mosque the name in an effort to build bridges and heal the rifts. He noted that the move sends a message to the SDA church that they are one.

“We have had a long tussle for the parcel and that is one of the reasons we opted to settle on the name. We are not enemies with Christians," said Abdul, adding that Muslims also believe in Jesus, who was one of the prophets alongside four others that also included Prophet Muhamad.

“Muslims believe in Jesus Christ. The choice of the name is also our appreciation of Jesus Christ who we believe will come back," he added.

A senior government official who is a member of the mosque said there is nothing strange with the name since Jesus is also recognized in Islam.

“Jesus was given Injil while Muhamad was given the Quran. The choice of name is a message to them that we are together. We have always been together," said the official.

Where’s problem with that?am telling you If Jesus and Mohamed were here today, they would be buddies ,all of them allergic to pork meat, both preached about peace BUT it’s their followers who couldn’t even understand that as of today, they had divisions and tribalistic from very beginning.

This is the beginning of better coexistence between Christians and Muslims.
Great choice. All of us are from the same father,but different mothers.
We need love and understanding even when sometimes we don't see things the same way.
Israel and Palestinians should borrow a leaf from this...
Hopefully politicians won't get involved.

To me the real test of brother hood would be to see if such acts call sail in countries like Saudi Arabia,Sudan, Palestine, Egypt...If they approve such names on their mosques,and Christian's reciprocate,then truly we are on apath to world wide peace.

Christians need to find the old version of Torah from land of Isreal which is only written in Hebrew has a clear connection with Islamic faith. The books were intentional either destroyed or hidden to cause huge rift in the 2 religions. Evidently the same is portraited in the present Bible which is altered by humans for they own agenda.