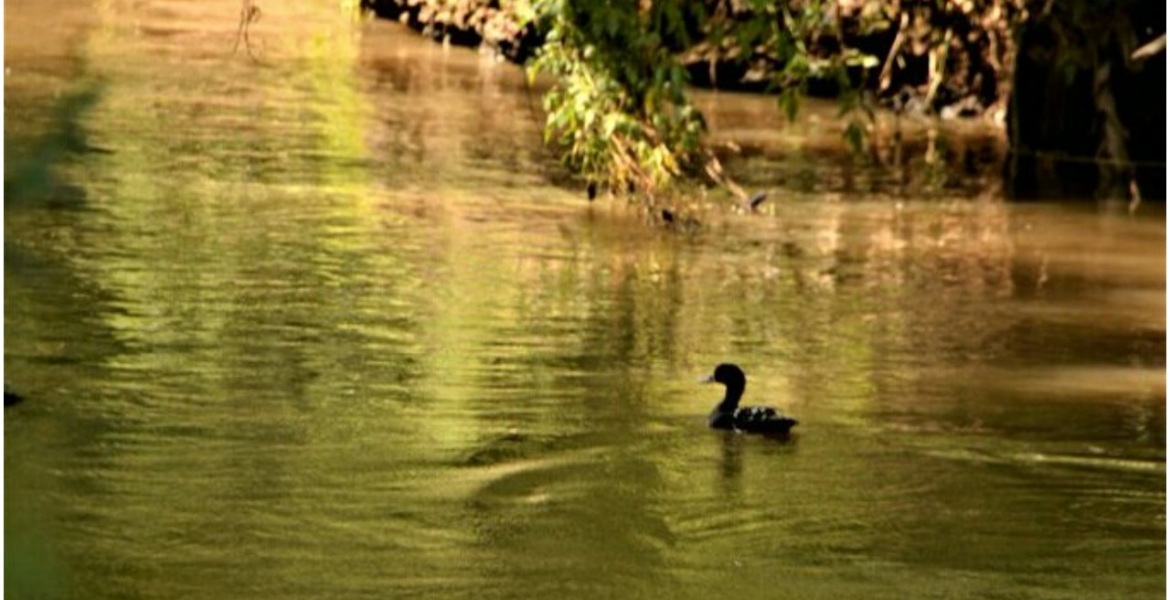 A picture of a duck swimming in the highly polluted Nairobi River near the CBD has elicited mixed reactions from Kenyans on social media.

The photo was shared on Twitter by the Nairobi Metropolitan Services (NMS) and appears to suggest that the government efforts to clean up the river are beginning to yield some fruits.

NMS said the duck was spotted swimming a few meters from the Globe Cinema Roundabout.

The cleanup exercise was launched in 2018 as part of the Nairobi city regeneration program following a directive by President Kenyatta.

Uhuru tasked the National Environment Management Authority (NEMA) to clean up and seal all sources of pollution and discharge of untreated water into the river.

Since then, more than 20 dead bodies have been retrieved from the river, and several residential and commercial entities shut down for discharging effluent into the river.

Environment CS Keriako Tobiko earlier this year said the stretch from the National Museums of Kenya bridge to Globe Cinema Roundabout has become the cleanest part of the river.

“We have seen life coming back; birds, crocodiles, snails, and now even fish can be seen swimming in this stretch,” he said.

Kenyans online expressed mixed reactions to the photo of a duck swimming in the Nairobi River, with some saying they cannot believe it.

@ougomandela tweeted: “A duck ! Swimming in Nairobi River! Meters from Globe Roundabout! And you believe this? Rather you want us to believe this?”

@MaryNyasimi noted: “This is great because it’s an indication that the water is cleaning up.”

@Miwani asked: “Who would have ever imagined.”

@mougendi said: “Had to reverse image search this to make sure we weren't being carried baby.”

You know, this is the period for "lame ducks". A sign from the river.

Having followed past news and events wasnt sonko and his team responsible for the clean up seems to me somebody stealing credit where he sowed not.....