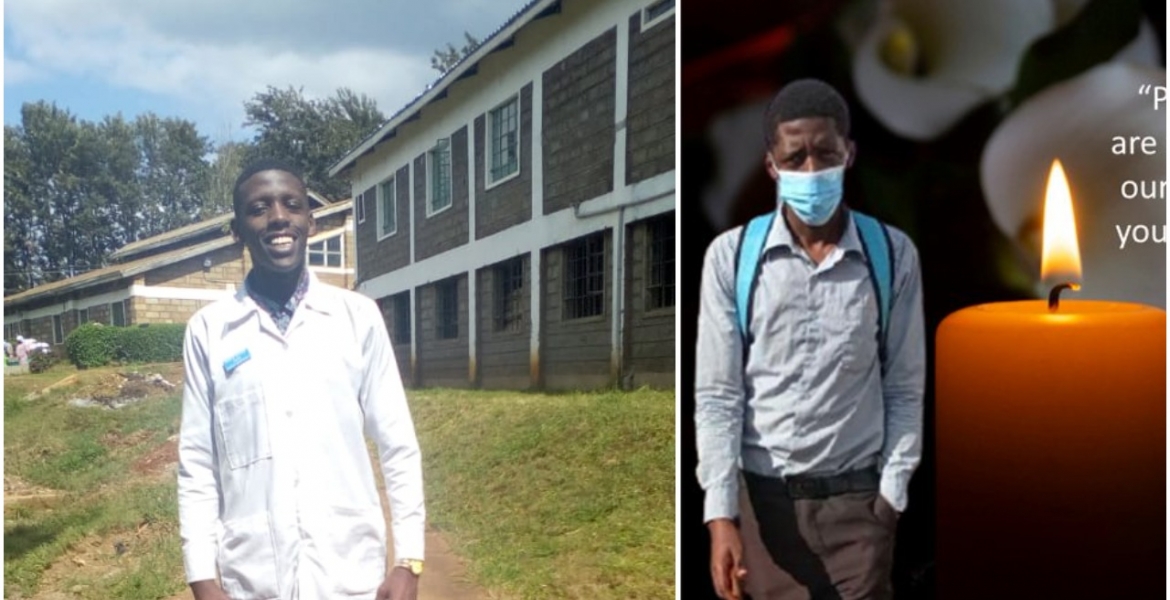 A Kenyan nurse intern has been found dead days after he complained of delayed salary.

Kevin Muthoni who was stationed at Chuka County Referral Hospital was found dead inside his house in Chuka town on Wednesday under unclear circumstances.

He was discovered dead after his workmates went to check up on him at his house after he failed to report to work.

“We have sadly lost one of us, Kevin Muthomi, a nursing officer intern at Chuka County Referral Hospital. He doubled up as the team leader. The late Kevin was found dead in his house this morning,” his close friend Donald Ngulula said.

Muthomi reportedly joined the internship program about four months ago after graduating with a Bachelor of Science in Nursing.

It is alleged that the deceased did not receive a salary for the period he worked at the facility and was struggling to make ends meet.

“It’s a tough time for Bscn interns who have had to work tirelessly without pay during this pandemic, yet you cannot sustain yourself, and you wonder if there are humans/parents who work at MoH!” he tweeted days before his demise.

His colleagues in the healthcare sector and Kenyans on social media are sending condolences to his family using hashtag #RIPKevinMuthomi.

“It is really so saddening to have lost one of us a Nursing Officer Intern at Chuka County Referral Hospital. Four months down, without pay. Depression is setting in. Our sprit is pretty low. God help us all,” wrote Miss Wakobola.

It is a sad sad day in Kenya.

It's always sad day in Kenya.
While the HYENAS are laughing at us for how much they have stolen and the masses keeps dying.

So sad but five million Kenyan fools/hungry billionaires signed to accept the expensive BBI yet they can't afford to pay their doctors.How will additional 100 sex objects @shs 1.5 per month help end poverty in Kenyan?Why should 48m.Kenyans be represented by 600+ MPs & senetors yet only 500 represent 2+ billion Indians?