Kenyan Twins Fall in Love, Get Married Despite Being Disowned by Parents 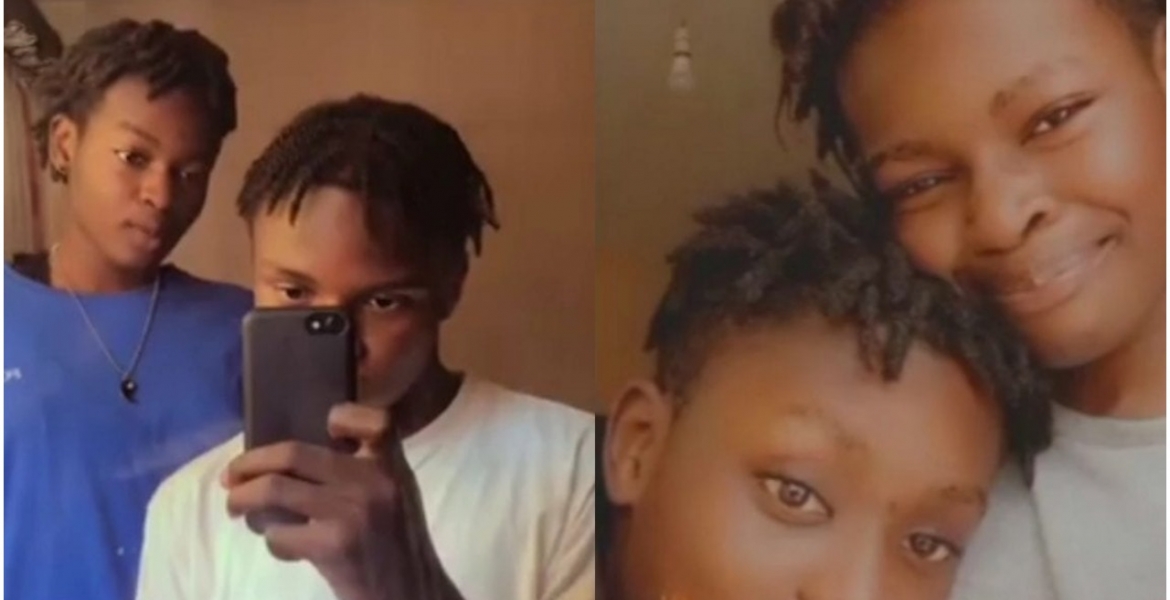 A Kenyan woman has caused a stir online after revealing that she fell in love and married her twin brother.

The lady who goes by the username duhh.itzz.lexy on TikTok shared a video in which she tells the story of how she fell in love with her twin brother, identified as Chiweru Lexy Emilia Official. The two shared several videos showing her kissing and cuddling.

They were allegedly disowned by their parents after going public with their relationship, forcing them to leave their home and start a life elsewhere.

The twins later tied the knot in a wedding which no one attended. The woman divulges that she got pregnant when she was 17 and that the two have a daughter, who is seen in their videos.

"We had a connection since were born, then we realized we were meant for each other. Our parents and friends disowned us, they said it was a sin and we got kicked out,” the woman says.

"We moved out and stuck together. Our love grew stronger. We didn't give up on each other. He proposed and we got married but no one came to our wedding, we got married regardless,” she adds.

"I got pregnant at 17 and we gat a baby girl. Please Don't Judge, that's our story. I hope our love lasts forever."

The video sparked mixed reactions from online users with some supporting them while others rebuked them for practicing incest.

Dorah Khalayi said: “It may be the only true love thriving in Kenya all the best if they happy.”

Steve Ngari said: “A Christian shouldn’t have a problem with this. These are biblical procedures being repeated.”

Nnamdi Edwin wrote: “Don’t judge them. You Pharisees, some of you are hallots and fornicators so don’t cast a stone on somebody who sins differently.”

Kelvin Macharia stated: “People out here saying as long as they are happy… Interbreeding is I fact dangerous they selfish and their children will probably end up mad or die very young.”

"If its true, ur parents fault thou, nd they will be accountable for it. For u guyz. They suppose bury you alive, or poison you two to death."

This is INCEST whose Descendants (already Sciecntifically proven) are bound to have Underlying Health Conditions.

They are more likely to have genetic disorders.You are right.My concern about all this anomaly is that some whackos will start coming out of the wookwork.Sons and mothers -fathers and daughter...claiming "match-made-in -heaven".
Whenever science "conflicts"w ith tradition/customs.follow science.
By the way,isnt incest against the law in Kenya...?

Before the flood the Nephilim devour each other.

Have their parents confirmed they are twins? Or is this just Fake news?

Which one is the boy?

Suuuure they are twins. People will do anything for clout these days. Since they have a child together that makes the guy both a father and uncle so he’s a fancle.

Seriously, we cannot condone this bullshit...social media is killing us.
If our forefathers woke up today, they would whip all of us.
This is just insane...PERIOD.

@kora kanini, I think our forefathers would run back to where they are now.The world,culture,mores would be so foreign to them.