Elderly Kenyan Man Builds His Own Grave, Writes Eulogy in Readiness for His Death 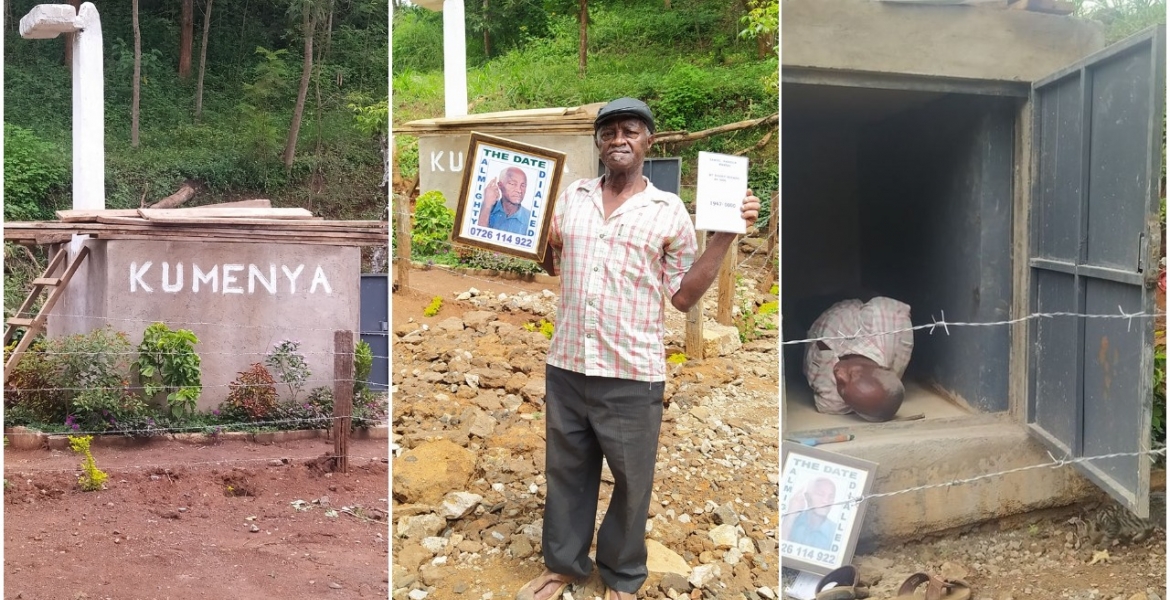 An elderly man from Kiharu, Murang’a County has mesmerized villagers after he dug his own grave in readiness for his death.

Samuel Karanja, alias Kumenya, told the media that he decided to prepare for his interment in advance to save his family from the burden of funeral preparations.

“I do not want to bother people at my funeral, most people bother people with their demise but that will not be me,” he told Citizen Digital.

His final resting place is a single-roomed cavern encircled by colorful flowers with his nickname “Kumenya” written in white on the side. Kumenya is a Kikuyu word that means ‘knowing.’

Further to this, Karanja has made a raft of instructions on how he wants to be buried, including no use of flowers, no cross, and no covering his remains with soil.

He also printed the photo that will be placed on his casket and prepared his eulogy which he wrote himself because no one else knows him better.

I have to say it’s very noble of him to save his family the burden. This speaks volume about how he lived and continues to live his life, always thinking about others. I hope he lives a long life.