Kenyan ‘Twins’ Who Lied About Marrying Each Other Apologize, Say They are Doppelgangers 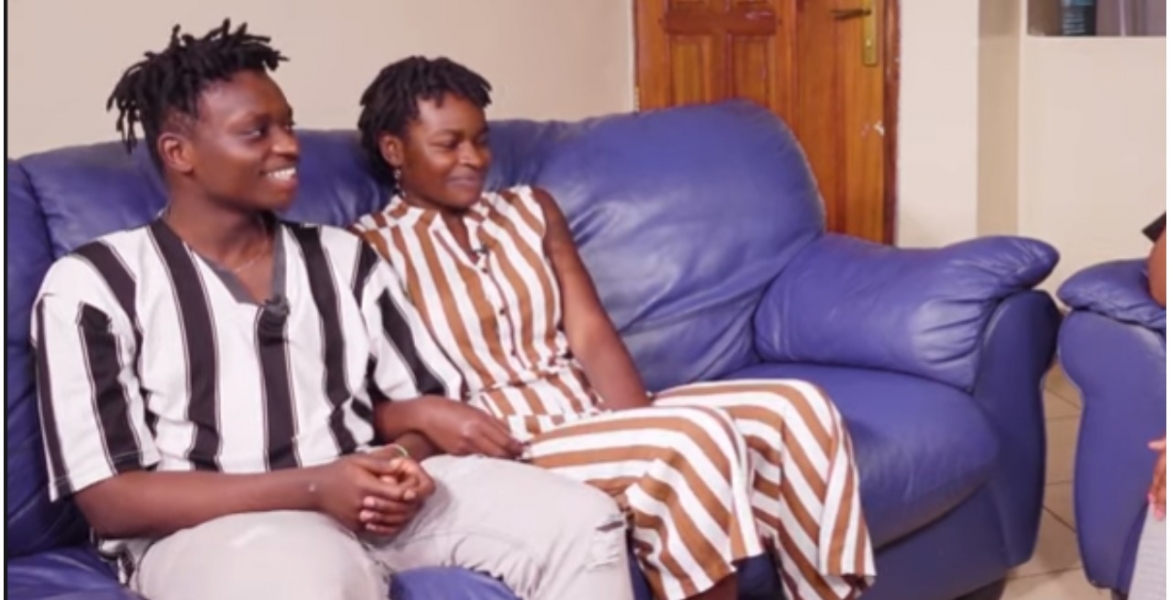 Two Kenyan lovers who caused a stir online last week after claiming they are twins and fell in love with each other have changed their story.

The two, Lexie and Bryan, posted videos on social media claiming they are married and even have a daughter together.

The ‘twins’ also alleged to have been disowned by their parents after going public with their relationship, forcing them to leave their home and start a life elsewhere. The two further claimed they tied the knot in a wedding that no one attended.

"We had a connection since were born, then we realized we were meant for each other. Our parents and friends disowned us, they said it was a sin and we got kicked out,” Lexie said in one of the videos.

"We moved out and stuck together. Our love grew stronger. We didn't give up on each other. He proposed and we got married but no one came to our wedding, we got married regardless.”

"I got pregnant at 17 and we gat a baby girl. Please Don't Judge, that's our story. I hope our love lasts forever," she added.

But in an interview with Tuko’s Lynn Ngugi, the two who are in their 20s came out clean, stating that they are doppelgangers and are not related by blood. They divulged that they performed the stunt to promote a show they intended to launch.

“People misinterpreted the whole thing. If they gave us a chance to air the show then they would understand we were trying to create awareness,” Bryan said.

The two apologized to their parents and Kenyans and for using someone’s child in their clout chase. The two lovers said they have known each other for about a year.

“To our parents and to Kenyans, we are sorry. We should not have lied about being twins,” the two said.

well well well, either Kenyans dont care about such salacious stories anymore,or they did not believe that it happened.I Judge this by dismal attention it garnered.
Now the truth is out,and I wonder where parents,relatives,and friends were so "quiet" as this scandal unraveled.Certainly asomeone would have pointed our the fallacy .In addition,these are not teenagers as reported earlier...
As for it being a publicity stunt, it could very well backfire and garner nothing from the exposure...Bad move.
But of most concern is if this was bad journalism -for lack of verification,or were they in on the "fake news"
risking to turn credible outlets into tabloid,and gutter rags...

This story is about Bryan and Lexie his River Between. The River Between two Hills (as Ngugi WaThiong'o meant to Tell but the Naive never Paid attention).

And the media should have done a better a job, at least preliminary investigation.

Social media STUNT.
Stop watching too much TV and stop believing in everything on social media.

I didn’t buy this bs when I first heard i about it. Like I said, people will do anything for clout.