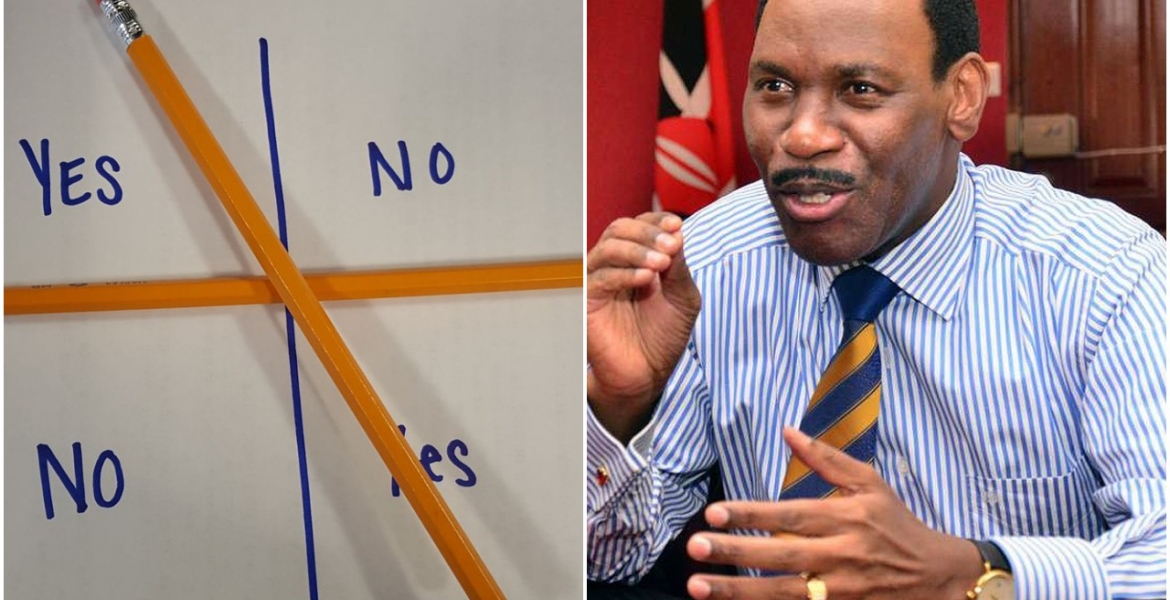 Kenya Film Classification Board (KFCB) CEO Ezekiel Mutua on Friday broke his silence on the ‘Charlie Charlie’ game that has gone viral on social media in Kenya and Africa.

Through Twitter, Mutua urged Kenyan parents not to allow their children to play the game, terming it demonic.

“Charlie Charlie game is demonic! Keep it away from your children. Summoning demons is not a game; it’s witchcraft. You are introducing your children to witchcraft,” he wrote.

He added: “These games are bad for kids. There was the “Blue Whale Challenge” and now this. Parents beware!”

Charlie is a ‘demon’ that is called upon to answer questions in the internationally popular game dubbed Charlie Charlie, which involves balancing two pencils in a cross shape over the words ‘Yes’ or ‘No’ on a paper.

Participants ask questions that are supposedly answered by the mysterious demon identified as Charlie, who moves the top pencil by rotating it towards either “Yes” or “No.”

Charlie Charlie has a long history as a schoolyard game in the Spanish-speaking world, according to The Washington Post.

It is alleged that Charlie refers to a child who committed suicide while others say he was a victim of a fatal car accident.

Here is what Kenyans online said about the game following Mutua’s warning.

Lydia Nyawira wrote: “You’re right Daktari, I support you, thanks for the observation. I noticed very queer episodes of that Charlie.”

Geoff Wageni wrote: “I said this before, never repeat some incantation words in a movie of dark powers as those words were used to summon dark powers. You can invite a devil into your house. Be cautioned.”

Kibugi Mwaura noted: “The cause for alarm can only rise if Kenyan kids will indulge in it. Kiambu family murder is a good case study.”