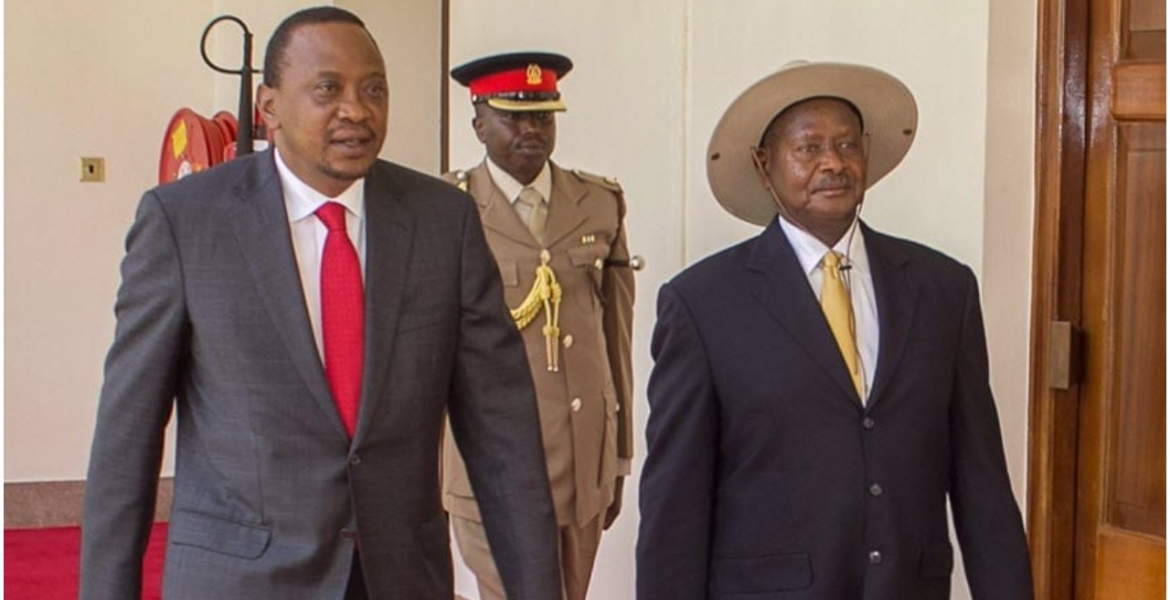 President Kenyatta’s congratulatory message to his Ugandan counterpart, Yoweri Museveni following his re-election has been flagged by Facebook.

Uhuru relayed the message through State House official Facebook page on Sunday, terming Museveni’s re-election as a “testimony of the confidence the people of Uganda have in his leadership.”

He added that he looks forward to continuing working with Museveni in deepening the strong bilateral ties between Kenya and Uganda for the mutual benefit of the people of the two Republics.

The post was flagged after an independent fact-checker, Pesa Check that works with Facebook, flagged some of the information as false. 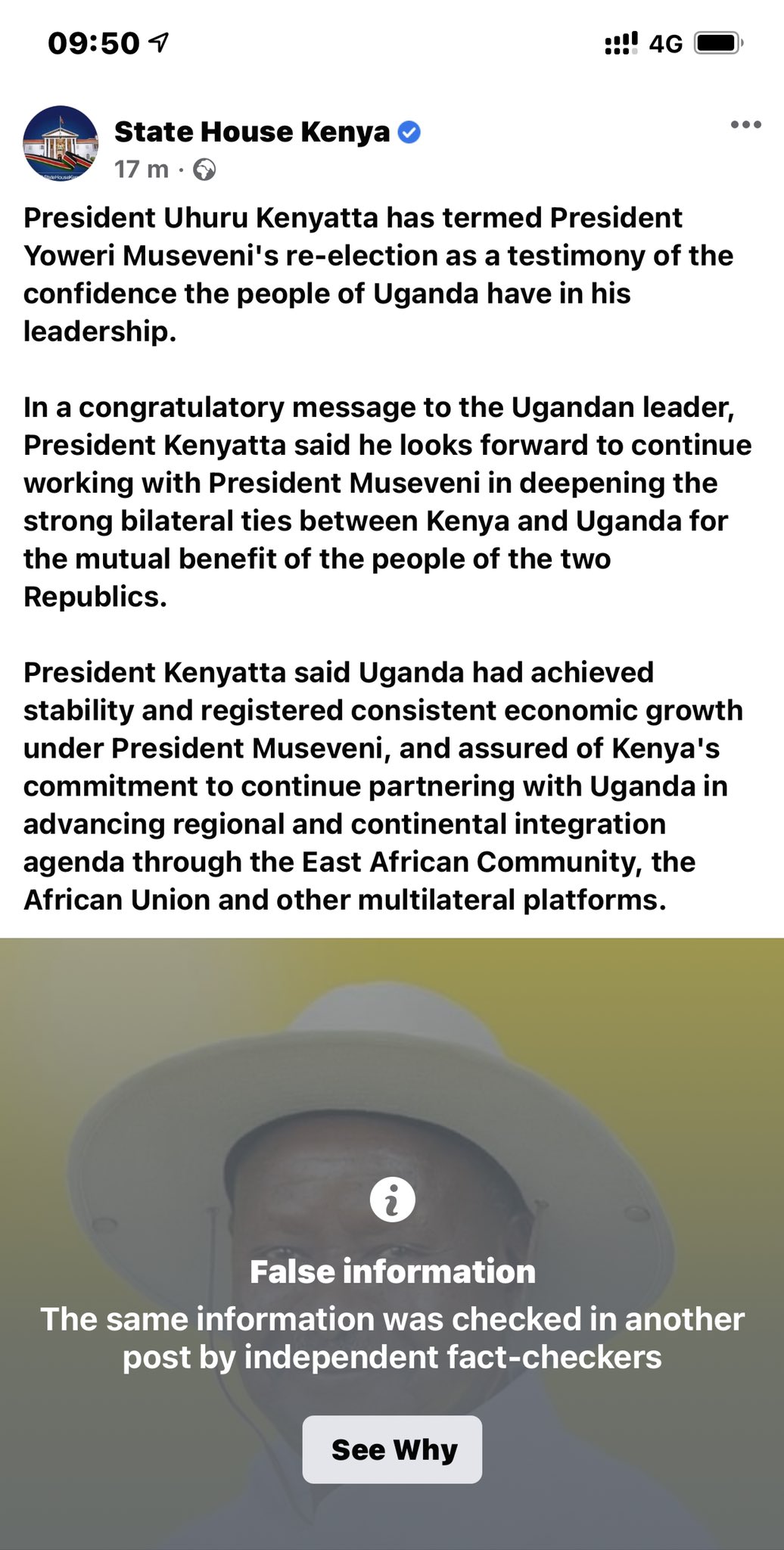 As a result, State House deleted the post from its social media platforms and is yet to issue a statement on the topic.

Dictators know each other. They are always bandmates.
REVOLUTION is always key to removing them.

Good.
It is time for Statehouse and Uhuru Kenyatta to come back to reality, where electoral fraud and physically assaulting people are actual crimes.

He has taken over from his mentor who can no longer user social media to spew lies.

Facebook is wrong on this one.i think Facebook needs to take a minimalist approach to its power. Otherwise over time it will invite pushback from various legislative quarters.

No @Kim, you are dead wrong on this one; Facebook is correct! Elections wasn’t fair, no transparency, you wonna tell me it’s ok for a dictator to lead for over 40 years? Come on now!! There’s no democracy in Uganda & we the Ugandans are not trilled!

This is fake news, FB will not flag a congratulatory message. FB is non political. Trump account was closed because he was using it to plan and execute violence.

Birds of a Feather.

BBI is the gateway to this type of tyranny rule.