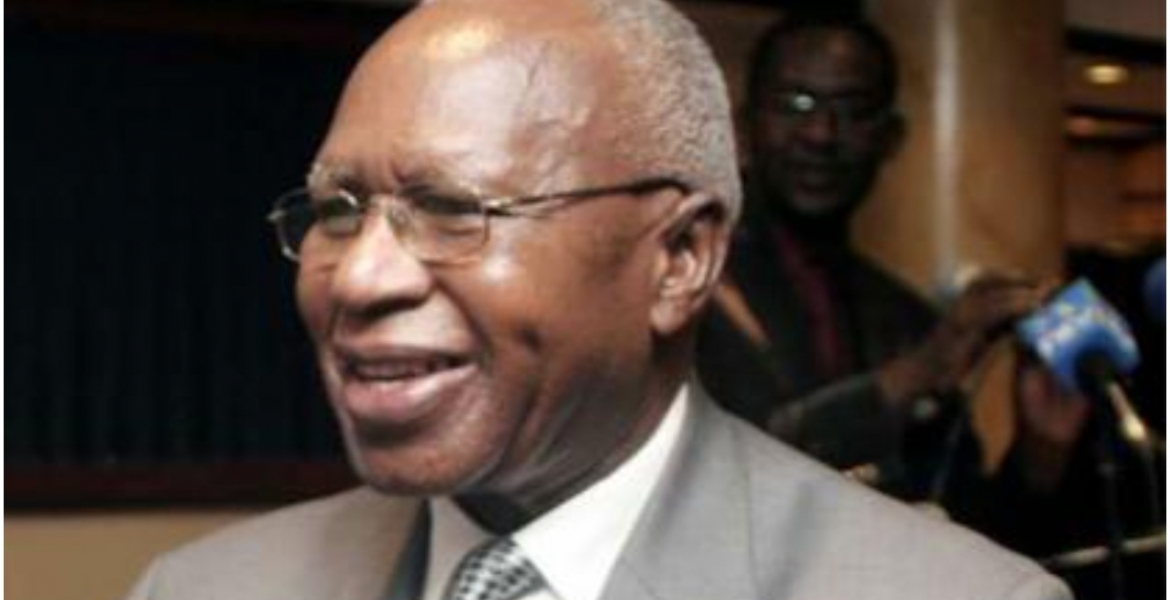 The family of former Cabinet Minister Simeon Nyachae has dismissed reports indicating that he is dead.

Rumors doing the rounds on social media on Wednesday and Thursday alleged that the former politician was no more.

In a statement on Thursday, the family said Nyachae is still alive but is currently admitted to the hospital.

“Mzee is unwell and in hospital receiving care and treatment. The said rumors are unfortunate and untrue,” his eldest son Charles Nyachae stated.

His other son Lee Nyachae wrote: "I would like to dispel the rumors circulating about my father, Simeon Nyachae. We appreciate the concern from friends and well-wishers. I would like to confirm that he is very much with us."

South Mugirango MP, Silvanus Osoro also dismissed the rumors about Nyachae’s death, adding that he is undergoing treatment at the Nairobi Hospital.

Since his retirement in 2007, Nyachae, 89, has been off the limelight, with reports indicating that he has been battling an undisclosed illness.

The former Nyaribari Chache MP served as the Minister for Agriculture and Finance under President Moi’s administration. Under Kibaki’s regime, he was in charge of Energy and Roads ministries.