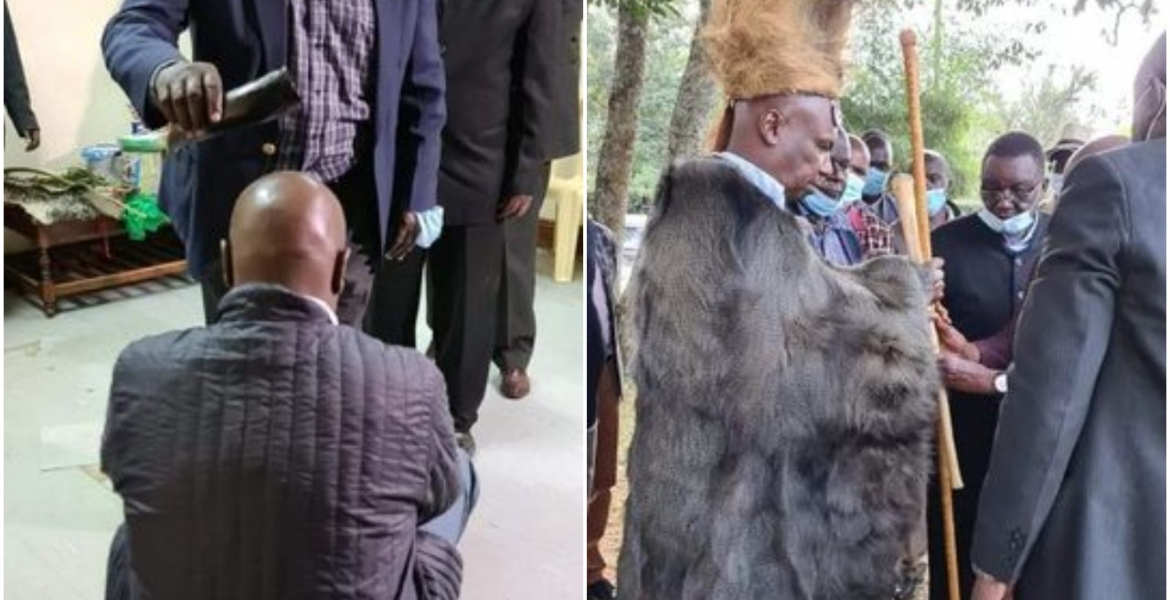 Baringo Senator, Gideon Moi has finally been installed as a Kalenjin elder in Kapsisiywa, Nandi County.

Moi, who doubles up as the Kanu party chairman, was crowned by Talai Elders during a three-hour ceremony that kicked off at 4:00 am on Friday.

A source said the elders handed him the community’s instruments of power and gave him the green light to look for the country’s leadership, according to Capital FM News.

The development comes three weeks after youths allied to Deputy President William Ruto blocked Senator Moi from being installed as an elder.

Rowdy youths chanting Ruto’s name barricaded the road leading to the home of Councillor Christopher Arap Koyoki, who was set to preside over the installation ceremony.

Moi, who was forced to turn back, blamed his political rivals for the incident, which he termed as an act of cowardice.

"We view this as an act of cowardice by well-known political detractors whose main pre-occupation has always been desperate attempts to curtail the ever-growing influence of other leaders in the region and to suppress the democratic space for their selfish interest,” Moi said in a statement.

The youths opposed the plan to install Moi as an elder, arguing that the position is held by Ruto.

The council, which brings together all the 11 sub-tribes of the Kalenjin community, also endorsed Ruto’s 2022 presidential bid.

Gideon Moi is behind the Kapendo killings.
Kamket is the foot soldier of Gideon Moi.

But, which part of Kenya will vote for Gideon??

The most Gideon Moi can get is 200,000 votes and that is on the very generous side.

He can’t tell Kenyans anything. They don’t respect him.

Gideon Moi has nothing to offer to Kenyans.
He's there because of his father, just like UHURU.
The money their fathers looted is what makes them.
They have no leadership skills.

Gideon Moi has nothing to offer to Kenyans.
He's there because of his father, just like UHURU.
The money their fathers looted is what makes them.
They have no leadership skills.