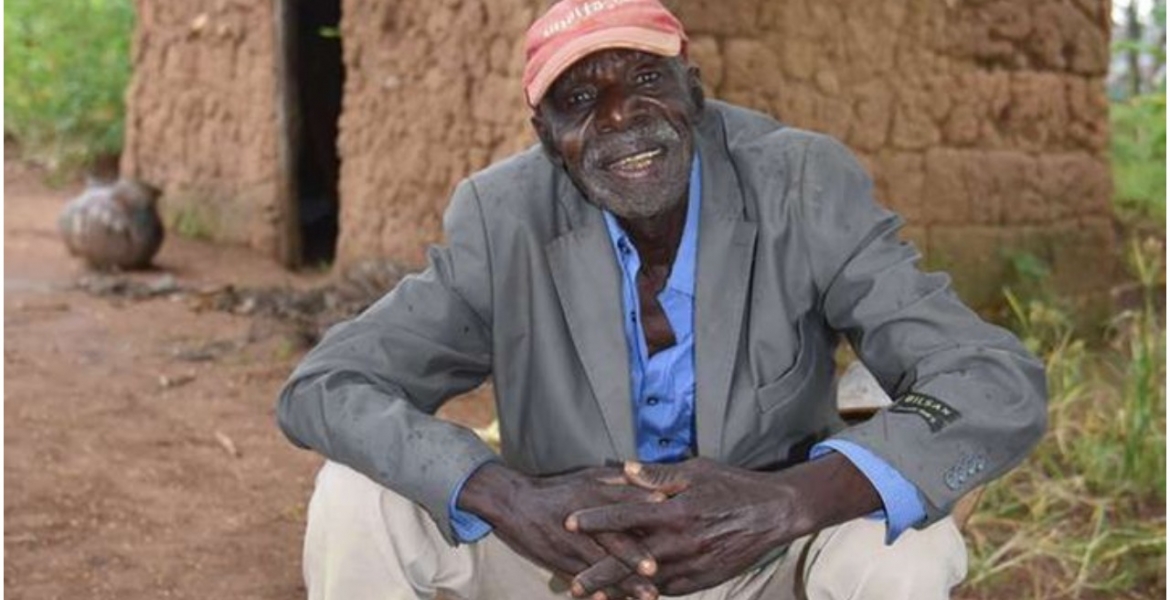 His family had given up hope of finding him, having unsuccessfully looked for him in among other places, police stations, and morgues.

Indek is reported to have left home for Bungoma to visit his uncle but ended up making the area his new home.

He told Nation that lived with his friends while looking for jobs, got used to the new lifestyle, and forgot about his family. He married there and was blessed with three children.

“I have been working for people, tilling land, harvesting maize, and doing other menial jobs. I don’t know why I never thought of returning home.”

“But I think it was because of some of the good friends I had, and who always gave me a pleasant company,” he added.

Indek says he felt the urge of seeing his family again, and spend some time with them before he dies.

He requested his employer to help him locate his home village using Google Maps as the only thing he could remember was the nearest school—Kolait Primary School.

His employer, who owns a private car, offered to drive him to Kolait, where he was welcomed by his 71-year-old brother, Erneo Okadapao.

“I was heading to the shamba at around 8.30 am when a saloon car stopped next to me. I got suspicious when the driver whom I didn’t know, opened the window and called me by name,” Okadapao stated.

Although he found his parents passed on years ago, Indek received a warm welcome from siblings and villagers.

“Even though I did not find my parents, I thank God that I am able to see my brothers and sister. We will stay together for the rest of our lives,” he stated.