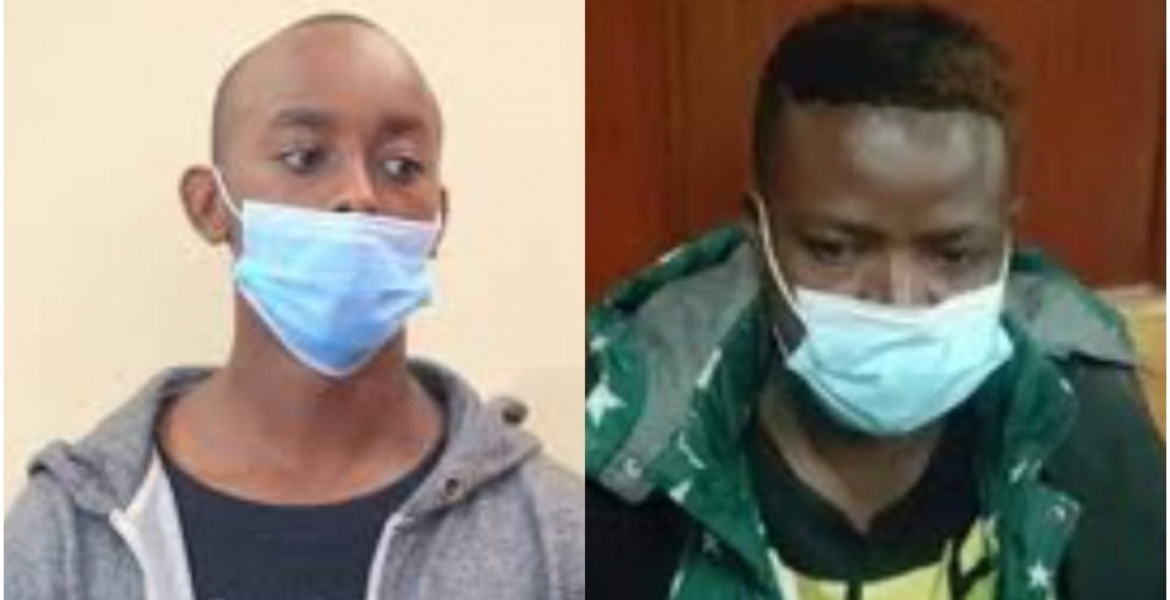 A matatu tout on Thursday told a Nairobi court that he fears for his life after he was put in the same cell with murder suspect, Lawrence Warunge.

He argued that he feels unsafe staying in the same cell with Warunge, who allegedly confessed he killed five people including his father, mother, brother, cousin, and a farmhand.

Orinda, 27, also told the court that his belongings including his innerwear and shoes were stolen while in remand.

“Your honor, they took off my shoes and trouser and I am being held with another suspect who killed five family members. I am scared my life is in danger,” he said.

The court ordered Orinda to undergo a mental examination at Mathari National Teaching and Referral Hospital in Nairobi.

Orinda, who is charged with causing disturbance to his 45-year-old wife, last week left the courtroom in stitches after he admitted to smoking bhang to understand the Building Bridges Initiative (BBI) report.

He added that drinking Blue Ice beer and smoking marijuana makes him drool over older women.

“I was high when l approached my 45-year-old wife with whom we have two beautiful children. l am never violent. When l down Blue Ice and a puff of bhang l become very high and sexy. I see older women as if they are young women of my age. I make them happy and they feel very nice in my hands,” he told the court.

He pleaded guilty to creating a disturbance by insulting and threatening a woman on January 11th, 2020 at Revlon Plaza along Biashara Street in Nairobi.

Who needs mental evaluation, this guy or the judge?

Can Magistrate Mutuku explain why she remanded petty offender like Orinda in the first place?Or is it just the myth that makangas are mad people or belong to lower class?Martha should acquitt the guy aende akatombe bibi yake muzee sawa sawa.