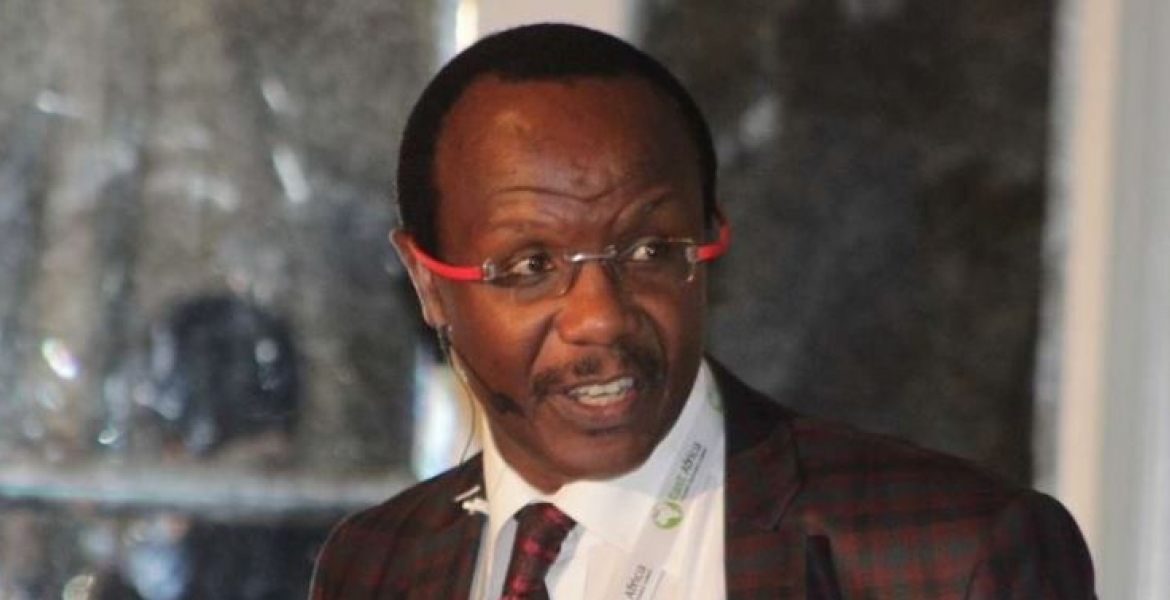 Economist David Ndii has renewed calls for the legalization of marijuana in Kenya.

Through Twitter on Wednesday, Ndii admitted he used to smoke bhang while in high school and still topped in his O-level examination.

“Marijuana was criminalized by colonialists. It follows that if we decriminalize it, the crime of smoking bhang will cease to exist. I smoked bhang occasionally in secondary school (age 12-16), still topped my school in O-Level exams,” Ndii wrote.

Ndii further noted that the number of bhang smokers in Kenya exceeds that of cigarette smokers, terming its prohibition as a “continuation of colonialism.”

“Smoking of marijuana is widespread. In fact, we have more marijuana than cigarette smokers. I am aware of the problem of alcoholics needing rehab, where is the similar multitude of marijuana addicts?” he posed.

Ndii, together with Narok Senator Ledama Ole Kina, have been vocal about the decriminalization of marijuana in the country.

No wonder, you’re so controversial David Ndii. It should have affected your brain!

He looks doped up all the time!

He right in some sense! Medically, you don’t see weed addicts in the ER! It’s adverse effects on brain function is barely there! People will still smoke it weather legal or not! USA gave up war on marijuana!

Liberal lion. Ive seen smokers of bhangi who've lost their minds and have a long senior moment during simple tasks. Cannabis good for ndii but not everyone.

Unless mixed with other substances!!

When a government does not want to deal with the grandmaster thieves causing suffering and death of our citizens, the next best thing is to arrest chicken thief and the idle bhangi smoker across the street to deceive the common mwananchi they are doing something about crime. Ndii thankyou!

Hayaiii hii Mambo ya smoking weed is gaining momentum or is it confession time. Sonko was at it the other day naming his smoking partners. Ndii, Sonko and his smoking buddies should have their day in court. Last time I checked smoking this stuff could land you in jail.

It is a drug and that means it affects people differently and contains addictive substances.You are not a medic or a picture of perfect to offer your self as an example.The Coast is already suffering through heroine addiction imported by in humane Arabs who look at Africans as animals,the population of a certain community is said to have gone down because their men would rather partake of cheap brews than populate .Here you go trying to legalize yet another substance so as to make a few bucks.Political “has been” belong in the dustbin.Kenyan youth do not need your lies.

I knew all a long this dude is always on something crazy! So big deal you friend you brains at that early age!!

I think this Ndii fellow has a profit motive in advancing this legalizing marijuana pitch.
He will have these rich investors from USA who grow marijuana there under strict conditions,and have them here where they can buy,and bribe their way.And from the proceeds, Ndii gets a generous cut.
My question to Ndii is, with all the drugs,and alcohol problems we have in Kenya,why does he want to exacerbate the situation?
He should be offering solutions to our societal issues.This just shows that some of these so called learned comrade are no better than the regular joe-six -pac.

Ndii is right but am not sure Kenyans are mature enough to use this information responsibly. It could be the next ‘gunia’ epidemic if publicity endorsed

Wow! It all makes now.....should have known something in the milk ain't right! Makes sense!

So because you smoked and passed.. You now want me to do same.

Shame on you for advocating for such.

You and jail should kiss each other

Of all people i would not think Ndii would promote marijuana his uncle having died of cancer caused by too much bhang further more he want us to smoke with him - EXPOSURE TO MARIJUANA smoke is three times more harmful than exposure to tobacco smoke- He is at the same time is a DIABOLICAL LIAR . was bhang allowed in boarding school ? would his parents not have noticed? who is DAVID NDII? we only know him as economist but who is he really> he can smoke his bhang in his house but leave kenya to grow we have to eat first before we can afford bhangi NDIIIII stop it stop hurting others maybe your parents are hurting when they read your arrogance and pride for nothing nothing at all