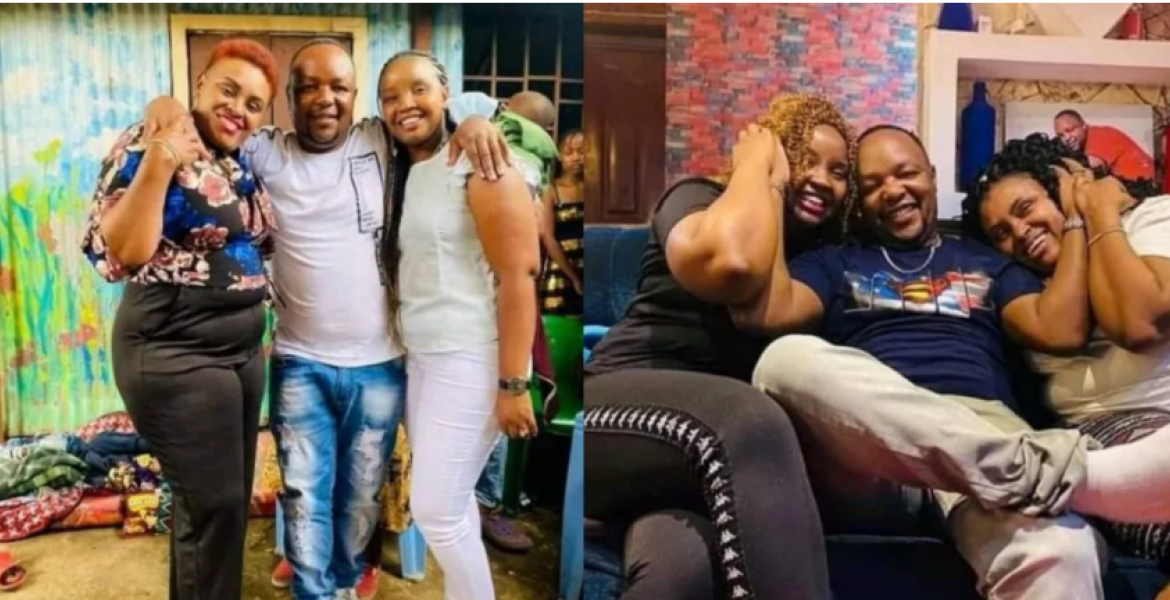 Controversial Kikuyu gospel singer, Muigai wa Njoroge has told off Kenyans who have been vilifying him for practicing polygamy.

Speaking during the burial of the late ‘Mugithi’ musician, Mighty Salim, Njoroge insisted that polygamy is not a sin and urged Kenyans to stop judging him.

The ‘Wendo Uria’ hit-maker indicated that he was not compelled by anyone to marry his two beautiful wives, who live together happily.

“Stop judging me for having two wives. Having a second wife is not a sin, we have our lives as musicians. Some people who are here today have more than one wife but nobody asks them since they are not famous. But when God helps Muigai to add one more wife, the whole world starts fighting me,” said Muigai.

He also told Kenyans to stop the behavior of judging celebrities over their marriage life, adding that there are many Kenyans who are polygamous but do not go through such attacks and criticism.

“You want me to grow old so I can get another one? I am not a nun. Let us live our lives. I loved her and I could not live her to stray around with my kids.” added Muigai.

This Muigai guy announced to everyone he was a polygamist(and by the way, noone had asked him) and now he can not take the heat. What is going on? Meanwhile Sonko is crying in court and prosecutors are consoling him. What got him in that situation? His tongue!! Lesson: "A fish with his mouth closed never gets caught." Fuad Alakbarov

What is the difference?

You are lost you gospel simgers eat money and forget your God. Do you read the Bible upside now shame on you who pretend to be gospel singers fake fake mafi ya kuku wewe

Builder, hadn't thought about that. It should be traditional songs while facing Mt Kenya. Otherwise, it's Christian gospel in Kikuyu language

King Solomon had 500 wives and a bunch of mpango wa kado...
Let him have fun...
You can only have more than one if you have money.