He Almost Killed Me: Sonko's Daughter Saumu Mbuvi Speaks on Break Up with Senator Anwar Loitiptip 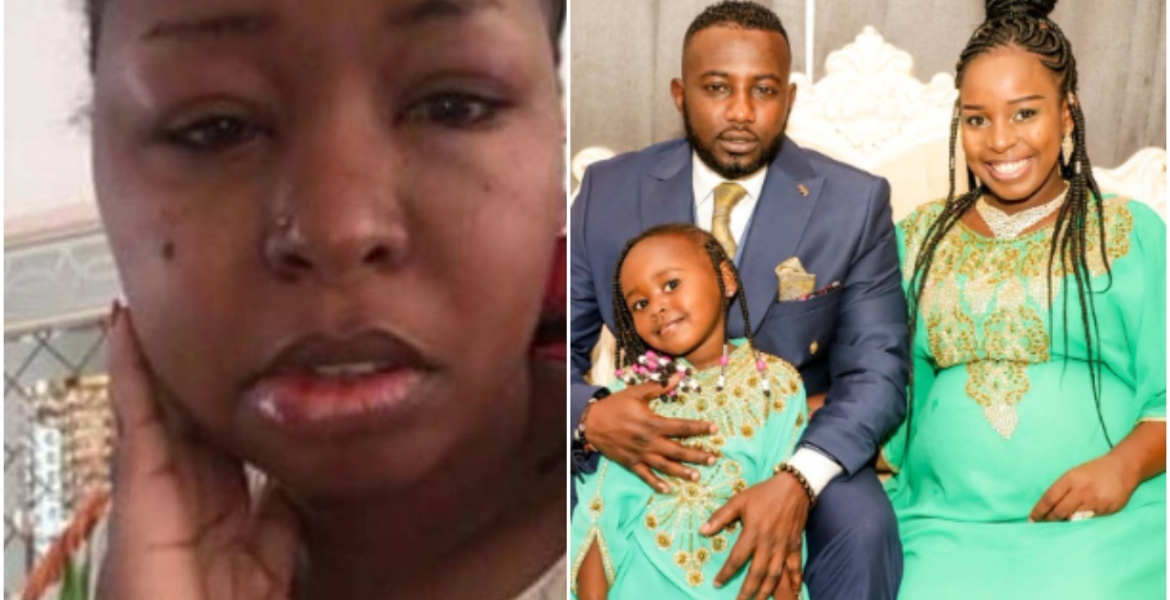 While responding to questions from her Instagram followers, Saumu said Senator Loitiptip was abusive and nearly beat her to death at one point.

“Yes, I broke up with him there so much I didn’t share but I will,” Saumu responded to a fan.

She went on to share a photo showing the injuries the young politician inflicted on her face, adding that women should never entertain violent men.

“This are the things he did to me… he almost killed me. I will forever fight for women to stand for their rights. Never allow a man to be violent to you,” Saumu added.

She further refuted claims that the two were married, saying that they were only dating.

The two began dating in 2019 after meeting in Mombasa, where Saumu was on holiday while Loitiptip was there on official duty.

Saumu, 25, had just broken up with her former boyfriend Ben Gatu when she met the Senator. She said Gatu, with whom she had one child, was violent.

Saumu and Loitiptip were blessed with a baby girl in March last year.

Sorry for your suffering sister.No woman should endure mistreatment,especially a beating from aman/husband.
I dont know if Anwar is a muslim,if he is,I am sure you have learned by now that muslims are allowed to beat their wives who are deemed "out of line" that is,so long as they dont draw blood. Its in the Koran.
I also think that your selection on men is alittle suspect.Two abusers in arrow says it...
My angle on this matter is political.I hear that cases of marriage in muslims societies should be settled in Kadhi courts.To me as Kenyans, we should be subjected to same laws regardless our religious beliefs or leanings.Therefore any abuse,and punishment should be uniform.I believe one female legislator in Kenya tabled such abill,but it was shot down. Any takers?

She is going to have several baby fathers..watch

Wait, this is the same woman who was flaunting here her daddy's drug wealth and brushing off the Senator's first wife.

Of all men in Kenya, the politician is the least cultured and least gentlemanly. I don't know what women see in these miscreants.

I understand that no girl should ever go through this, but sometimes a child's upbringing also plays a big role on how they develop and become.
Social media kind of lifestyle isn't for all.
Hopefully SONKO will take care of business because if you're my daughter, this would have been a totally different story.
GOODLUCK thought with the next one.

Slow down and raise your kids.Bedhopping all over the place is for single women with no children.Those flamboyant displays on social media did not help you from being twangwaad by hubby.Despite your father being loaded it appears he did not impart knowledge or wisdom that money alone cannot raise the children .You appear confused and looking for love in the wrong places.What happened simple Kamba man not good enough for you?