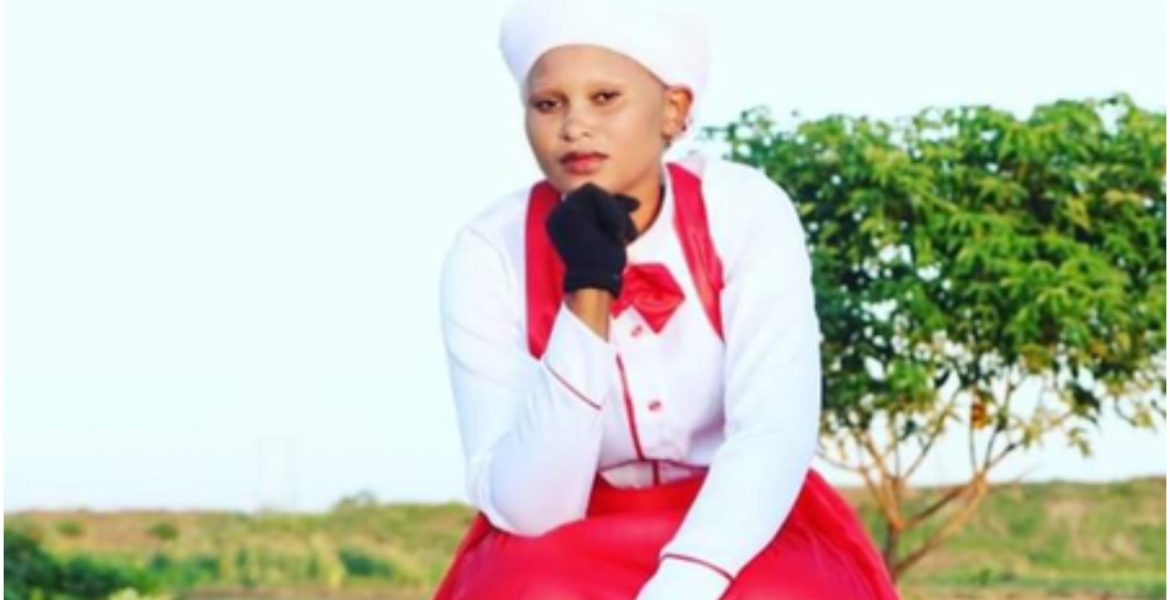 A Kenyan Akorino woman whose nude videos leaked and went viral on social media late last year has spoken out.

Speaking during a recent interview with an independent journalist, Susan Namu says her nude videos were being sold online for $2 (Sh200) after they were leaked on the internet by her diaspora boyfriend, whom she had never met.

“I thought he was joking when he threatened to leak the videos. I was very shocked when I saw the videos sent to my WhatsApp by strangers,” she said.

Susan, who is a gospel singer, says she dated the US-based Kenyan man for almost four years but they had never met physically. During the period, she says they engaged in sexual pleasure by exchanging nudes and video calls.

Following a misunderstanding, Susan says the man threatened to post her nudes on social media, a threat she shrugged off.

“We had a small issue that I did not imagine could lead to this. When he threatened he would leak my nudes, I angrily told him he could do it. I also had his nudes but I did not threaten to leak them,” she noted.

She suddenly started receiving numerous messages on her WhatsApp from unknown contacts along with the nudes she sent to the boyfriend.

“I became numb and could not leave my house for a long time,” Susan narrates.

Susan says the videos tainted her image and being a gospel artist relying on community events to earn a living, she lost many clients.

“He [the boyfriend] reached out and asked for forgiveness saying he did not mean to leak them. I forgave him and told him we could not change the situation now.”

“If he comes back wanting to get back together, I would take him back because he was a good man. However, I would not send him nudes again,” she added.

Susan, who was born, raised, and educated in an Akorino family in Embu County, reveales that she still suffers stigmatization from people in her community, adding that men flood her timelines seeking her “services”. “I get a lot of messages from men who want to meet me or others who just want my nudes but I always block them,” Susan says.

My beautiful Akorino sister run when you are still ahead. I'm not sure what you expect from this American dude you speak off but he's already shown you that he's not to be trusted. Don't ruin your dreams over village mentality of marrying an American man and being whisked to the land of honey. If you ever do that, you'll be miserable in America with no-one to run too. DON'T TRUST THIS MAN EVER AGAIN!!!

Ok I hope this is not an advertisement

Ruin a life for just $2? How low can our Kenyan roots bend?...but but black people in America are useless...they will do anything...but we don't see ourself and our Kenyan born youngster/siblings doing the same Sugar Honey Ice Tea.

Wtf are you talking about? You must’ve smoked a fat one. You trying to defend her, I suggest you watch the video...she let the whole world know what’s underneath the covers. She should’ve known better.

Exchanging nudes with a stranger girl? Not in this age of social media. But I am sure you have learnt your lesson now, and also taught one to many people, inadvertently of course.

Interesting,In what way if the fellow good? This is the risk people who engage is such activities take,is it worth ?

Sad to hear this sharing stuff without consent. She's courageous to come out and repent. A God fearing Ayesha Curry of GS Warriors shared hers publicly recently for more buck. She maintains her conservative beliefs still.

Why are some parts of human beings body regarded as ‘private’ and not others? This is a social construct! Free your minds folks and show any of your body parts to whoever you feel like!! Its all about making yourself happy, you cant please everybody. You have to please yourself. And yes, there is nothing wrong with self-pleasuring especially in today’s world where even marriage does not guarantee sex-on-demand! Let Susan roll! She looks sawa, and yes I love wild free women! In fact she sent the videos to the man she loved, nothing wrong with that nyi washamba.

Hahaha @ Sijali, I have raised this issue before.Look at Indian tribes in the Amazon, they walk practically naked.One mzungu lady joined them,and when she wast told to undress,she refused. Then they asked her the same question,"Why are you ashamed of your body".Come to think of it why are we really not comfortable with exposing ourselves?Could it be that we look horrible,and clothes mask our ugliness?And who sets this standard of beauty?Its all in the mind.We should take a lesson from our cousins the apes,and monkeys,on how to not be ashamed of your bodies.

She is beautiful. But without any concrete information about who her US based boyfriend is, I think that that she took the videos herself, and posted them herself. She cannot reveal who the 'boyfriend' is, because he does not exist.

The boyfriend is real. Again just google. He even talked about it on Tuko news and apologized for sharing her videos. @sijali...you nailed it man/woman. So well stated.

Susan Namu is just human just like all of us. She made a stupid mistake on social media.
But she a strong lady coming out and admitting it.
PLEASE LET'S TAKE THE LOGS FROM OUR EYES,BEFORE SEEING THE SPECKS IN OUR SISTER.

This is issue has solicited myriad of reactions,most being against what happened.I would like to add another wrinkle to the mix,hypothetically.
If some rich fellow,or playboy company offered her 50 million dollars to pose naked.How many will be saying,Go girl?"And if she agreed,and if she turned down the offer will some look at it as alost opportunity? Just curious.My point being our morals seem to be on asliding scale,or better known as situational morality.Iam also aware that a society that"objectifies" female bodies to the point of"obsession" reactions will vary.Anyway, just arandom thought.