Nominated Senator Millicent Omanga: How I Became a Millionaire at 19 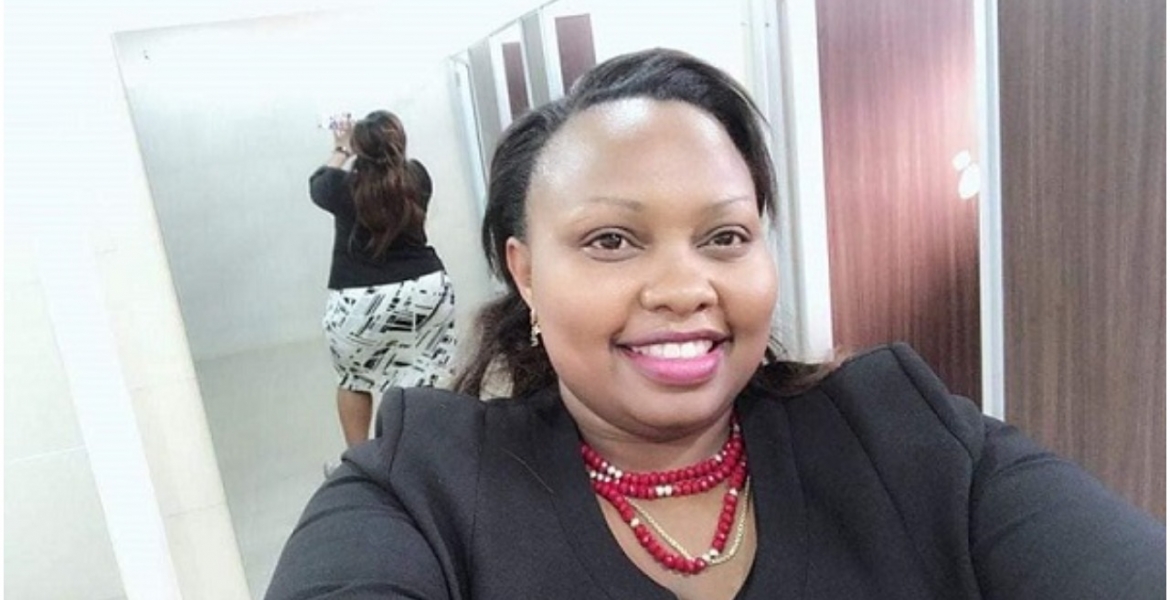 Nominated Senator Millicent Omanga says she made her first million when she was only 19 years old.

Omanga, who spoke during a recent interview, said she started her entrepreneurial journey during her undergraduate studies at the University of Nairobi and earned her first million inside a year.

“By 20 I bought a new car and I was still in the university. I would use a portion of my school fees to buy a few things in Eastleigh that I would later sell at a profit. By exam time I had made profits and I would use that to clear my fees,” said Omanga.

She added: “I was selling everything including bedsheets. I am one of the biggest bedsheet suppliers in the country.”

The politician divulged that she made her first million after she won a tender to supply bedsheets to an Eldoret-based hotel, which enabled her to begin importing items from abroad.

“I had capital (after making Sh1million) and I knew I would get a good car in Dubai. I paid the deposit and got some more items,” she said.

Omanga, 38, served as a director of the Kenya Electricity Generating Company (KenGen) from 2013 to 2017. In a past interview, she said she would still be selling bedsheets if Deputy President William Ruto did not help her secure the appointment.

“This is one man who believes in the leadership of the youth,” said Omanga.

Following the 2017 general elections, Omanga was nominated to the Senate by the Jubilee Party.

Were it not for the tender would you have really earned that one million.You are a “tenderpreneur” and tenders in Kenya are awarded to those who are connected.So your message to the youth is what exactly.Hustler is slang for theft I guess it is by any means necessary steal it if you have to .There are already too many thieves in government we do not need to mold the youth to become thieves

She may even have been Paid/given CAPITAL by the Eldoret based Hotel before Delivery of the Bedsheets to the Hotel. And it's because many Rags to Riches PLAY this TRICK Lots of Times in Kenya (the most Corrupt and Money Laundry country in the World).

Yes, ulifungua miguu for that tender (eldoret north mp at that time, who was?)and ‘connections’ to be a director, again by who?? Yes I said it, team hustlers, team wezi! Mshindwe!!!

Offcourse she was selling "bedsheets" when Rutto discovered her demonstrating how to make a "bed" with that great smile and body. We were surely raised in kenya where 99% of women become successful entrepreneurs out of high school. A few notable men Joho and sonko sold powder at tender age hence the success

Off topic but why are so many Kenyan politicians so fat? Starting with Uhuru who looks like he might be carrying twins on down, it seems to be an epidemic of fatness.

They (politicians and many high profile Kenyans) all feed on the wrong diet of nyama chama which cause grout, obesity and serious body nutritional needs. The president needs to exercise and stop drinking too much! They also never go to the doctor for regular check up until it is too late! Kenya is becoming a nation of fat people. It is not cool to exercise or walk any more; hence the obese population across the country!

Just look at how fat Omanga is and she thinks that is physical beauty while she is risking other health problems including a heart attack due to high levels of cholesterol and bad fat! These politicians are in terrible health status and they don’t know!

I wonder if there would be such degrading comments if she was a man who has reported success. When it happens with men, we mainly see praises and admiration. I wonder how many witnessed her 'opening her legs' to write so knowingly! There are women raising children in communities, supporting siblings and parents, trying to make it happen for themselves etc., uplift. Hio spirit of degrading women who appear to progress ishidwe kabisa!

Mundumugo ru those idiots who thinks bin skinny is the best lifestyle yaani watu wakonde hawezi kufa???People r different fat/skinny/black/white/ but what turns out for me is the values/respect to yourself.One of the complicated human beings I have come across is skinny people??Anyway Omanga should come out clean n tell us how she made that 1m ksh at age 20.

Being skinny isn't always always healthy - crackheads and meth heads come to mind - but don't lie to yourself that obesity is healthy either. You live in Kenya so ask yourself where do you think that money for choma na pombe is coming from. Or do you think Uhuru is a picture of health? I don't know him lakini hio macho na tumbo ni ya mlevi. Ni pesa yako hawa wakora wanakula. As for Omanga, if she made her money honestly, then good for her but since the lifestyle audits were forgotten, you'll never know. You're full of ideas, run for office and be the change you want.

Ruto taught Omanga how to conduct magendo through corruption and theft! All the reason you see her hanging out with Ruto. She is the woman has almost destroyed mama Rachel’s marriage!

She is a home wrecker who mocked around with high profile men for business deals! She is One of the big TangaTanga thieves!

Omanga is 38 and looks like she is in her 60s with all that fatty body? Na-wow!