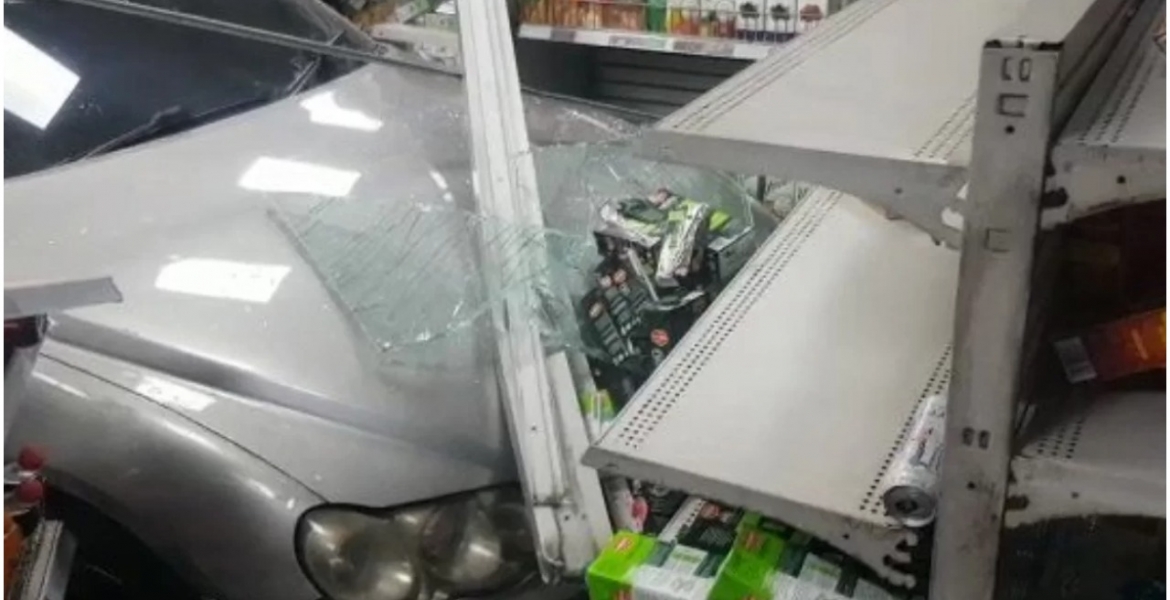 Property of unknown value was destroyed after an alleged drunk driver drove into a convenience store at Ola Petrol Station in Westlands, Nairobi on Saturday night.

The Toyota Mark X registration number KBW 056K crashed into the glass front entrance as it made its way into the store.

A video shared on social media shows the aftermath of the crash, with the floor littered with pieces of glass, soft drinks scattered all over and a crowd gathered to catch a glimpse of the incident.

22:44 VIDEO: Drunk driver has driven into the convenience store located at Ola Petrol Station near ABC Place in Nairobi. pic.twitter.com/YYNv0N37RK via @VDJClyde

Eyewitnesses said the driver appeared intoxicated during the incident and may have fallen asleep while driving or lost control of the vehicle.

Dressed in a navy blue jacket, the driver is seen making calls and struggling to exit the vehicle, which was trapped between shelves.

Reports indicate no one was hurt during the incident that happened a few hours before the start of the curfew at 10:00 pm.

Aggrey Alwala noted: “He thought was entering his garage.”

Likely no body on the ground was injured. Its there ever was a time to quit drinking this is it.Could have been worse.
Unfortunately, knowing how Kenyan drivers flout the law,and bribe, short of being imprisoned, this fellow will be back driving.ButI hope that he would be stopped.Next time may not be so fortunate.